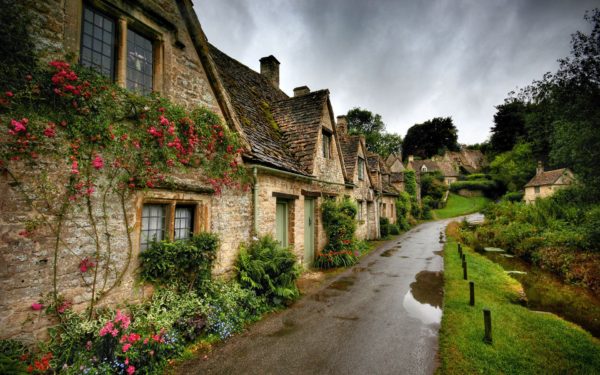 Western Civilization has reached a fork in the road. Our system has failed with an interweaving of dysfunctions — ecological, financial, political, demographic — brought about by its pathological quest for equality. Its people live in existential misery and fear but are afraid to leave behind the system they know.

While the global Leftist press blames capitalism for our current financial collapse, sage observers note that we have not had “capitalism” for some time, only a hybrid system with heavy regulation that nonetheless permits oddities like the selling of debts as assets.

That realization leads us to see that we cannot blame our economic system alone, and that something is wrong at a lower level in our civilization. The design of civilization we have chosen has failed which is what always happens when a society constructs itself around an illusion.

In our society, that illusion is the equality of all people, or its ancestor, the idea that a central authority should test people and award power based on those tests, instead of choosing the people who are all-around the best and entrusting them with money and power.

And this, in turn, raises the most important question: Why should you trust a relative more than a stranger? This is the eccentric core of our problem. It is the question of the love of oneâ€™s own. It is a matter that stands at the heart of any understanding of how humans behave and whether that behavior can be predicted. It also contrasts sharply with a competing vision of love â€” the love of acquired things, a tension that defines the last 500 years of European and world history.

The idea that this acquired love, which includes romantic love, should pre-empt the love of one’s own introduces a radical new dynamic to history, in which the individual and choice supersede community and obligation.

Let’s begin in an odd place â€” Shakespeare’s Romeo and Juliet. The subject of the play is the relationship between these two kinds of love. Romeo and Juliet are born to different families, different clans. These clans are at war with one another. Romeo and Juliet fall in love. The question of the play is this: Which love is pre-eminent? Is it the love to which you are born â€” your family, your religion and your tradition â€” the love of one’s own? Or is it the acquired love, the one you have chosen because it pleases you as an individual?

In this passage, “acquired things” are external traits, no matter how internal they seem. These are brought on by what Tom Wolfe calls homo loquax, or speaking man, who has the ability to influence other people with mental visions transmitted through linguistic tokens. Acquired things (then) are a product of socialization, or the luxury of advanced societies to allow social interaction to become the primary activity.

This forces a division upon the individual. Acquired things and inner things overlap, often, forcing the user to choose between one or the other as the means of expression of a certain type of need. One case of this type involves the nature of patriotism:

Patriotism means no more and no less than love of one’s country. This includes its landscape, its people, its culture and its history but also something more, an indefinable spirit that nevertheless is clearly intuited by any real patriot. It is a natural and good human feeling. The man that does not love his country is not to be trusted because it is highly unlikely he can love anything. You may recognise certain things are wrong with the country but you do not fundamentally want to change it. It’s the same as with a person. If you want to completely change a person you purport to love then you don’t actually love that person at all. The patriot may hope for certain things to change but a root and branch transformation is the last thing he wants. When the left now claim to love England or America or wherever but want to radically transform them, or show no sign of concern that they are being radically transformed, you can bet your last dollar that they don’t love those countries at all.

Inner traits are not deceptive because they are inherent to the individual. External traits are where the individual can put on a show, use symbols or language to deceive, or otherwise disguise pathologies or manipulate others through behavior tropes that have emotional value to them. A good politician, actor, con man or psychologist will know how to execute deception regarding inner traits by using outer traits.

This gives us a split between inner and outer patriotism. Outer patriotism is allegiance to ideology and to the political form it has taken in a specific nation-state; inner patriotism is love of nation as an organic whole, meaning at a level lower than the political state, such as traits — landscape, culture, heritage, history, customs — which signify a place and its identity.

In turn, that realization leads us to the core of Alt Right thinking: genetics is the root of the nation. A nation is defined by its people, or rather that it is comprised of a people, and this inner trait is the precursor to all outer traits, not the other way around. We cannot enforce outer traits in order to produce the inner. We can only use outer traits to protect and nurture the inner.

This idea shows up in popular fiction, including the recent adaptation of the works of J.R.R. Tolkien:

THÃ‰ODEN
They will break upon this fortress like
water on rock. Sarumanâ€™s hordes will
pillage and burn, weâ€™ve seen it before.
Crops can be resown; homes rebuilt.
Within these walls, we will outlast
them.

Meta-patriotism states that a nation consists of its inner traits, and those arise from its people. Meta-patriots must avoid being deceived by the idea that external patriotism, such as allegiance to a flag, political system or economic system, can replace the inner traits that actually define the nation because they are hard-wired into its people.

As the West recognizes what a disaster the past thousand years have been, one change that lurks on the horizon is a rejection of outward traits. The most advanced societies encounter the most advanced problems — some reward! — and the question of language, ideology and symbol has bewitched the West for some time not just because of its high average IQ, but its general seriousness and goodwill.

Symbols are universal. Under them, all thought becomes universalized, or focused on a shared consensual hallucination based on the presumed values of tokens. These are presumed to be equally understood by all people, because otherwise this order would be nonsense, and so these symbolic regimes tend toward the universalist, or insistence that all people are the same as far as inner traits go, or “equal.”

With the restoration of inner traits, which may be a first and last line of defense for civilization, the power of language and appearance is deprecated in favor of looking at the lifetime history of individuals as a kind of curved graph where observers can discern an overall motion. No single event can demonstrate inner traits, but over time, a pattern emerges.

This is what the civilization-destroyers fear. This subtype of human being which occurs in every civilization is defined by its need to make its own ego come before civilization and reality. It uses symbols to manipulate appearance because it is compensating for a lack of its power in reality. But with symbols, it has power, and if it mobilizes a collective group based on the same symbolic idea, it can force society to obey its self-important demands.

Civilization-destroyers depend on the primacy of external traits, or at least their competition with internal traits, in order to achieve their power. At first, this seemed like a good idea because in the short-term, it made society more efficient; people were told directly what to do instead of bumbling bovine-like toward the conclusion eventually. But the high cost was that once this power was achieved, it could be manipulated by others, where inner traits cannot be.

As time goes on, our meta-patriotism will be further brought into conflict with our outer-patriotism. Meta-patriotism is nationalistic, or loyal to the founding group, and it is like human affection not based on perfection or ideology but acceptance of imperfection as the cost of identity, in that our internal dialogue over the acceptance of that imperfection drives us to love our native lands.

Outer-patriotism on the other hand is symbolic. One must obey the right flags, newspapers, issues, pundits, and social trends, panics or manias. This is quickly hijacked, in a de facto “false flag” approach, by those who wish to use the power of the nation against it.

At that point, we enter the realm of palliative care. The patient is dying; anything that makes the patient healthier also makes the disease stronger, and the death worse. And so most people do nothing, instead of realizing that biological metaphors are just metaphors and civilization can be restarted by removing the bad and improving the good.

That, however, is why you will not find this blog in the top ten on the right. People like emotional gestures, especially hopeless ones, because then they can shake their fists at the sky and go back to doing exactly what they were doing before. Perhaps that is the first stumbling block on our journey back toward meta-patriotism.