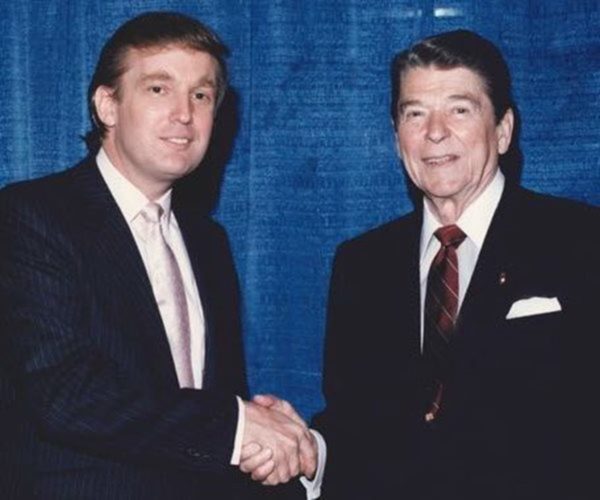 The phrase “trickle-down economics” has been flying around the airwaves lately, so it is worth explaining what it is. As with most terms of Leftist invention, this misnomer is designed to imply that the wealthy gain more wealth and small amounts of it “trickle down” to the rest of us.

The idea behind trickle-down economics is to raise the wealth of the economy as a whole, which both lowers costs and increases the actual value of currency (i.e. what you can buy for it). This creates greater purchasing power for the citizen than giving them direct benefits such as welfare, which adulterate the value of currency because its basis is debt or at least, an end-user spending model where those benefits do not create force multipliers in the economy as investments in infrastructure would do.

Your average liberal is shocked by this. People need money; why not give them money? The answer is that money has no fixed value. It is worth only the value of what is backing it, in the conservative view, or what people will do to acquire it, in the liberal view (demand-based economics). Also, time passes. If we spend money now in a way that does not make more money in the future, we lower its actual value.

Think of it this way. Farmers Jim and Joe are both poor and starving. If we cut regulations, unions and lawsuit risk, the companies that make farm equipment will thrive, increasing competition. This consistently drives down prices. At this point, Farmer Jim can take a loan, get the equipment, and then have a thriving farm.

If instead we follow the liberal model and subsidize Farmer Joe, he gets money which he spends immediately on survival, which means that the wealth flows to those at the end of the supply chain, usually retailers. This does not increase wealth substantially as they have no incentive to improve under this system. Further, Farmer Joe is left with no possibility of ever making his farm sufficient.

The Soviet Union collapsed — as have other economies like Cuba and Venezuela, both of whom would be thriving under a halfway sane economic policy — for a number of reasons, but a big one was no investment in its citizens. As a result, nothing improved, and no one had any incentive to do better. A kind of economic and social heat death resulted.

As a third option, classical European civilization had a different idea: entrust the wealth and power to those who are proven to be good leaders of good ability and moral character. That way, they can increase wealth and use it to acquire land, then hire the others to work this land and return money. This model could also work with industry.

Civilization faces constant threat because it must always expand or die, unless it focuses that energy on expansion of a qualitative level instead of a quantitative (i.e. “more”/”larger”) one. This requires concentrating wealth, but by putting it in the hands of the good or at least the competent, everyone benefits. The Leftist model is the opposite, which spreads the money thin and then fails because it cannot concentrate wealth to achieve growth in quantity or quality.

Leftists like to attack trickle-down economics as welfare for the rich, when it really is a cessation of interruption of the process of making wealth multiply. They style it as the big guys crushing the little guys, forgetting that little guys depend on the big guys for jobs, currency value, stock value and products. We can discard the Leftist critique on that basis.

Libertarians often talk about the concept that “a rising tide lifts all boats.” When a society is productive, and minimizes the amount of money it siphons from the productive to the unproductive including government and welfare, its value increases because wealth concentrates and can be applied toward force multipliers such as technology, organization or quality improvement.

The ideal of civilization proposed around here, the four pillars, emphasizes hierarchy for this reason. Socialism dissipates wealth and the ability to apply ourselves. Hierarchy puts the thriving at the top and lets the rest of us benefit, which although it is indirect avoids the boom/bust cycle of regulated economies.

Nothing of this level of complexity will make it into the debate, even at the highest levels of business and academia, because much as they dissipate wealth, Leftists also dilute accurate thinking and make it both taboo and baffling to the normal citizen when it is spoken. You might as well step down out of a UFO and say “Klaatu barada nikto” as advocate trickle-down economics, even if it is the only workable model.

Meta-Patriotism | The Cucking Of Gondor