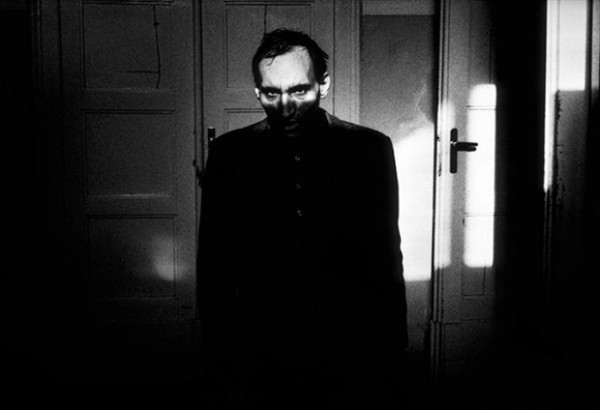 In contentious times, people want an option outside of the major choices. In some cases, the choices are made simple: accept the obvious, or run away from it. When those are your options, finding a third way is near impossible.

But, if it will make you “feel” better, let us consider my perspective a third way. There is Leftism/Liberalism, Rightism/Conservatism and my way, Raging Realism. A Ragin’ Realist is someone who denies all but what exists out there in the world, which humans normally suppress in exchange for the social world of emotions, desires and judgments (moralizations: “it shouldn’t be that way”).

As a result, Ragin’ Realism is not for the ordinary, which is why it is raging. It must achieve incredible momentum to reach escape velocity from the sickly treacle of the “feelings” of people around it. But at its core, it is very simple: our thoughts must correspond to reality.

Naturally this makes reality a target. The favorite human game is to redefine key terms, or to sample only part of the data necessary and draw broad conclusions for it, or even our “rationalistic” thought process, which is to think of a convenient hypothesis and filter out any data but what supports it. All of these are pretty bad but pretty normal.

In fact, that is what makes Ragin’ Realism so controversial. It says that what most people are thinking most of the time is not just nonsense, but concealment, deliberate deception designed to hide reality so that the monkey party can continue. The first step in realism is realism about what humans are.

By most, it does not mean fifty-one out of a hundred; it means ninety-nine out of a hundred. That is the grim fact that intelligent, aware and moral people have always refused to hear. You are alone, very alone. The rest are clueless and if not beaten back, will do their best to destroy you so that their cluelessness is not revealed. They call that “equality.”

These people love chaos as well. Why? In chaos they can hide. If there are no standards, they are never wrong. If everyone is screwing up all of the time, their screwups are invisible. Their desires to transgress — which fetishize something that is less interesting in reality than in their vision, which is usually based on illusion spread by the raving commentary of their friends anyway — can be hidden behind a wall of confusion.

“Drown me! Roast me! Hang me! Do whatever you please,” said Brer Rabbit. “Only please, Brer Fox, please don’t throw me into the briar patch.”

Grabbing up the tar-covered rabbit, Brer Fox swung him around and around and then flung him head over heels into the briar patch…Brer Fox cocked the other ear toward the briar patch, listening for Brer Rabbit’s death rattle…He turned around and looked up the hill. Brer Rabbit was sitting on a log combing the tar out of his fur with a wood chip and looking smug.

The briar patch for your average person is chaos. They were born in chaos, to chaotic parents who lived in disorder and squalor, even if modern conveniences helped obscure that. Their minds operate by chaos, which is to say that they have no hierarchical capacity, only the ability to understand lots of little things with specific details, like comic books and movies. Their lives are currently chaos.

If you catch them doing something low-level insane (a.k.a. their modus operandi) they will immediately create a false target: “Oh, don’t throw me in that briar patch!” Their point is always to get you to do something which increases the chaos, so they can hide in the chaos.

Now, conservatism, that is tempting. It introduces the question of degree to Ragin’ Realism. A Ragin’ Realist loves what works, but like the term “reality,” this is under assault by human reason itself. If you need to house a million people, you could just build giant Soviet-style apartment blocks full of 8×10 rooms with combination sink/toilet/shower holes in the corner. Technically this solves the problem.

Conservatism modifies this with degree. What is the best solution in human history? That is what conservatism conserves: best solutions, highest achievements, most intense greatness, awesomest pleasures. Most sources note a “zest for life” in conservatism, and I think that is the core of it: it is the philosophy of pleasure-seekers who have taken a moment to understand their own pleasures.

Maybe Ragin’ Realism can learn that from Conservatives. Can it learn anything from the Left? Since most of the Left is based purely in moralization, or a statement about what “should be” without understanding why it is not what is, i.e. why it is not as effective and efficient as what nature produced, most of Leftism should be discarded.

There is one thing however… perhaps it’s a trifle. Or maybe it should be mentioned. Leftists are self-destruction junkies, but they are also willing to admit when something sucks. They look too hard for that, because Leftism is really a way for lonely and miserable people to socialize with each other through commiseration, but they can point out obvious truths where Conservatives will tell you to suck it up and stop being such a pussy.

For example, that society sucks. That other people are mostly poisonous little dwarfs who get their only excitement in life from provoking others into failing or flailing. That on the whole, a housecat is better company than most of the human race. And so on. The Leftist “culture of critique” is what shapes intelligent post-collapse populations and becomes their raison d’etre. But right now, someone should mention that this society sucks. That is Realism too.

The real attribute of Ragin’ Realism that scares people is its utter nihilism. A realist cannot obscure a historical or factual truth with platitudes. We recognize that the universe is mostly emptiness and that which does not struggle against this emptiness perishes, and no one cares. There is no eternal glory in the sky for a species that dies out because it became mentally disorganized.

In life, only that which persists, matters. Everything else is swept backward into time. Maybe it lives on in the metaphysical afterlife, or not, but that matters less than what survives in reality. Most people are always looking for an excuse to self-destruct because they are tired of the burden of survival, which is like an endless series of Post-It™ notes reminding you that you can have better results if you just fix this one more thing one more time…

You get tired of it. It is tiring to beat back demons, to fiddle with fixes, to struggle against the crushing wave of entropy (and the bigger wave of the insanity of others) that always wants to drive you to the lowest common denominator or, preferably, chaos so that that happy monkey party time can continue in the trees. Free fruit for all! And we fermented it too, and there’s Bonobo sex parties. Fascinating.

A Ragin’ Realist recognizes all of this, and takes these two principles from conservatives and liberals. First, that we need not just the minimum functionality, but an experience that nourishes us. And second, that because life sucks, our first agenda should be to sweep aside all the tedious, exhausting, ugly and blockheaded experiences we can in order to conserve our limited energy so we can apply it to the good stuff.

But with that in mind, you can see the paradox of realism. There is an answer to life; it is not easy; without it life sucks. Therefore, we should choose that, and with this obvious fact in the room, two choices arise. Deny it or accept it. And most people will go for the former, of course, because their big brains tell them it might be like the lottery, where one in three hundred million people gets into money Heaven for being at the right place at the right time.