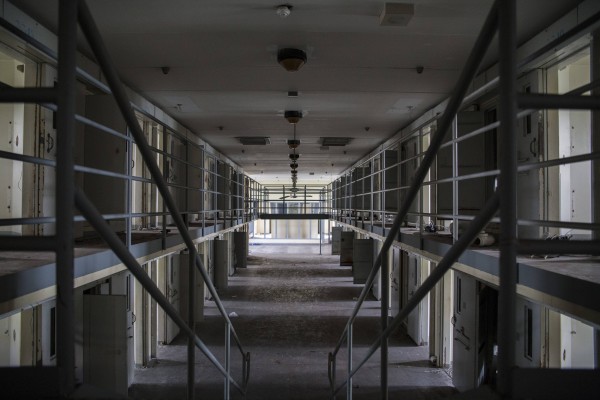 I encountered this moment in 1997 where I realized that my fiction could go no further unless I was certain about what I was writing about. I had mastered the aesthetics that others struggled over, had a reasonable grasp of the mechanics, and was intuitive about storyline development, but I did not know what I wanted to say.

At the core of every great writing, there is some expression. In the Bible, it is the contrast between the Garden of Eden and Crucifixion of Christ; in Hemingway, it is the individual drama versus the social impulse; in Faulkner, the absorption of the countryside by Progress I because it is so much more convenient. Every book has an idea. They are no different than essays, in actuality, just expressed differently.

What I lacked was that vision. What is the core of human experience I want to communicate? On the left I found endless self-absorption, and on the right a series of plateaus that I found myself admitting were true, but still not the essence of the issue. What had actually gone wrong? Since my earliest conscious days, I had known that adults were a bit off, and that society had the reek of failure and death about it, but I had no idea how to express it.

Over time, I returned to my old copy of The Republic. There, my Nietzschean and Romantic learnings combined: yes, our civilization was in decline, and here was why. Since then, I have devoted myself to combat against the source of that decline, individualism, which in groups turns people into a clay mass that demands idiocy so that no one feels inferior or wrong.

What I learned was that civilization decay is how all great societies perish, and that it is always a threat, and that it begins in the individual. When the individual becomes morally weak, and dedicated to an ethic of convenience, he approves of all sorts of defective behaviors that then tear his society down. “Tolerance” is the gateway to the end.

Slowly, others are noticing that our civilization is in full-blown miserable decline:

Generally speaking, sweepingly pessimistic statements about society should be taken with a grain of salt. When someone claims pop music is getting much dumber, or college kids are much more prone to mental illness, odds are pretty good the claim in question is a bit overblown. Overall, we’re often more attuned to the negative stories and anecdotes than positive ones, meaning that news coverage of terrible events, for example, can cause us to develop a distorted view of things.

Sometimes, though, there are exceptions. And an interesting, under-discussed one involves young people and mental health. In short: Ever since the 1930s, young people in America have reported feeling increasingly anxious and depressed. And no one knows exactly why.
One of the researchers who has done the most work on this subject is Dr. Jean Twenge, a social psychologist at San Diego State University who is the author of Generation Me: Why Today’s Young Americans Are More Confident, Assertive, Entitled — and More Miserable Than Ever Before. She’s published a handful of articles on this trajectory, and the underlying story, she thinks, is a rather negative one. “I think the research tells us that modern life is not good for mental health,” she said.

The subterfuge here is found in the phrase “modern life.” What they really should say is Late Empire, or the state of a powerful civilization when it still has wealth and military might, but nothing holds it together within. It is a dead man walking, a hollow shell. The other salient point to notice is that most people are oblivious. For them to show visible effects means the situation has gotten really bad.

What makes Late Empire distinct from other phases of a healthy civilization? In short, the civilization has become inward-looking in a collectivist sense; instead of individuals exploring their own moral components, or the group looking toward future goals, the civilization looks inside itself and tries to re-arrange itself to make everyone happy. This leads to endless guilt, shame and “egalitarian” posturing through altruism.

David Brooks gives us an insightful but flawed view:

He is correct in distinguishing guilt and shame cultures, but incorrect in that they are natural. A healthier state of humankind is aspirational culture: the desire to do right so that not only will you be rewarded, but that you will be free from doubt. Whatever consequences arise, you did the right thing, by not just the order of nature, but by that of your own people. You made the heroic choice.

This type of thinking is anathema in a culture like our current one, which is an ego-culture. What feels good is right; what makes other people feel good makes you feel good, therefore is also right. The problem with this is that it creates granularity, so that there is always a party opposing any kind of shared standard: the individual.

Initially, this seems like a good idea. No one can tell me what to do! No one is superior to me! But that also applies to everyone else, which means that standards race toward the lowest common denominator, reversing the Darwinian evolution that raised us above hominid status. Individualism is evolution toward the past, not the future.

Whether we apply guilt or shame or even another force, the result will be the same. The reduction of society to individuals alone breaks down what we share as civilized people, which is a belief in inconvenient higher standards toward which we aspire, and by abiding to which we make ourselves and society better at the same time.

What has really happened over the last 80 years? In 1789, Leftism began its takeover of the West; in the 1930s, it became popular and after the reaction ended in 1945, it became the absolute rule. Since then we have become miserable, alienated in isolation as ourselves with nothing bigger to strive for or participate in.

If we wish to reverse the inertia of our decline, it begins in abandoning “the individual alone” as our standard, and starting to think about civilization again. It reminds me of this (possibly apocryphal) witticism:

On a visit to London in 1931, for a conference on determining India’s political future, Gandhi was asked by a British journalist what he thought of Western civilization. “I think it would be a good idea,” he replied.

The Genius Famine by Edward Dutton and Bruce G. Charlton | The Raging Realist