How To Correctly “Scene Police” The Alternative Right 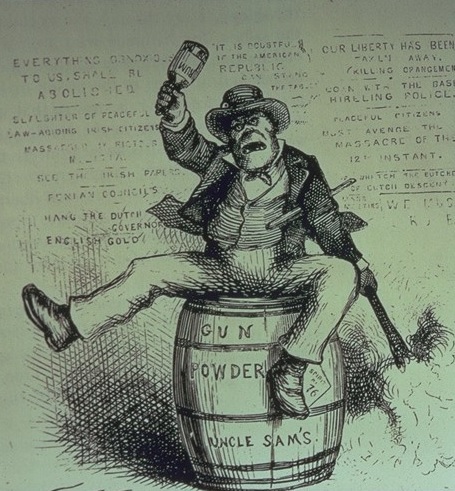 “Scene policing” is what happens when people in any type of decentralized group endeavor, whether a musical genre or a political movement, attempt to enforce standards to avoid entryism by those who would subvert the effort. It is both odious and necessary.

The Alternative Right (a loose collection of non-Leftist, pro-Traditional schools of thought including the New Right, Neoreaction, the Orthosphere and others) has had several experiences with scene policing. These are:

It is not worth elaborating on these, nor making links to afflicted parties. They deserve relative anonymity at least. As I wrote before, this is the wrong method of scene policing. The correct way is to figure out who understands what we are on about, and support them even if imperfect.

The problem here is twofold: scene policing of the wrong type will prevent us from doing scene policing of the right type, which is removing ideological entryists who seek to subvert us, whether consciously or not. Most of them do not mean badly, but are deeply immersed in Leftist ideas, and want nonetheless to participate. In order to participate, they start writing, and like broken valves causing river pollution, inject insane spam into the debate.

Scene policing is inevitable. As setbacks occur, or even as successes do, people will look around them to see if others are on board. If they start detecting the perverse touch of the Leftist hand, they will lash out with the equivalent of a biological fever, trying to burn out the bad.

The problem with the wrong form of scene policing is that it makes us into kneejerk, calcified, blockheaded, and worst of all emotional actors who are oblivious to the real goal. The real goal is to make sure everyone is on board with the ideas. We will get support from all kinds of crazy places. Driving them away just shows the world that we are defensive, not very thoughtful, and might just be engaged in this activity as a way to make ourselves feel powerful like every other wanker in this society.

Long story short is, feel free to scene police. Those who do not understand the ideas need to have their statements inspected, challenged and revealed. This is hard work, not easy like beating up on the occasional non-white, transsexual, homosexual or promiscuous person who wanders our way. We all have regrets in life and we are all battling our failings. If we work together despite that, we can achieve some change.