Your Elimination Will Not Be Televised 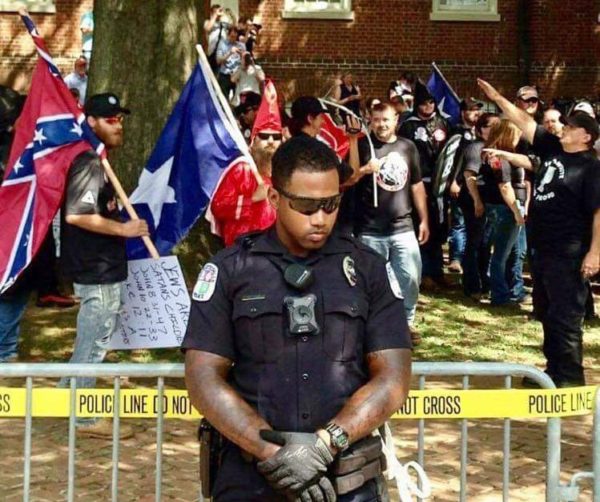 San Francisco would just hate to be racist. It would be horrible. Almost as bad as being homophobic. Harvey Milk’s revenant would rise and claim vengeance.

Given this opportunity to engage in anti-White mayhem, the “youths” riding the BART (Bay Area Rapid Transit) have decided to strike and hold. On April 24, they decided they would commandeer their very own train.

BART Police said witnesses reported 50 to 60 juveniles jumping the fare gates and going to the platform. After boarding the train, the juveniles â€œcommitted multiple strong-arm robberies of bags and cell phones,â€ according to a police report. At least two people were hurt and were treated by paramedics for facial and head injuries. BART said there had been similar robberies on trains in the days prior to this incident with juveniles running onto trains and quickly fleeing, but not with as many people as in Saturdayâ€™s robbery…

Now logic would dictate that naming, blaming and shaming these adorable little turd blossoms would work wonders in preventing these not-so-great train robberies. Initially, this was the preferred course of action for BART.

â€œWe are basically getting all the surveillance images that we have, and weâ€™re going to be sharing them with Oakland Police, the schools, Oakland Housing Authority to try to identify the suspects,â€ said Trost.

Meanwhile, the criminality continued unabated. A BART security guard had to serve and protect on some of the local teens to prevent further larceny on July 6.

A teen in a group of around a dozen allegedly snatched an iPhone from a woman as the train was approaching the Coliseum Station. They all ran from the train but an off-duty security guard witnessed the crime and followed them onto the platform, demanding the phone back. Thatâ€™s when 62-year-old Leonard Brown was punched and kicked by several young people but did manage to get the phone back.

The BART is a totally unsafe way to get to work. It is being overrun by these “youths” and “teens.”

In the last three months, there have been at least three robberies on BART involving groups of teenagers. â€œI think people are genuinely concerned â€” they are fearful about the stories that have come out about the recent attacks, the assaults, the thefts,â€ said Debora Allen, who is a member of the BART Board of Directors.

So why not name them and shame them? It’s Â¡RACISM! all the way down…

Allen told us the agency issued an explanation for why it is being tight-lipped about the thefts. â€œTo release these videos would create a high level of racially insensitive commentary toward the district,â€ she was told. â€œAnd in addition it would create a racial bias in the riders against minorities on the trains.â€ According to a memo distributed to BART Directors, the agency wonâ€™t do a press release on the June 30 theft because it was a â€œpetty crimeâ€ that would make BART look â€œcrime ridden.â€ Furthermore, it would â€œunfairly affect and characterize riders of color, leading to sweeping generalizations in media reports.â€

Poor San Fran. They face a Hobson’s Choice. Either (A) They can effectively use up-to-date technology to arrest these criminals, or (B) they can virtue-signal their concern over how riders of color and misunderstood youths are portrayed by the media. So clearly the passengers can just get used to this being a part of life in the modern city. It’s just how misunderstood youths from Oakland Housing Projects express their sadness and alienation from mainstream society. And let’s just face it. People text and play on their cell phones too darn often. We’ll just scare Whitey straight on this one.

No. Let’s just dump the trash on the table here. Black youths from Oakland have just been offered the opportunity to go on a Honkie Mofo Hunt with no bag limit. The BART cares more about “compassion” and “tolerance” than they do about delivering live and unmolested passengers. And that’s the thing about tolerant understanding. You get a hell of a lot more of whatever it is that you tolerate or understand. Crime is typically a shortcut to getting things you’d otherwise have to bust your butt and earn. Let people take a convenient shortcut, and you don’t have to be Enrico Fermi to puzzle out that it will soon become the new beaten path.

Crap like this is why Middle Class White People are fleeing California as rapidly as they can save up the down payment to elsewhere. It’s not bad enough that the Bay Area has unaffordable housing. Or that many of the city schools rank worse than 5 on a scale of 1 to 10 compared to similar schools. Or that
the high-tech bubble that has been the backbone of The Bay Area Economy may well be breaking.

The BART has made a callous decision that innocent civilians riding metro rapid transit to work every day now matter less than their PR strategy. They will suffer in silence. They will suffer in government-enforced silence. There is at least one color of lives in California that do not matter. There will be a day when BART doesn’t have riders. There will be a day when there is nowhere along the BART lines that is a destination worth traveling to. These thugs on the train are hastening that day. The cuckery of The Tolerance Tyrants in the face of utter antinomian brigandage will hasten that day. This road to Hell will be paved with Dead White Taxpayers. It’s construction will not be televised.