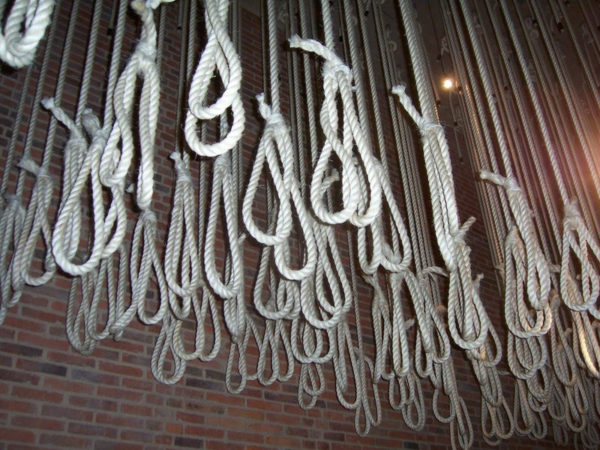 Matt Tabibi is like an inverted compass: whatever he does, go one hundred and eighty degrees the other way. Here he is with the newest scapegoat of the Left:

The bank’s unprecedented reach and power have enabled it to turn all of America into a giant pump-and-dump scam, manipulating whole economic sectors for years at a time, moving the dice game as this or that market collapses, and all the time gorging itself on the unseen costs that are breaking families everywhere â€” high gas prices, rising consumer credit rates, half-eaten pension funds, mass layoffs, future taxes to pay off bailouts. All that money that you’re losing, it’s going somewhere, and in both a literal and a figurative sense, Goldman Sachs is where it’s going: The bank is a huge, highly sophisticated engine for converting the useful, deployed wealth of society into the least useful, most wasteful and insoluble substance on Earth â€” pure profit for rich individuals.

The ideal political virus is one which convinces people that their misfortunes are not their fault, especially if they are, and then gives them both a false cause to blame for their misfortune and a false goal to pursue instead of fixing the actual problem. The best goal is one that, if achieved, will change nothing, and the best group to bash is one that will never go away, so that you always have a bogeyman to blame.

Since there will always be someone with more than others, the Rich™ are an ideal target. You can blame the rich for your problems even to the point where everyone in society owns only one bean, because some guy will have a bean that looks bigger than what others have. And if your average person has no understanding of what these rich people do to make their money, even better.

Let us look at the actual causes of what he bemoans.

The last market collapse was caused by a government Civil Rights program. The people voted for this.

The rising consumer credit rates are caused by the market reacting to risk.

The half-eaten pension funds are caused by the federal government, states and cities implementing programs that the voters approved of without wondering where the money was coming from, or from those same governments take money from those programs to pay for other benefits.

Mass layoffs arise when businesses fail, which usually happens in response to higher costs caused by programs that We The People voted for.

And future taxes? Taxes have been going up steadily because people are continuing to vote for more expensive benefits programs.

Did Goldman-Sachs profit from these events? Yes, as did many other businesses, because they saw the voters coming. They knew the stupid saps cannot stop themselves for voting for free stuff, especially for the poor or minorities, so since someone will make money on that… might as well be us.

And then, we should consider our media. They make their money by convincing us that what we want to believe is true is in fact true. That is not a conspiracy theory; it is their business model, and it has always been this way, but until recently, some sense of professional ethics prevailed some of the time.

Now that we have peeled back the layers, what we see is modern society laid bare. The voters are all conning each other by voting for free stuff using other people’s money; the politicians are accepting the cluelessness of the voters, and selectively reminding them of the costs of their visions. The press then casts blame elsewhere so the voters feel comfortable being foolish.

This is how civilizations degenerate. People gradually become more insane, neurotic and schizophrenic as human reality detaches from natural reality. The human herd, by using its symbols and images, convinces itself that it is God, and makes decisions which are correspondingly insane, and then scapegoats anyone it can as things get consistently worse year after year.

Your Elimination Will Not Be Televised | Homeless