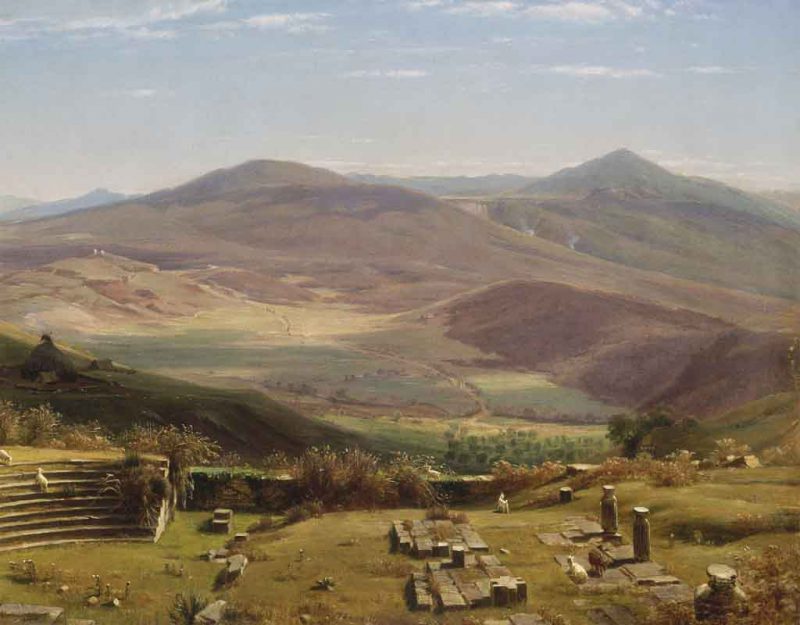 For some time, people in the ecological movement have encouraged us to give personhood to parts of nature so that those things then have legal rights which can be defended in our court system.

Without personhood, a river has no value in itself; someone can sue if they lose money or opportunities, for example if the river becomes polluted and they can no longer make money by fishing and selling the fish.

Corporations receive personhood for the same reason. It allows them to interact with the legal system as if a person, in certain contexts, so that they receive the some of the rights granted to human individuals.

The advantage of personhood granted to a lake, river, or forest becomes evident when we consider what happens to these. No one can sue to protect a polluted lake, unless the lake is a person, at which point an act has been committed to damage that person.

This scares polluters. They can handle the regulators, for the most part, by fudging the paperwork and hiding behind layers of plausible deniability. If they get caught, they claim it was an administrative error and pay the fine.

If they find themselves facing a jury, on the other hand, they get scared. Juries dislike thoughtless bullies who ruin innocent things, which is why most court cases feature an innocent saint of a defendant who swears he was wronged by police.

When a corporation finds itself sued over damage to a person, the awards swell, and worse, the public relations nightmare grows even larger. A court case sounds to people like more than legal judgment, but an actual finding of real-world fault, even the two do not quite overlap.

For this reason, granting lakes personhood defends them better than government can:

The new law will allow the people of Toledo to act as legal guardians for Lake Erie – as if the citizens were the parents and the lake were their child – and polluters of the lake could be sued to pay for cleanup costs and prevention programs.

If likelihood is low but consequences are high, many will still take the risk. Expanding the parties that must be fooled beyond the regulators to society at large increases both the likelihood of getting caught and the consequences of doing so, forming a more effective deterrent.

When a government agency enforces the law, likelihood of being caught is low and consequences are low. Fines can be paid; bribes can be issued; plausible deniability covers every level, because if you did not intend to do something the punishment is different.

Private lawsuits, one of our oldest forms of common law, enable anyone to sue on behalf of something which is damaged if that thing has personhood. This means that instead of having to fool a few people, the lawbreakers must either hide the evidence from everyone or avoid the crime.

When people in general can sue, they hold accountable decision-makers even if they did not “intend” for bad results to occur:

The Jakarta smog has now prompted more than 30 plaintiffs, including activists, environmentalists, civil servants, artists, and businesspeople to band together and work on submitting a civil lawsuit against the government this month.

Instead of the air quality itself suing government, people can sue on behalf of the air quality. In this case, they are doing so because of its effect on them; what if, however, they could sue simply because air quality was bad, even if it could not be proven to affect anyone?

While rivers, lakes, and air quality are physical things, they are also intangible because assessments of their health are qualitative not quantitative and their value cannot be measured directly in monetary terms.

What else fits into the camp of intangibles that we do not currently defend because we have not assigned them dollar value?

Let us consider first the preservation of genetic groups. Per the UN definition of genocide, any forced migration into the group destroys the group. Lawsuits could prevent that.

Another might be the conservation of culture, mostly definitely an intangible folkway (behaviors, beliefs, and lifestyle joined). When our culture is replaced in schools and media by political values and propaganda, we can tell that we are being squeezed out and sue.

More controversial might be using this to defend the spirit of a place, or the combined expression of race, customs, religion, ethnicity, and beliefs as fit into a “blood and soil” view of the area. Germany must always be Germany which requires it be German in genetics, actions, and thoughts.

As the years of Leftist revolution and dominance wind down, people are looking for a new direction and a transition plan (as is usual when there is change). Perhaps the two can be combined by expanding our legal systems to include the facets of life that Leftism has for so long denied.