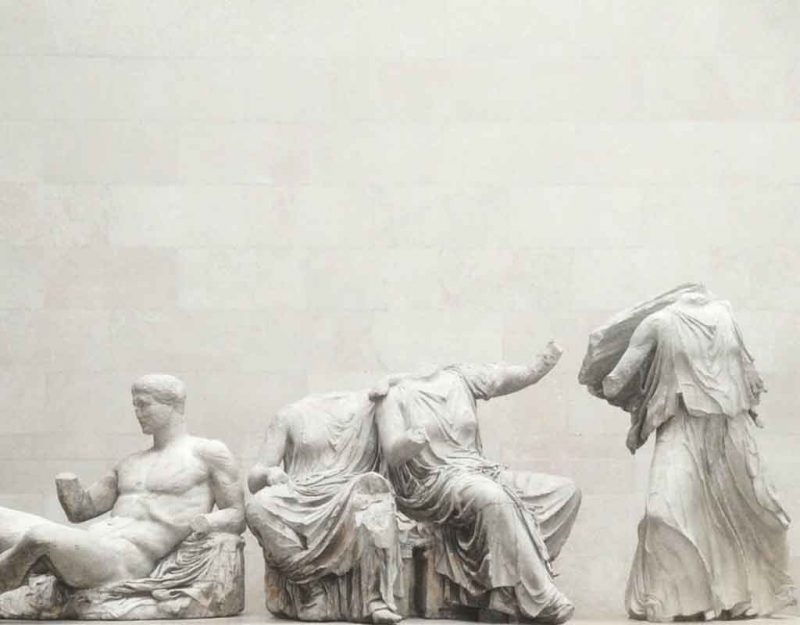 To someone who had read the news for the past couple centuries, you would think that an unholy pact had been made: a liberal republic, designed with principles to limit its liberalism, steadily moves toward liberalism because its core is liberal.

This applies to the United States most of all but easily to all of the other nations who, in an attempt to be first-world and get along with the dominant Roman Empire of our day in the United States, have followed this model.

At this point, the entire world has shifted to liberal democracy with civil rights and market socialist “entitlements” or cradle-to-grave insurance and subsidies from government, so we all go down together when this fails.

It is hard to find the conservatism inherent in that system at all because there is almost none. Any protections designed, in the “checks and balances” style of the American Constitution, have long been circumvented.

Consequently we have created true mob rule where, in the name of equality, we do all sorts of crazy stuff to avoid facing the grim truth that equality achieves only the lowest common denominator and consequently our civilization is dying.

Natural selection removed the conservatives who are willing to say this out loud because it is a highly unpopular opinion. We are telling people that they have thrown their lives away for a parasitic and destructive system.

This tells us why conservatives have drifted Left over the last two centuries:

Consensus conservatism played a heroic role in defeating Communism in the last century, by promoting prosperity at home and the expansion of a rules-based international order. At its best, the old consensus defended the natural rights of Americans and the “transcendent dignity of the human person, as the visible image of the invisible God” (Pope John Paul II, Centesimus Annus) against the depredations of totalitarian regimes.

But even during the Cold War, this conservatism too often tracked the same lodestar liberalism did—namely, individual autonomy. The fetishizing of autonomy paradoxically yielded the very tyranny that consensus conservatives claim most to detest.

Yes, the old conservative consensus paid lip service to traditional values. But it failed to retard, much less reverse, the eclipse of permanent truths, family stability, communal solidarity, and much else. It surrendered to the pornographization of daily life, to the culture of death, to the cult of competitiveness. It too often bowed to a poisonous and censorious multiculturalism.

“Individual autonomy” forms the basis of The Enlightenment™ and the egalitarianism to follow. For us all to be individually autonomous, we need to have equality.

Since equality does not work, egalitarian societies inevitably and without exception transition to subsidized individual autonomy, which is the various forms of “socialism” or taking from the strong to give to the weak.

When conservatives accept any wealth transfer programs or other egalitarian initiatives, they cease to be conservative, and become Leftist hybrids.

Not surprisingly, this creates a Uniparty that agrees on basic egalitarianism and sees conservatism as a lifestyle accesory, something you do in your private time while not busy working to pay taxes to subsidize the parasite herd.

Conservatives will in particular not get anywhere until they repudiate the master of designing government around wealth transfer, Abraham Lincoln, who created a modern state where allegiance to central government and its ideology of enforced equality took over from natural order and normal, healthy life:

During the War between the States Lincoln was known to instruct his military commanders to furlough registered Republicans while keeping Democrats (and any others) in the field, where they could not vote. In border states like Maryland, where there was powerful opposition to the war, federal soldiers flooded the cities on election days and were instructed to vote, even though they were not residents of those states.

Federal soldiers also intimidated voters into voting Republican by menacing them at the polls. As Lincoln biographer David Donald has written, “Under the protection of Federal bayonets, New York went Republican by seven thousand votes” in 1864.

The Republican Congress even created three new states—Kansas, West Virginia, and Nevada—to help rig the 1864 election in favor of Lincoln, so concerned were they over pervasive antiwar sentiment and massive desertions from the federal army.

Lincoln saw a country which was not unified, mainly because it had introduced diversity in the form of Irish immigrants to the northern industrial cities.

His solution, following what was trending in Europe at the time, was to force unity through “civil rights,” which was formalized in the Civil Rights Act of 1866 and the Fourteenth Amendment to the Constitution four years later.

With this, Republicans embraced egalitarianism, and since that time, have been essentially Leftists who want to preserve free markets so that they can continue going to church and living pseudo-Traditional lives.

However, the Left worked around this because once you declare civil rights, you have created a mandate for government to enforce equality everywhere, which it does by battering down hierarchy and taxing the competent to fund everyone else.

At this point, conservatives were no longer conserving, but actively destroying, society by advancing an egalitarian viewpoint. For them to accept this destruction, they would have to reject egalitarianism and Lincoln.

Consequently, we have reached the stage of the Uniparty worldwide which defends equality as if it were a conservative sacrament, basically allowing the Left to achieve everything it wants with conservatives cleaning up the worst of the mess.

This took us to late stage democracy, where we are locked in by not recognizing the root of the problem, therefore unable to admit the actual problem and address it, leaving us bickering over largely symbolic issues like abortion:

One of the paradoxes—there are so many—of conservative thought over the last decade at least is the unwillingness even to entertain the possibility that America and the West are on a trajectory toward something very bad.

Conservatives spend at least several hundred million dollars a year on think-tanks, magazines, conferences, fellowships, and such, complaining about this, that, the other, and everything. And yet these same conservatives are, at root, keepers of the status quo. Oh, sure, they want some things to change. They want their pet ideas adopted—tax deductions for having more babies and the like. Many of them are even good ideas. But are any of them truly fundamental? Do they get to the heart of our problems?

To simultaneously hold conservative cultural, economic, and political beliefs—to insist that our liberal-left present reality and future direction is incompatible with human nature and must undermine society—and yet also believe that things can go on more or less the way they are going, ideally but not necessarily with some conservative tinkering here and there, is logically impossible.

Years ago on this site, we pointed out the obvious: egalitarian societies self-destruct because they transfer wealth, power, and status from the competent to the incompetent.

They prove popular however because in any group of human beings, Crowdism prevails because illusion is more easily grasped than complex truths:

In other words, the world is turned upside down; truth has become a fabrication, the predators are in control, and dissent is not tolerated in any way that will have actual effect. If one were paranoiac, it would suggest an evil force in control of this world.

Yet it is the demonic nature of this process alone that provides us a clue to its origin. No human organization in history has been so well-managed that it could pull off a conspiracy of this nature without revealing itself or collapsing in infighting. Whatever engendered this particular mess did not have a leader, or a central organizing principle, although it has manifested itself in centralized authority. A systematic change to this kind of order comes through a shared assumption, much like when a group of friends, upon perceiving their favorite bar is closed, meet at the next most likely place without having to communicate the name amongst themselves. More than a leaderless revolution, it was an unconscious one: those who brought it about had no idea they shared an ideology, or no idea what its name might be, or even why they did it. They simply did it because it was natural to do, and because nothing has since opposed it, it continues to this day in grossly simplified form.

The belief, whether known in language to its bearer or not, that the individual should predominate over all other concerns is Crowdism. We name it according to the crowd because crowds are the fastest to defend individual autonomy; if any of its members are singled out, and doubt thrown upon their activities or intentions, the crowd is fragmented and loses its power.

Following the basic formula that Left = equality, Right = order we can see how conservatives have massively lost their way. Instead of defending order, which requires hierarchy because humans are unequal in competence, they have conned themselves into defending equality.

Until we reverse this passage toward mob rule, by which we depend on the large numbers of incompetent instead of the few competent, we will continue down the path of decay.

For conservatives to escape this trap, we must begin by rejecting the idea of equality. We do not have to endorse inequality, only stop endorsing all laws, programs, and decisions designed to force equality upon us.

Even more, we need a cultural awareness of the dangers of social opinion and the wisdom of crowds. Crowds by their nature always select the same course of action and it is one that will destroy us.

If we keep supporting various conservative leaders, both underground and aboveground, who preach equality and socialism in any form, we will continue to be liberals no matter how well-intended, and by doing so, defeat ourselves.

The Matrix Resurrections (2021) | Why We Got The Biden Administration