Why We Got The Biden Administration 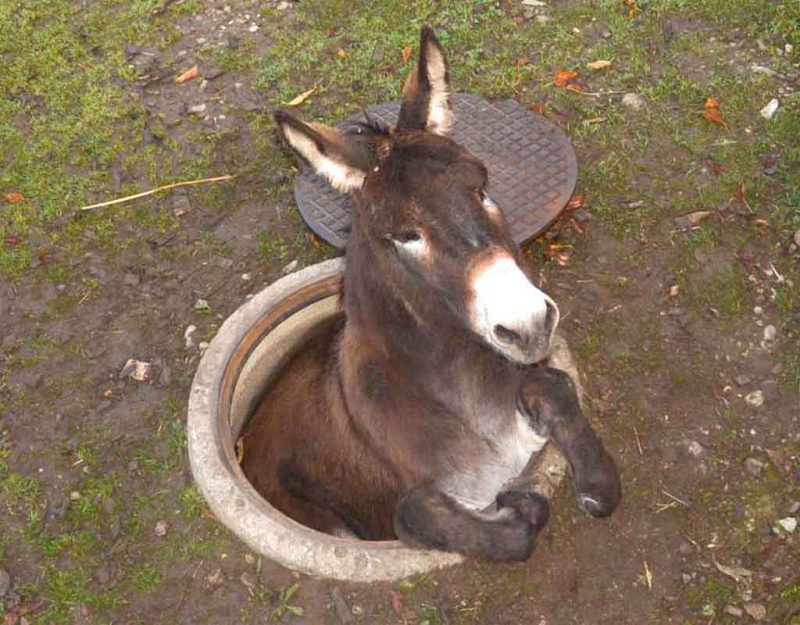 You were all born dead. That is, you were born into a dying time, when everything on the surface is chrome and plastic, but underneath there is dark decay caused by a proliferation of Undermen among you.

The leaders chosen by your fellow voters consistently follow a policy of wanting to reign over ashes rather than nurture a functional civilization. Sure, there are momentary breaks when conservatives take over, and they patch up the mess so the Left can wreck it again.

Besides, both sides were long ago seduced by the same illusion. They serve the same master, equality, which is always popular because most people cannot think and in groups, humans compromise with the rest of the group and end up at the worst answer.

If COVID-19 showed us anything, it was the modern pathology: people want to be individuals, so they follow what is popular because this defends their individual autonomy at the expense of social order.

This makes them both love and hate themselves because while they have power, they have replaced the world they need with a world of the self, and this becomes unsatisfying and spurs an addiction to power that enslaves them.

When a disease hit, did we unite to do something sensible? No: everyone seized power where they could find it, from the bureaucrats making insane rules to the scientists formulating panic and the mask Karens beating up people on the streets.

Everyone followed the crowd, and no one was responsible, because no one wanted to stand up to popular opinion and say, “this is not right.”

As the old saying goes, you may not be interested in politics, and just want to be left alone, but politics is interested in you. You need leaders. You either choose good ones or bad ones. Mass popularity generally chooses bad ones.

In a society dedicated to popular opinion, everyone becomes a yes-man, so when Anthony Fauci comes up with an insane non-solution, no one challenges him. They all get in line and follow what everyone else is doing.

This shows us that democracy has reached a dead end. All of the things that held it back — culture, family, intelligence, wisdom, honor — have been systematically disassembled so that the individual can rule with the power of the crowd.

Even more, the system has turned its jobs and schools into a meritocracy which rewards the obedient and those good at the system, which is what always happens. The sane get filtered out before they get a chance at power.

This means that you are in a senile society, doddering along chasing illusions, ignoring all real problems, and suffering the rule of incompetents at every level while the sane, healthy, and good are hiding in cabins in the countryside.

Conservative media, which seems mostly to consist of grifters who do not care about what happens to our civilization so long as they get their cut, has pitched all sorts of fantasies of late to keep you occupied and useless so the system can continue.

They are currently telling us how Joe Biden seizing control and administering the vaccine is part of a global agenda to rule. Perhaps it is that in part, but mostly it is obviously a Hail Mary pass.

Democracy is failing and this has become obvious. When a system fails, you always get guys like Joe Biden or Joe Stalin who promise to fix it at any cost, and all of the people with government jobs, money, or celebrity then give power to this person.

He knows as well as you do that It Is Over. Democracy converted us into rule by idealistic abstractions like social justice, diversity made us a third world South Africa, socialism has produced lots of parasites to serve the system as bureaucrats or SJWs, and equality has given power to the voices of the many stupid over the few intelligent.

When a system crashes this hard, it has no other option but to seize power by any means necessary, control media to keep the herd anaesthetized, and manufacture crises in order to keep the sheep in line.

The Biden Administration does not show us our system at its strongest, but our system in full failure, afraid even of a moderate like Trump who just wants to go back to our 1980s policies.

No one has any plans for dealing with reality. At this point, they are all furiously signaling to each other, trying to show that they are good obedient tools of the system so that they get their cut.

As far as the voters, they appear to be mentally retarded, criminal, and insane at the same time, since they endorse those who are killing them:

Chief Justice John Roberts earns the highest job approval rating of 11 U.S. leaders rated in a Dec. 1-16 Gallup poll with 60% approving of how he is handling his role.

Only two other leaders on the list are reviewed positively by majorities of Americans — Federal Reserve Chairman Jerome Powell (53%) and Director of the National Institute of Allergy and Infectious Diseases (NIAID) Dr. Anthony Fauci (52%).

It is easy to see our problem: the majority of people are making stupid decisions and vaulting insane people into power, then keeping them there. Voters do this because they rationalize, or argue that what they got was what they intended, because their only other option is to accept that their system has failed and that makes them feel like personal failures for having supported it.

Now we see why democracy has failed: in groups, humans amplify what they have in common, which generally is weakness, laziness, greed, and stupidity. Grifters want their cut, so they either get elected/appointed or start making conservative media.

The horse has died and cannot bear a rider, but we keep beating it because otherwise we have to start walking, and we will need to pick real leaders to guide us, which insults our egomaniac sense of superiority.

We can fix all of our problems easily, but the majority of people resist anything that looks like a solution, and grifters like conservative media — both the RINOs and the Nazis — just sell us non-solutions to make us feel better.