White Nationalism Is Doomed To Failure 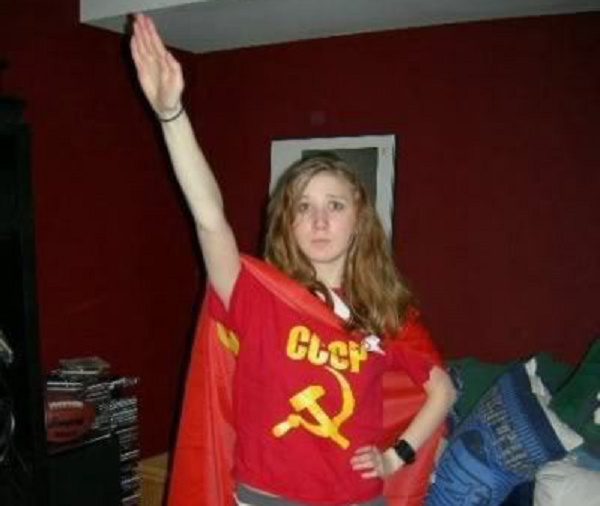 White nationalism, a product of ideological confusion and emotional outbursts pretending to be political theory, is a degraded form of nationalism that is gaining in popularity because of the disaster of 0bama and EU immigration policy. Nydwracu points out another area where white nationalism fails:

There are perhaps other reasons to oppose white nationalism, but why worry about the weaker argument given the existence of the stronger? It simply wouldnâ€™t accomplish its proponentsâ€™ goals. In a hypothetical white nationalist America, one side or the other would eventually realize both the possibility and the utility of ending white nationalism in order to advance its own interests against those of its traditional enemies. In other words: â€˜whiteâ€™ is not a nation.

In the name of nationalism, white nationalism is the opposite of nationalism: grouping together different nations on the basis of ideological comradeship, instead of natural ethnic interests. It imitates the dominant paradigm of the “proposition nation” but because it hides that behind what seems like the main idea of nationalism, or race in the sense of ethnic group, its proponents can claim it as an alternative to other methods of proposition nationism.

If you wonder why white people have not united behind white nationalism, one major reason is that they do not feel like being grouped into generic whiteness and having their ethnic identity destroyed. They also distrust the class- and caste-denying nature of white nationalism, as well as its anger and tendency to scapegoat other ethnic groups (most commonly: Africans and Jews) instead of looking at white problems, specifically the decay of Western Civilization through increasing Leftism (itself a subtype of Crowdism, or collectivized individualism).

Even more, it makes sense to separate Nationalism from “racism.” While any sane observer knows that diversity is the cause of racism, because when you put two or more ethnic groups in the same place they compete including for dominance of the values system, there is much to dislike about racism. Instead of recognizing that separation is necessary, as Nationalism does, white nationalism/racism blames specific groups for the failure of diversity, which fails no matter what groups are involved. This lets diversity, democracy and Leftism off the hook.

A more sensible viewpoint is pan-nationalism, or the idea of nationalism for every group. The first group to break away from the system of ideological nation-states will inspire others to do the same as a means of competing; Nationalism reduces the massive cost of enforcement required to keep people with nothing in common working together. It also breaks the power of Government, which relies on fruitless quests to justify its own expansion in order to rationalize increased taxation, and thus profit to those in government, a form of corruption.

This also allows cooperation between Nationalists of different races and ethnies because they share a common goal: a world defined by Nationalism, where each group works in self-interest and is beholden to no other group. This spares us from entropy-accelerating standardization and the kumbaya illusion enforced by UN troops showing up to make us all good Leftist internationalists.

White Nationalism is not an alternative to our current political order; it is another form of it. It perpetuates control of the center by the uncontrollable mass, which results in domination by the usual human failings which are sometimes called “the civilization disease”:

All human groups tend toward the same order. Whether it is Open Source, or “wisdom of the crowd,” or whatever: people need to work together, so there must be a power structure and rules. Alternatively, you find some very talented people and give them absolute power, but that upsets people. So, the audience defines the product, and the workers define the organization of the venture, whether it is pro-profit or not. You see the same thing in church groups, rock bands, PTAs and militias that you do in corporate America and Wikipedia.

Amerika offers instead radicalized conservatism: let us conserve what works in reality and that which produces excellent results instead of merely utilitarian ones. This is an odd form of thought, as if Republicans finally understood Nietzsche and turned all the dials up to eleven, demanding a functional social order instead of fighting a rearguard action on the economy, defense and certain social issues.