The importance of working with nationalists of other races 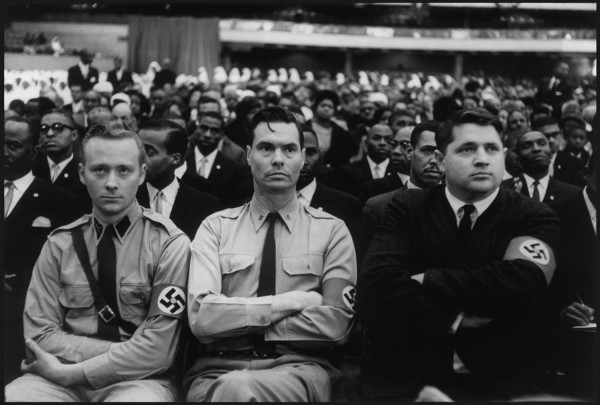 Many nationalists confuse the symptom for the cause and target other racial groups. This scapegoats the instrument for the purpose. The problem we face is diversity, originally called internationalism, which is a weapon used by liberals to destroy culture so that social standards do not exist.

Diversity as an idea originates in the approach liberals used to distinctions between people that formed the basis of social order. Some, known to be of higher genetic aptitude than others, were appointed to higher classes and given more responsibility and enough wealth to keep them honest. This outraged liberals, who declared war on the idea of genetic aptitude itself.

This dovetailed with their general mission to abolish social standards. If you destroy the ethnic makeup of a population, with it gets obliterated the idea of culture itself, since without a historical link to identity, culture becomes a personal choice instead of a tradition into which one is born. Liberals want no social standards so there can be no right/wrong that promotes people up a social order, so they celebrated the destruction of any link between heritage and culture.

As their pawns in this game, liberals demanded the importation of people from third world nations who could then be used as objects of pity from which liberals could argue that culture was oppressive. This is the adult version of “Think of the children!” In the name of protecting minorities, liberals strove to smash any existing culture and replace it with rules administered by government. Minorities — Jews, Africans, Asians, and hybrids — are used as tools in this game by liberals.

The importance of identity is that it grants pride to those who live in a society and binds them to a set of social standards known as culture. The problem with culture from a liberal perspective is that when culture exists, not everything is permitted. Worse, there is a goal in mind, which means that people can fall short and be seen as inferior, even if only in their own minds. To banish this thought from their heads, liberals demand egalitarianism or the equality of all people through removal of all distinctions (except money and power of course).

Nationalism is rooted in the desire of individuals to have culture because it works better than enforcement. Culture unites people to a common goal and social standards, and enables them to begin the process of improving themselves as individuals and a civilization. Without it, even if told otherwise, they subconsciously see themselves as defeated people and fall into a victim pathology.

Other ethnic groups have among them wise leaders who sense this condition as well. Their solution is nationalism for their group, consisting of self-rule and the ability to exclude those who do not uphold the standards of the group. Nationalists can work together even if from different tribes. Instead of vilifying those who are also innocent participants in the vast policy failure that is diversity, consider working together to replace the destructive policy of multiculturalism with a saner one, nationalism.

Jobs alter personality, make you obedient and mindless | Freedom is not free if you let liberals touch it