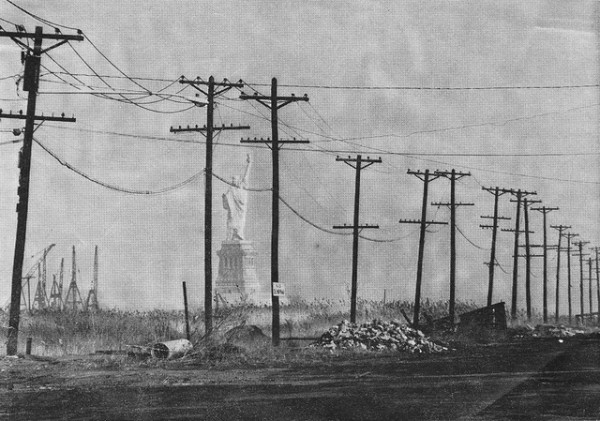 Those who believe in the differences between human races and the importance of at least separation tend to call themselves racialists. This separates them from “racists,” who are people who dislike other races, and puts them into the camp of sane people who dislike diversity because it is inherently paradoxical and produces horrible results whenever and wherever it is tried, regardless of what racial groups make up the melting pot. In that perspective, history and logic — and looking outside the window — agree with the racialists.

Racialism however fails to adequately critique itself in part because it is trying to build up the largest following it can. That approach leads to greater numbers, but also produces a type of ideological entropy as each person re-interprets the belief in some unique way. That in turn erodes the group from having focused into being a generalized gripe session, which suits most people just fine as they do not want to actually do anything but would like to talk about what they would do, you know, if they could.

If racialism were able to focus itself on a single agenda, like liberals have done for years, it would have some power. Instead it dissipates its strength in as many perspectives as it has members. Naturally, hammering out an agenda will make many displeased as it will force some pet issues to the wayside, and by giving momentum to analysis, will also explode some much adored fantasies. And yet, it is the only path to anywhere, so it is the route we must follow.

A good starting question is: Why do racialists focus so much on other races? In a time when our media fawns over every possible story on homosexuals, transgenders, women, the impoverished and any ethnic or religious minority, it seems foolish to follow the blueprint set by the liberal media. Further, it is disspiriting as it removes focus from the object — a healthy white or WASP ethnic group — and turns it instead to a fetishism of what other groups do. More importantly, it shifts focus from the object to be conquered, which is the illogical and deceptive policy of diversity, and instead scapegoats minority groups for what ultimately are the actions of white liberals. White liberals passed anti-discrimination law, the Great Society welfare programs, Affirmative Action and the Hart-Cellar immigration act. White liberals enforce shaming of racists and lead the call for the removal of Confederate flags. The enemy is white liberals, or at least white liberalism.

Further, a philosophy comprised of race-isolation alone becomes a type of ethno-bolshevism (thanks to Nick Land for that formulation). It eliminates class distinctions within whites and turns them into an ideological force, as if emulating Communism. Perhaps it makes sense to emulate the political methods of leftists, but not their goals, since any student of history knows where those lead. Under white nationalism, for example, whites are united regardless of ability and exempted from having to demonstrate evolutionary fitness, much like the reward-before-performance ethos of socialism. This movement also creates white victim privilege which results in whites seeing themselves not as conquerors and innovators, but ghetto-dwellers held down by the man. It turns a once noble group into a parasitic, revengeful mob just like liberalism does.

Not only that, but race as an organizing principle tends to drown out anything else. It does not change the underlying conditions which were the causes that got us to this point in history, where their effects can be seen in the manic racial egalitarianism of the left. It does not address the decay in social order and mental ability of our people that began long before diversity. Even worse, it acts as a surrogate for dealing with these problems much as the left invented class warfare and diversity as substitutes for addressing the actual problem of civilization collapse.

No sane person should object to reasoned discussion of race, including leaving the option on the table that diversity is inherently flawed and a destroyer of empires and (thus) should be replaced. At the same time, to go about an issue the wrong way poisons the well and removes the ability to have useful future discussions on the topic, which then banishes the topic to the dustbin of history for future generations. It is time for racialists to mature and face the decision that has hovered over them for many decades: do they really want to restore civilization, or merely complain about it and bully some African-Americans to make themselves feel better?

Dylan makes a choice | Be the apocalypse