White nationalism died because it dropped out 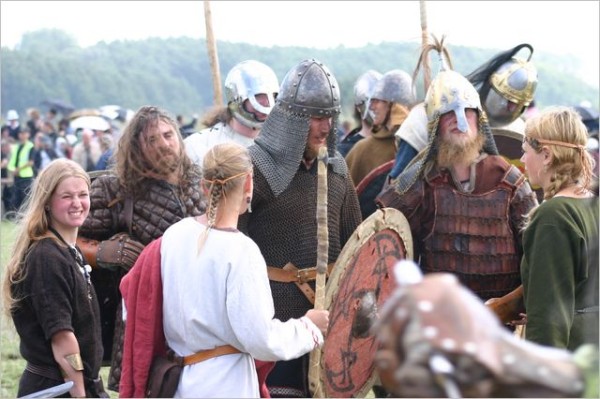 They advocated such behavior because they realized they were a minority attacking an established society. Thus they adopted a method — passive-aggression — that involved them becoming an obstacle to this society.

Since then, this mentality of protest has been common among political groups. But it only works when your ideology is one that the mainstream is already primed for.

To put this another way, what the hippies advocated was not different in substance from what the Revolutionists in France wanted in 1789. The hippies just turned up the intensity.

In the same way, Communism is no different from what socialists and other egalitarians want. It’s just a higher degree. All leftist ideas are the same, separated only by degree.

For that reason, when the hippies came about after a war the US won by appealing to fundamental liberal reasons, it was guaranteed they would succeed.

Those of us who are on the right, or endorsing ideas typically associated with the right, do not have that advantage. This applies to white nationalism, an ideology that this site has called upon us to destroy.

As Hewitt E. Moore notes (or dare we say, “observes”) at The Occidental Observer, white nationalism has self-destructed by marginalizing itself:

White Nationalism is nearing the age of needing heart meds (literally and metaphorically). Excluding a handful of leafleteers and diversity dodgers, the only movement is that of fingers on a keyboard. The keyboards allow for just enough recycled thought to prevent total ideological stagnation. Through the years, numerous would-be White Nationalists have searched the realms of Cyberia in hopes of finding White camaraderie in their geographical region; only to eventually permanently â€œlog outâ€ after discovering the movement is primarily an internet based phenomenon.

…We need a face-to-face community of noisy, intelligent, attractive, committed White people marching in the street with signs opposed to immigration, multiculturalism and the strident ethnic politics of other groups; there is a need for a steady drumbeat of political advertising where pro-White themes, whether explicitly white or not, are repeated over and over to the point that they become part of the furniture of life even if winning elections remains a distant goal.

He sets up two counterpoints here: white nationalism is a drop-out ideology, and what we need instead is a vivid pro-white crowd. I both agree and disagree.

White Nationalism failed because it is racial Marxism. Its goal, the classless white mob, is based on liberal ideals and upholds liberal notions of egalitarianism. Its method is based on dropping out of mainstream political discourse, rejecting conservatism, and instead adhering to a Marxist-style militarized ideological regime.

Further, white nationalism is designed in such a way as to alienate the average white person. It conflates all whites as being the same, which offends people who have strong cultural heritage. It embraces violent non-solutions to paranoiac diagnoses of non-existent problems, such as The Jewish Question and its negative treatment of Africans. Finally, by being such a strong ideological force, it demands that people engage in unproductive behaviors to demonstrate that they are of a true enough ideological bent. This reminds me of the darkest days of the French revolution, when the guillotine turned on its masters and Revolutionaries were facing the blade for not being pure enough in their hatred of the aristocracy.

In other words, white nationalism drives away the people it needs to succeed in order to conserve the people it has, which is a group that has grown only as more people drop out and become alienated thanks to the disastrous regime of Barack Obama. But it hasn’t grown and it hasn’t had any political successes because of its alienation.

What works instead? Pat Buchanan continues to influence people with his conservative politics, Ann Coulter openly speaks of the failure of diversity in her conservative columns, and in Europe, Marine Le Pen is succeeding with what’s ultimately a moderate right-wing party that eschews hatred and Holocaust denial and instead opts for a pro-nationalist outlook.

Dropping out is the problem with white nationalism. Without a broader context, it shifts leftward because white nationalism is not anchored in a bigger philosophy. Leftism will never support white nationalism because leftism is inherently egalitarian and thus will always tend toward being more inclusive, not less. Thus we look toward rightism, the movement that opposed the French Revolution and defends tradition, heritage and culture. With that as an anchor, nationalism becomes plausible again and its defense is an extension of existing conservative beliefs.

The left will win as long as they can portray pro-nationalist movements as fanatical, and people are hell-bent on helping them:

A man has been charged after pages were allegedly torn from the Koran and thrown during a football match.

The better solution is this: instead of dropping out, reclaim your society.

Join your mainstream conservative party and start swaying it toward discussion of real issues, which are not only limited to The National Question but include other disasters like the debt bomb, decaying infrastructure, and anything leftists admire. If we don’t control these parties, parasites and profiteers will step up and take over.

Join your local society. Do not drop out and become another alienated basement-dweller with no power. Go to school, get degrees, succeed and/or start a business, do well, succeed. Become someone that is respected. Do not commit hate crimes. Do not use drugs, drink too much, stockpile anything illegal. Be visible in doing constructive things for society.

If someone tells you that you’re not true enough for refusing to Name The Jew(tm) or beat up Africans, realize you are dealing with an ideological zombie. This person is lost and is secretly a leftist, which is the enemy. Get away and ignore them. Do not engage them — they are insane.

Do positive things for culture. Learn to love classical music. Learn about your heritage. Uphold traditional behaviors, even the surface stuff like cuisine, folk sayings, and architecture. Support anything that reveres the past and carries it forward.

Instead of dropping out, drop in. Join society and do everything that everyone else does but keep your ideals intact. When people ask, present your ideas logically and clearly without emotion.

White nationalism died because instead of engaging in the means to solve the problem, it retreated to its trailer and became an inbred camp of fanatics. Let it go, or better yet, kill it. We need something better and no amount of cheering will make a dead horse win a race.