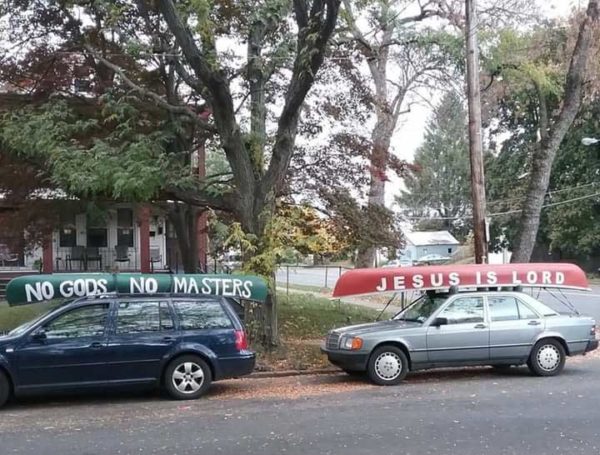 The Alt Right hovers at the edge of Western political life because it is one of those viewpoints that people secretly suspect may be proven right. This is why the Left scrambles to block it; they feel it is an infection — or are they talking about their own belief of egalitarianism? — that will seduce people, and then they will join the dark side.

As a result, the Alt Right has become sort of like a painter from the Romantic period. He whips out his palette and canvas and makes something both shockingly alien and subconsciously familiar to zero fanfare and much mockery, and then fifty years later, it is part of the canon and widely praised.

In Charlottesville, the Alt Right staged a successful series of protests with the theme that the Left was censoring viable ideas because of its own instability. Three months later, a report comes out saying that the Leftists in the city bungled the event and the Alt Right told the truth about what happened.

Following much the same pattern, the Alt Right recently suffered a series of Twitter, Reddit, Google, Facebook, and Discord purges, but now, it appears the Alt Right has won the debate as the internet mood turns against censorship with the most virulent and disturbing content as a test case:

“Cloudflare CEO Matthew Prince hated cutting off service to the infamous neo-Nazi site the Daily Stormer in August,” reports Ars Technica. “And he’s determined not to do it again. ‘I’m almost a free-speech absolutist.’ Prince said at an event at the New America Foundation last Wednesday. But in a subsequent interview with Ars, Prince argued that in the case of the Daily Stormer, the company didn’t have much choice.” From the report:

Prince’s response was to cut Daily Stormer off while laying the groundwork to make sure he’d never have to make a decision like that again. In a remarkable company-wide email sent shortly after the decision, Prince described his own actions as “arbitrary” and “dangerous.” “I woke up this morning in a bad mood and decided to kick them off the Internet,” Prince wrote in August. “It was a decision I could make because I’m the CEO of a major Internet infrastructure company.” He argued that “it’s important that what we did today not set a precedent.” Prior to August, Cloudflare had consistently refused to police content published by its customers. Last week, Prince made a swing through DC to help ensure that the Daily Stormer decision does not, in fact, set a precedent. He met with officials from the Federal Communications Commission and with researchers at the libertarian Cato Institute and the left-of-center New America Foundation — all in an effort to ensure that he’d have the political cover he needed to say no next time he came under pressure to take down controversial content.

The law is strongly on Cloudflare’s side here. Internet infrastructure providers like Cloudflare have broad legal immunity for content created by their customers. But legal rights may not matter if Cloudflare comes under pressure from customers to take down content. And that’s why Prince is working to cultivate a social consensus that infrastructure providers like Cloudflare should not be in the censorship business — no matter how offensive its customers’ content might be.

Despite a lack of a clear law on this one, a cultural wave seems to be pushing back against Silicon Valley censorship. The Alt Right, having argued against speech filters from the beginning, seems to be winning again. Its protests will not be crippled and its words will ring out. As people grasp for something to explain the historical change underway, the Alt Right keeps winning.