Trump Fakes Out North Korea, And The Norks Blink 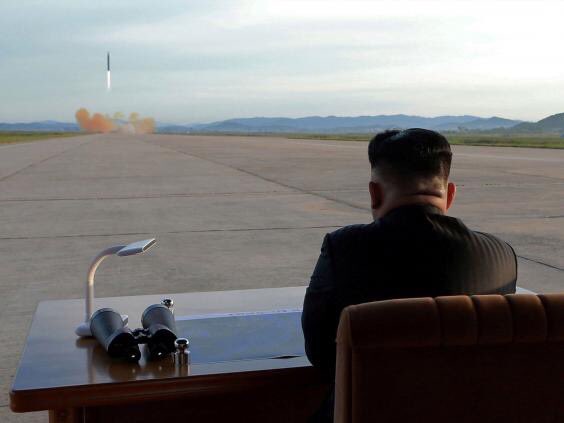 While the media continues its ill-advised campaign of preaching to the choir by offering what are essentially panic stories every day about the Trump presidency, the man himself continues to achieve results.

Despite heavy criticism for his tweet that shamed North Korean dictator Kim Jong-Un, Trump has achieved the desired result: shattering the confidence of the Kim regime.

“North Korean Leader Kim Jong Un just stated that the ‘Nuclear Button is on his desk at all times,'” Trump tweeted. “Will someone from his depleted and food starved regime please inform him that I too have a Nuclear Button, but it is a much bigger & more powerful one than his, and my Button works!”

In other words, Kim threatened the world and Trump laughed at him, which seems like it would push the world closer to nuclear war but may have done the opposite. Instead of feeling a sense of power over the United States, now Kim is on the defensive.

As it turns out, deeds speak louder than words, and North Korea’s response has been to blink, which we can see because they re-opened the hotline to the South which is used, ironically, to avoid wars that might erupt along the DMZ.

The media narrative is blatantly wrong to the point of negligence, and given the profit motive behind pacifying the media sheep who soak up the output of our newspapers, probably simply fraudulent reporting. Trump has restored a masculine American foreign policy that does not seek to pacify, but makes reasoned demands and stands behind them, creating world stability.

The Illusion of Inaction | When Punk Addressed Race