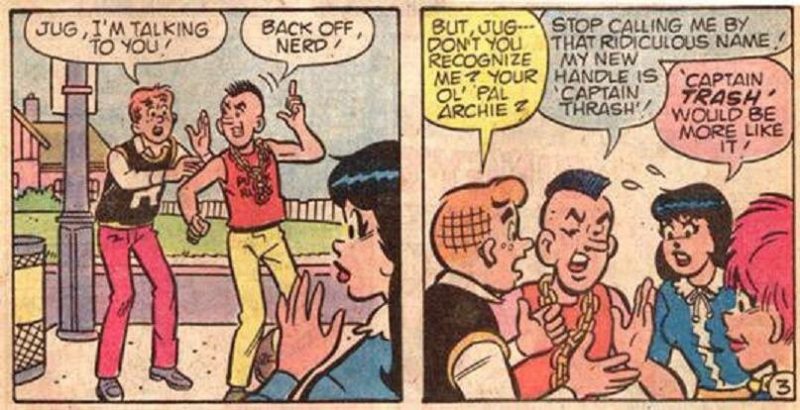 Punk music never intended to live for long. It wanted to be a brief flash of intense insight followed by eternal darkness. In its original form, it attacked modern society as a whole, seeing it as a concept that went wrong somewhere. As part of that, punk periodically addressed race in a way that was forty years ahead of its time.

For example, we have Minor Threat with “Guilty of Being White”:

And perhaps the song that inspired it, the archetypal Black Flag with “White Minority”:

These songs point out the instability of the reigning 1980s view, which was that slavery and colonialism were unfortunate incidents of history that could be atoned for, following the reigning postwar Leftist view that race was a class issue that could be solved by egalitarianism. Thirty years later, we know that egalitarianism is broken and diversity will not work.

If we had to symbolize the difference between white nationalism and the Alt Right, it might be that the Alt Right incorporates more of this viewpoint:

We distrust the entire system based on mass culture and popular rule. People in herds are not geniuses, but the anti-genius. They are immoral. They are selfish, and they use the group to legitimize their selfishness. If we are looking critically at racial policy in the West, we also have to look at the whole thing, and oppose modernism — spawned of “equality” — itself.

Trump Fakes Out North Korea, And The Norks Blink | #MeToo Campaign Revealed As Opportunism, Not Justice