The Real Privilege In Amerika Is Helplessness

by Jonathan Peter Wilkinson on August 2, 2017 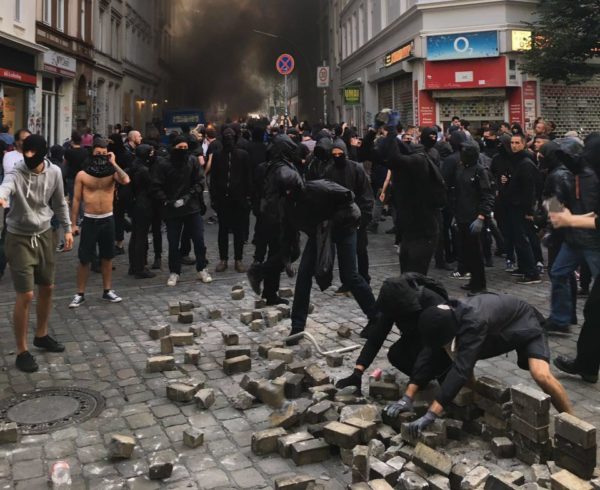 We are held hostage by idiots. Most people are not particularly useful. Some of these are not useful at all, and they know it, and so they demand that we swear upon the graves of our grandmothers that we will pay for their survival, forever and ever, amen. These people reek of detestable entitlement.

What these people want is life without any responsibility. This is not restricted to lower class minorities. Everyone who can think of a new gimmedat thinks they are entitled. If you ask them what their contributions are, they will point to a successful career of inventing new free stuff from government and claim that they “gave” you what you were “owed.”

This stems from the fundamental goal of Marxism. Karl Marx’s bumpersticker quote is “From each according to their abilities. To each according to their needs.” This is getting played out in the West via demotism. It doesn’t take the individual long to figure out what gets rewarded and what gets taxed. Soon these individuals form the crowd and press their needs upon the producers in synonymy. This overwhelms the ability of the state to function in a rational and strategic manner. We can thus get the following surreal results.

Venezuelan resident and Twitter user @KalebPrime first made the discovery July 14 and tweeted at the time that on the Venezuelaâ€™s black market â€” now the most-used method of currency exchange within Venezuela according to NPR â€” you can get $1 for 8493.97 bolivars. Meanwhile, a â€œWoWâ€ token, which can be bought for $20 from the in-game auction house, is worth 8385 gold per dollar.

This is what socialism gets you in the end. It only leads to death. President Maduro has all but admitted Venezuelan Socialism has miserably failed. He has held a sham referendum to claim a democratic mandate to rewrite his country’s constitution. Technically, it still exists, but Maduro’s party picks all the members of the body set up to rewrite the document. Constitution Fetishists take note: whether the document is a Magna Carta or a Masta Charga, it only just says what the strong people with guns tells it to. The biggest gang with the guns in Venezuela are the people demanding gimmedats that Venezuela will never be able to deliver.

But this is just Venezuela. Any good Alt Righter will disparage the genetic stock in question and therefore doubt that it’s really socialism at work here. To which I ask them, how about the genetic stock of Connecticut? Here’s what 24/7 Wall Street tells us about Connecticut.

A typical Connecticut household earns $71,346 in a year, considerably higher than the national median income of $55,775. With such high incomes, residents are better able to afford more expensive homes. Connecticutâ€™s median home value of $270,900 is among the highest nationwide. A portion of every stateâ€™s population is extremely wealthy, and the share of such high earners is especially large in Connecticut. More than one in 10 households earn $200,000 or more a year. Connecticutâ€™s relatively high education attainment rate partially accounts for the high incomes in the area. More than 38.3% of adults have at least a bachelorâ€™s degree compared to 30.6% nationally.

So how is this working out for them?

Connecticut, the richest state in the nation, has racked up $74 billion in debt. Its finances have more in common with Puerto Rico than Massachusetts, as the home of Americaâ€™s financial wizards struggles to pay off its massive obligations big as the bills come due on decades of mismanagement.

While ballooning payments for public employeesâ€™ guaranteed pension and health benefits for public employees and teachers are the main cause of Connecticutâ€™s fiscal misery, the state continued borrowing with the abandon of a teenager let loose in a Forever 21 with her parentâ€™s credit card. Jobs lost during the recession have not returned. Its youth and future tax base is fleeing for New York and Boston. Fortune 500 companies are following them out of town.

A belief in Marxism’s fundamental tenet will kill any economy. You cannot tax productive innovation and hard work at the expense of privileged helplessness. People learn how to become more and more helpless. People with higher g-loading will just figure this scam out faster. The shaved monkeys are depraved when it comes to doing whatever gets them more bananas and an occasional gold star on the tips of their noses.

It doesn’t matter what people start out as. You can tell me that Connecticutters are way smarter, better and whiter than Venezuelans all day. None of it matters; none of it will make Marxism work. In the end, we are all going where Connecticut and Illinois already are. Connecticut and Illinois will probably go where Venezuela currently is. The real privilege in Amerika is helplessness. This leads to socialism. Socialism leads to death. We all know where it will take us after we are gone.