The Alt Right Is Our Quality Control 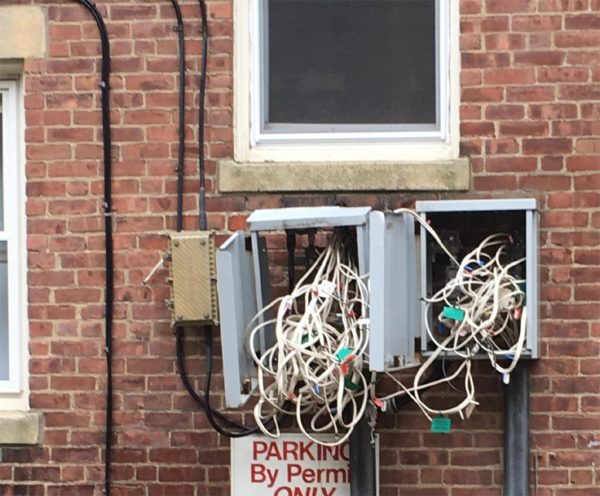 W. Edwards Deming brought the concept of quality into contemporary management theory through his 14 points for managers. The fourth point on this list is as follows:

End the practice of awarding business on the basis of price tag. Instead,Â minimize total cost.Â Move toward a single supplier for any one item, on a long-term relationship of loyalty and trust.

Reducing costs balances striving for quality, which costs more. Quality requires a focus on total cost over the long term, not a per-item cost in the short term.Â  This points to the fact that low costs in the short term can incur long term inefficiencies, damaging long term prospects of the business in question.

Quality is therefore very similar to safety management where the optimal point is at the lowest end of a positive quadratic curve because long term costs will go up on either side. We are looking for the best option that does not incur additional costs, either through low quality or additional administrative overhead.

Further investigation into quality in organizations reveals that quality consultants and even industry level organizations defines their contributions in terms such as the following:

Quality is about making organizations perform for their stakeholders.

The verb used here is â€œmaking,â€ where the idea emerges that quality is managed by a separate organization — the shareholders — that will keep Management honest. That is contingent upon the ability of those shareholders to assess performance and thus, quality. The problem is that shareholders often know little about quality and must rely on the integrity of the CEO, which is why CEOs are brands.

CEOs manage quality, as measured in terms of profit, through optimization or efficiency. Increasing throughput and percentage of resources applied to production instead of lesser tasks like bureaucracy makes an organization more efficient. At the same time, CEOs must also manage risk (things which cause loss) against benefit (things which cause profit) while emphasizing reliability, or consistency.

The damning modernist outcome however, emerges when directors transform the meaning of quality, safety or optimization. Managers, when in the grips of individualism, want to optimize their own quality and safety over that of the organization. This is possible by managing the quality and safety of their dividend, regardless of whether the company performs or not.

One very clever way of doing this is to direct more money into dividends, at the expense of other necessary tasks. We see this time and again in dying businesses that still seem to be thriving: the company aims for quick profit, which pays high dividends, while ignoring the need to achieve quality, reliability, efficiency and consistency. The CEO pockets his bonus and leaves like a president after his two terms.

Most organizations die this way. The Alt Right has created a new idea countering this organizational death-wish, even if Alt Righters are not aware of this themselves.

Viewing organizations from space, one can see governments, businesses and institutions frolicking about. These include industry bodies, lobbyists and media. And slowly, over time we see how success is achieved, but then slightly faster, how the quality of these organizations declines, because they donâ€™t achieve their â€œtargetsâ€ anymore. Their profits drop, crime increase and political â€œhopeâ€ disappear because leaders (not directors so much) have become untrustworthy (in the optics of voters).

Since a large swath of middle class voters became unhappy with non-performing elected leaders, they decided to vote for a different candidate. During this process it became obvious that the middle class is actually smarter than their elected leaders as well as the media protecting those leaders. This groundswell is called “populist” today as a means of scaring others from joining those smart ranks. But if this was a court, the judge would dismiss the term populist and replace it with the term quality controllers.

Even with their own chosen candidate in power, the Alt Right still maintains its vigil of quality, thereby keeping its own candidate as honest as possible. Much hope is attached to this movement because quality is its unprofessed outcome. Instead of trying to extract money from the system, the Alt Right increases quality and efficiency by demanding quality output in the form of a functional civilization.

For the first time in human history, people are recognizing the high cost of organizational entropy. Over time, people lose sight of goals and start to act toward personal profit at the expense of the group. This is individualism, and in its organized form, collectivism, it consists of political mandates to transfer wealth from the successful to the unsuccessful.

Like the get-rich-quick scheme to temporarily boost profits, raise dividends, and then bail with the bonus money, individualism rewards those who plunder civilization at the expense of the middle class who supports it. It leaves behind something less efficient, and so we see that quality of dividends, like that of suppliers, depends on long term efficiency of interaction.

Where the Alt Right understands this most clearly is in its distrust of democracy. Given the choice, most people would prefer some money now to more money later, and so in groups, people vote for the destruction and consumption of society so that money can be transferred to them. Nearly a century of welfare, benefits and entitlements programs shows us that this is the case.

Instead of falling for the get-rich-quick scheme, the Alt Right recognizes the necessity of quality in society itself. It must be stable, efficient and most importantly, geared toward reliable results in the long term. These values are forgotten by almost everyone, since few of them are competent managers, and have allowed civilization to decline, until the intervention of the Alt Right.

What Happened to All the Great Science Fiction? | The Real Privilege In Amerika Is Helplessness