Send the liberals to Brazil 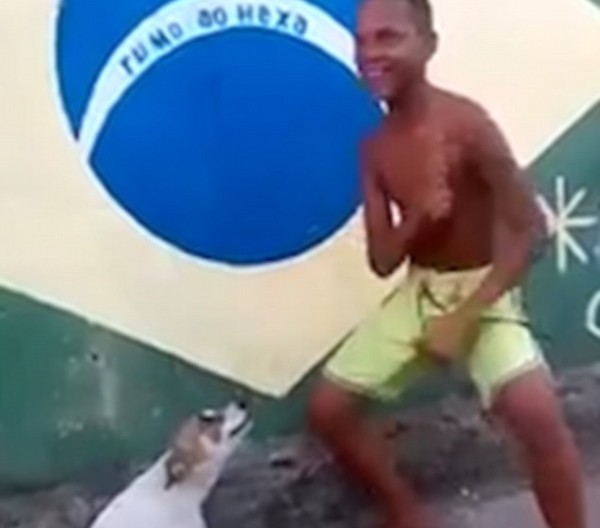 Liberals/Leftists (these mean the same thing, although liberals will take pains to try to convince you otherwise) have been attempting to flood the EU and US with third world people. Election 2016 is about whether the indigenous white people will accept their own extermination by this method.

The power of the Leftist strategy is simple. Third world people come from cultures which are genetically inclined to failure. For that reason, they only recognize failure as good and therefore will support Leftist programs. They will do this even as their countries fail as a result of those programs, much as their ancestors did — which is why they are in a third world state today.

When the Leftists replace first world people with third world people, the country goes to Leftists permanent. Here we see the deceptive nature of power, which is that it cannot admit its own limitations. There is no way those Leftist governments will involve the current Leftists. They will be pushed aside for the next Hugo Chavez or Fidel Castro.

But Leftists are not students of history. That is: they believe history is arbitrary, and that all decisions in the past were done for made-up reasons like “racism” and “sexism.” Once you get to that state, you are already in denial of the fact that all decisions are made for the purpose of adaptation, and that if adaptation favors something sexist or racist, there is a reason. But Leftists are pathological liars who are in denial of this situation.

As a result, Leftists have denied the learning of history — that third world peoples are different, that putting two groups together results in destroying both, and that diversity is the graveyard of empires — and want to import all these people just so that Leftists stay in power. All the gab about refugees and humanitarianism is just advertising, marketing and propaganda (AMP).

What this means for Election 2016 is that we are voting on survival: vote Left to be replaced by the third world, or vote Right — errr, if you can find a real Rightist — to continue being German, English, or if you are an American, German-English. The Leftists have forced this choice on us. They want to exterminate us. For that reason, I suggest we turn around the choice, on them.

Let us tack another policy onto this election. If Leftists win, they destroy us by importing the third world; if the Right wins, we save ourselves by deporting all Leftists to the third world countries they idolize. I suggest Brazil because every Leftist I know adores Brazil. It’s so in touch with itself, earthy, sexually liberated and — lest I forget — diverse. Oh yes! People from every race and background mingle in Brazil, except those with the money to buy their way into the gated communities north of the cities.

In every way, Brazil is a Leftist dream. It has Leftist welfare, and Leftist-style anarchy zones called favelas. It is tolerant, much more so than America. Brazil has hip tribal music and alternative culture. You can get your piercings there and no one will blink an eye. Feminism and female domination are also the rule of the land. Like I said, Leftist paradise.

American Leftists have no reason not to go to Brazil. Sure, the property values are low and there are third world problems like toxic water, constant crime, drug use and urban decay. But Leftists need to make a choice, now: if all people are equal, those problems are not the result of people but policies, and with all of the new Enlightenment™ from these American liberals, they will “solve” those in no time. But if all people are not equal, diversity is insane nonsense and Leftists are trying to kill us with it.

So: put up, or shut up, Liberals. Either your policies are correct and honest and you will really enjoy Brazil, or your policies are crazy and you are crazy, at which point deporting you to the dysfunctional (read: crazy, because you have to be mentally deficient to elect to live in dysfunction) third world is the right thing to do. Either way, putting the Great Leftist Deportation of 2016 on the ballot is a good way to visualize what this election is about.

https://www.youtube.com/watch?v=0050YTafl70
Look! How diverse and youthy! Hip and groovy! It’s Brazil! Why wait?

White misery | How Trump should have handled the David Duke Question