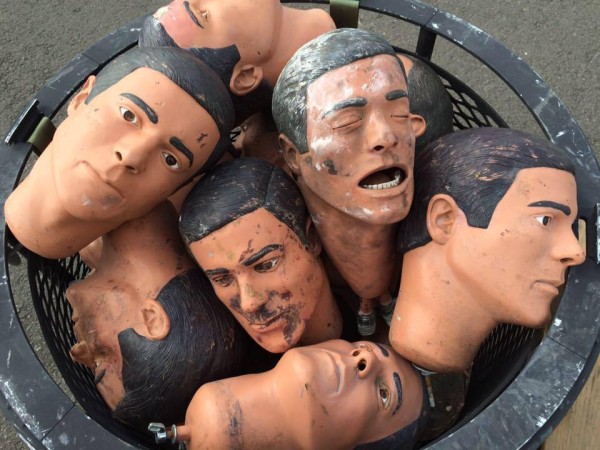 Waves move under the surface of the ocean. What we think of as waves are the peaks of much larger movements underneath. In the same way, the disasters we see in our society are manifestations of far deeper underlying problems.

In the West, the rot runs deep. Our best writers have pointed out to us for centuries that the life path we have embraced is meaningless and frustrating to anyone with a brain. And yet, in the absence of a massive conflagration, it is good enough that we keep working with it and pretending that it will not influence us on a secondary level.

Not only does it erode us within by making us accustomed to ugliness and frustration, but it also limits our options. While we adapt as best we can, we are being shaped by what is available to us. Soon its thinking infects our minds and we slowly, bit by bit, lose touch with what is real.

Conservatives are the archetype of this problem. They view their role as preserving the functional within society, but by doing so, they enable the failure to survive because there are always conservatives to fix its worst problems and then get blamed by the angry crowd for not having done enough.

Everyday events destroy us even more. Once we looked forward to fulfilling lives with a purpose, happy families and honest bonds with other people. Since we do not have those, we settle on cheap imitations. Soon we find ourselves adapted to the cheapness and having forgotten the goodness.

This leads to an expectation that life will not be pleasurable, but instead, a process of obedience where one plays a series of games and if our result is better than what most others experience, we declare ourselves victorious and content ourselves with a tenth of what we could have had. We become bleak within because no amount of alcohol can fully numb the noticing.

Perversity spreads with the misery. We come to enjoy our pain and the mediocrity, and instead of wanting something good, to stimulate ourselves to excess in our off-hours. This makes us debase ourselves much as society debases us, but now, we claim we are empowered or made joyful by the degradation. The parallax shift of social influence reveals itself in our rejection of the good in favor of the bad that we control.

In short, people act out the order of the society around them, even when they think they have escaped it. It is like retired men who, having been freed from jobs they detest, set up desks in their garages to work in the same state of misery on something of their own choice. The misery conditions us.

This process makes us lose hope for the future. There is nothing but struggling for the few less-bad options, but there are no good options. There is no escape. Things in which we could take joy because they involve interacting with others and our world we reject because they are not under our control. Like an infection, the disease of modernity works its damage within.

As a result, we are no longer the same people we once were: honest, proud, perceptive and wise. We have eliminated all of those things from our minds because they are not possible to express in the world and be rewarded for them. Instead we adapt to what we are rewarded for, which is obedience within the system and the pathological pretense that somehow this misery does not affect us.

When we wonder why people make such inscrutable and horrible decisions, we have to remember that those are just the crest of the wave. The real damage is within, invisible and minute, in the form of thousands of details conspiring to replace our knowledge of reality, and what real pleasure is, with the ersatz substitutes we are fed by the machine.

Our temptation is to look outside of ourselves for solutions that, following the pattern of the society above us, we can force on others to control them and force them toward a better course of action. And yet they will fight us, because to them being asked to do anything that is not required is to give up ground, and to have one of those worse-bad options.

Decline and destruction are easy to initiate and hard to counteract. Once unity is lost, and “every man for himself” becomes the rule, people will collaborate on nothing and when confronted with an unpopular truth will simply deny it and go distract themselves with something else, relishing the power they have wielded and congratulating themselves on beating back a threat.

One good option presents itself to us: to cheapen success. This decline has seized our society by making sure that the only way we succeed is by obeying the illusion. Instead of trying to fix society as the conservatives do, we need to destroy what it is to be successful.

This means removing the protections enjoyed by people with money and power in the current system, and also, the steady mockery of their success as the type of toady apparatchik benefits enjoyed under the Soviet system. We need a culture that rejects everything that seems important now and sabotages it at any opportunity.

Unfortunately, this puts us in a role parallel to that of Leftists: our job is to destroy. But in this case, what we are destroying is the parasitic leadership and elite pseudo-caste above us, and we are doing it so that others do not follow them. Sabotage is our weapon, starting with any respect given to these people and their roles.