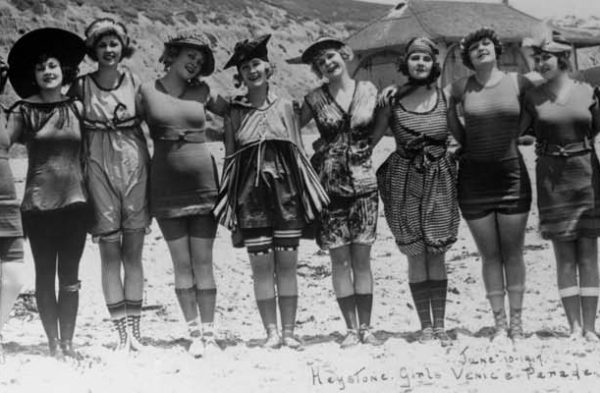 From one arm of our Soviet media, a collection of neuroses masquerading as political thinking:

In an unnerving campaign season, what keeps their anxieties in check is the belief of Sandy Zielie, 46, the shopâ€™s owner: â€œWomen are going to save this country this election.â€

…â€œI have always voted Republican, but I donâ€™t feel like I could vote for Trump this year,â€ Rosanna Koehlert, 58, a college graduate and housewife, said as she shopped the other day in Merrimack, N.H. â€œHe shouldnâ€™t be making fun of people and making them self-conscious about the way they look. Thatâ€™s not what a president should be.â€

Keeping in mind that anything from the Washington Post is suspect because the newspaper as a whole is a Leftist propaganda organ like the rest of US media, this article is interesting: college-educated women speaking about trivialities as if they are the most important traits of the candidate.

This mirrors the general idea of Leftism, which is to make all things personal. This betrays its roots in individualism: individuals want equality so that they are guaranteed inclusion in civilization even if they fail or contribute nothing. This is why for them everything is personal; their agenda is personal, at the expense of society.

On August 18, 1920, the 19th Amendment was ratified and gave women the right to vote, something that our founding fathers clearly must have contemplated and rejected. Almost immediately the women’s vote helped pass Prohibition, which inaugurated the age of organized crime in this country. So far, so good… not really.

Since that time, women have been reliable Comrades who swing left on just about every election because of their desire to pacify, appease and subsidize problems. This makes them feel powerful, much as they do when spending money they receive for attendance at their jobs, because they have spent away a problem. Not surprisingly, this is the default government solution.

There is a punchline. Trump is doing just fine with women who did not go to college, which affirms for many people that college is a brainwashing session in which copious amounts of alcohol, promiscuous sex and labyrinthine nonsense theory erase the character and replace it with a guilt-ridden, self-doubting robot.

And another punchline: in addition to repealing the 19th Amendment, we should repeal democracy. People in groups vote just as stupidly as the women in the article above, who seemed guided by pretense and snobbery rather than anything approximating logical analysis. As the 21st century ripens, it becomes clear that democracy has made many decisions on the level of bad that Prohibition pioneered, and only now are we seeing how disastrous they were.