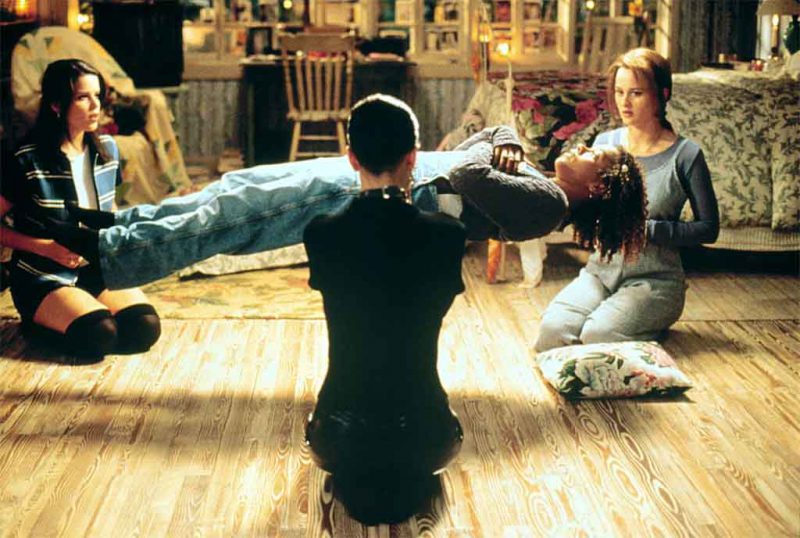 Antonio García Martínez, my response to you is as follows: “OK, Conservo-Boomer.”

One fascinating aspect of this New Right is that it shares a worldview with, of all things, the old hippie left. Two core tenets of New Right ideology are now:

1) The United States is incapable of doing good in the world, and historically has been a force for evil worldwide.

2) Everything that happens in the world is the direct result or responsibility of the United States.

After I finish chuckling at this, I should probably send this Antonio García Martínez a Thank You Card from Hallmark. Even if I were a Leftist, I would have been about a hundred SAT points and maybe half a point worth of GPA short of being a Berkeley Leftist. I wonder how many legitimately intelligent Leftists that were smart enough to even get into Berkeley still remain ingenuous enough to still believe in that entire stupid racket.

However, Senor García Martínez does point to a real world test case to question the philosophy of The Dissident Right. He claims that our failure to sound both as shrill and as Stranglove as Senator Lindsey Graham (Gaycuck – SC) in our condemnation of Vladimir Putin makes us all anti-American. He challenges our fundamental patriotism because we have not attended the current two-minute hate and thrown the requisite bag full of offal at the projected image of Gaydolf Putler. To borrow a motif from another Dissident Rightest, Terrance Popp, “Challenge Accepted!”

Let us start with Antonio García Martínez’s first assertion. “The United States is incapable of doing good in the world, and historically has been a force for evil worldwide.” A good, snappy Berkeley Leftist would advise Senor Martinez that he should have used the old Grad School indefinite here to hedge his epistemological risk. In addition, .And. Logic will tend to limit your pool of acceptable thoughts.

My personal Dissident Right heresies are considerably more nuanced. I tend to think The United States has done some remarkable good. Take away American Thomas Alva Edison, and I cannot even read Martinez’s ideological insults on an LED screen. Take away DARPA’s directed and decentralized computer network, and I would never possess a platform to respond to them. A large subset of smart Americans have assisted in a vast and transformative technological revolution that makes our charming intellectual debate even possible. Deduct American Norman Ernest Borlaug, and Mr. Martinez and I are probably both too hungry to care about this fancy intellectual stuff anyway.

That being said, America made two bad wrong turns that helped us morph into Amerika. These twin colossal failures are what make me a Dissident Rightest.

1) America butchered the aftermath of the American Civil War on several levels. I tend to point to the 14th Amendment to The United States Constitution as a major departure from our initial inclination towards being a locally governed republic that trusted the fundamental wisdom of its constituent population. It sowed the jurisprudential and philosophical seeds of the Kakistocracy that we now all live under.

2) The outgrowth of this first failure was truly realized when Evil Amerikan Emperor Franklin Delano Roosevelt permanently enthroned an Inside-The-Beltway elite. He was Amerika’s most transformative and over-empowered Kakistocrat. When I referred to him back in 2016 as Amerika’s Proto-Putin, I did not mean it in the kindest way possible.

So how did American Democracy become this soulless empire of political coalition building? It came to be that way because FDR perfected the art. The art then worked like hell. How well? So well that Franklin Roosevelt won in 1932, then in 1936, and 1940, and 1944. He has the dubious honor of having spawned his very own constitutional amendment which limits presidents to two consecutive presidential terms. In many ways he was the very architect of the cynical and manipulative political machines we so hate yet still see repeatedly grind their way into power. As Amerika’s Proto-Putin, Roosevelt established the first wonk squad of professional electioneers. Dubbed “The Brain Trust”, these men worked on honing and messaging his message and increasing his appeal.

I would say Proto-Putins are a nasty category of leaders. However, when you follow a set of amoral and detestable principles like the ones that were implicit in the 14th Amendment, you will eventually encounter a massive societal failure. Once you encounter this fail, you will also get your totalistic dictator. Mao, Stalin, Roosevelt and numerous other dominating totalists have arisen from the destructive crisis wrought by demotism. Once the mob gets control of the society, you will eventually have to resort to a Hitler in order to survive. Not liking the fact that Russia is ruled by Putin is like not liking gravity when you land too hard on your @$$.

Martinez’s second assertion was “Everything that happens in the world is the direct result or responsibility of the United States.” This has limited merit. The United States did enjoy two hegemonic periods of recent history because of a set of circumstances that we were partially able to leverage in our own favor.

1) We came out of WWII as The World’s Unbombed Nation. China, Germany, Japan, Great Britain, Russia, and just about every large country other than Argentina and Brazil remained crippled for decades after WWII. We were not crippled, and had a de facto monopoly on the world’s most modern industries.

2) The USSR collapsed and the CCP remained communist in name only. The closest anyone running a planed economy could get to autarky was tightly controlled mercantilism. Even the mercantilists ended up having to buy something from someone. From 1990-2008, this was predominantly the US of A. People selling widgets sell them to the customers with a non-zero demand and a means to remunerate the production effort.

These two points completely and totally support Martinez within a limited framework. A philosophical Hard Materialist who boofed it hard on bong hits of Dialectical Materialism would have to agree with Martinez. The other 99.99999% of reasonably smart adults who can read would not sign off.

It does not take an Internet Extremist to figure out that people like Muqtada Al-Sadr take actions that Amerikan Kakistocrats would rather he not pursue for minimal economic remuneration. He probably isn’t earning too much more to serve the interests of religious Iraqi Nationalism than I receive to help coach my two kids in their Little League sports endeavors. He may not be the world’s nicest guy, but he is not just doing what he does for The Benjamins, or to win a geopolitical phallus-measuring contest.

People play games other than Monopoly or The Game of Thrones. They love things other than raw power and acquire things they care about for non-competitive reasons. Not to go all Berkeley Liberal on Mr. Martinez, but money, power, and the ever-expanding state are not the be-all and end-all of all things. If we were America instead of Amerika, then intelligent men like Mr. Martinez would hold these values implicitly and not have to have them served up to them on a platter by some whack-job, Not-Quite-Bright-Enough-For-Berkeley Liberal.

In conclusion, not all Dissident Rightists love on Vladimir Putin. All intelligent observers, Dissident Right or otherwise, should understand that he is like The Integral Anomaly from The Matrix Trilogy. He rebalances an equation necessary for social order. He appears after Modernistic forces like demotism have driven things out of balance to the point where some nation faces an existential crisis. If Putin is not an answer that Mr. Martinez likes, then he needs to examine the questions that demotic governing systems like communism and Amerika’s increasingly direct democracy ask of the societies over which they rule.