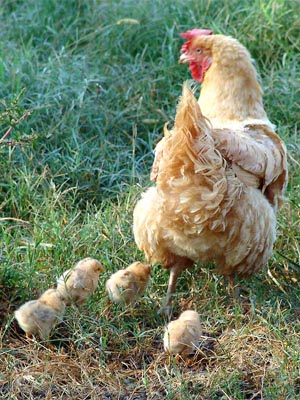 As a kid and young adult, I detested the term “maturity” because it meant submission to the adult world and the corresponding bitterness that makes people want to force others into jobs, marriages, friendships and commercial contracts that are equally miserable to what they went through.

It’s like the first day of prison: we all get raped. I did, so I will now enjoy your suffering. Life raped me so it owes me the ability to rape you or someone like you. At least, that’s how they make it appear in the movies, and if anyone knows about this mentality, it’s Hollywood.

Maturation is a different process. Once called “self-actualization,” it is the growth of experience in the mind that allows the purposeful person to separate personal notions, desires, sentiments and fears from reality. When they understand more of reality, they can find a place within it where they can both utilize their skills to good ends, and appreciate what they do.

This is larger than jobs and “adult responsibilities” (a baffling term in contrast to “adult book store,” a term we learned as kids because our freeway transit took us past a place with that same name). It is about recognizing that personal desires are ultimately empty, and one must find some activity to fill the time of life and make it rewarding.

For some, this will be a career where they can both succeed and feel they do well by their world. Others will wander the world as itinerant philosophers. For some, it’s a fusion of the two.

Part of this maturation, the part called self-actualization, consists in getting over oneself. Finding out that the self is not the goal of life, or more accurately, that the self is served best by finding something other than the self to aim for. The other part of maturation is a correspondent intellectual clarity.

When you are caught up in the world of youth, you are on a path. This path leads through school to some mystical place called “adulthood,” like an empty field right beyond the gates. There no path exists; you have to choose your own. Because childhood comes with a context pre-defined, you do not need to think in terms of cause->effect reasoning. You have to think like a shopper, in terms of what effect you want to purchase, and you can take things at face value.

The growth and maturation of the intellect on the other hand consists of finding out what steps you must take to achieve any thing. While as a child you may opt for the class on economics versus the class on facepainting, as an adult you must determine how to investigate and master economics.

A great burden and liberation exists in this. The choices of an adult are creative, or determining what you want and how to make it; the choices of a youth are competitive, or choosing between pre-defined options like products on a shelf. Adulthood takes more intellectual work.

As some have noted, this switch is reflected in politics:

At some point in his first or second year, the average undergraduate comes to a dreadful, shocking, thrilling, intoxicating realization: Everything I was taught to believe until now is a lie. We’re not the good guys. We’re the bad guys: the West, white people, my parents, whatever. Grasping this insight is the key to enlightenment, and enlightenment is the key to, among other things, pulling chicks.

As time passes, most of us move on to a more balanced understanding of life. But that first rush of exhilaration at having pierced the veil, at being granted the power to see through the lies that hold others in their thrall, never really leaves us, and retains its ability to shape our thoughts throughout our lives.

In its most benign form, it presents itself as a harmless contrarianism, of a kind to which this column might occasionally succumb. But under pressure, worked and reworked through the recombinant loops of the obsessive mind, it can progress through various strains of Marxism to conspiracy theories, UFOlogy and worse.

The reflexive oppositionism of so much of the left, its instant identification with whoever or whatever is most hostile to the society of which it is a part, most closely resembles that of the undergraduate. It is a badge, a pose, a lifestyle, an arrangement of reality that is pleasing to believe, a reminder to the believer of the third eye of enlightenment that is his gift. – National Post

When the mind is in a competitive mode, the focus is not on what must I do but judgment of the options that exist. What do you think of this one? Well, here’s my opinion — and yet, those opinions do not involve alteration, improvement or shift in direction. They are assessment, like comparing properties for sale or the pomegranates at competing stalls in a middle east bazaar.

Such thinking is self-reflexive. Am I the type of person who finds this important? Will this fit into my life and self-image? How does this make me look to others? It leads to a view not of the issues themselves, but those issues as filtered through self, socialization, profitability and other non sequitur personal judgments.

Maturation on the other hand involves a certain type of thinking: what do I wish to create? It is not a choice among existing options; you know what those are, and their limitations. As a result, you are forced to analyze the world through cause->effect thinking. If you know your goal, you can analyze similar achievements to find a working method.

This is most radically different from childhood in that there is no inherency. When you’re on a path, you’re choosing between existing options. When you must create your own, the option you choose defines you; there is no teacher, parent or peer group whose monolithic approval determines success or failure. It’s only what you can make work.

Unlike in childhood, when you wandered between choices and picked one, you are looking for something that isn’t there. You will know you succeed by yourself only, not by authority. You want to modify them, to find one that fits your needs by burrowing among many and forcing yourself on them; you want to create a new option.

One reason liberals are children are so rebellious is that they have not yet crossed this threshold, and it makes them angry to face it. They feel impotent, small and unready. Their response is to use the social weight of others who feel the same way to force the creation of a collective path, one that is not a flexible values system like culture, but a singular method of ascent. That way, they again have the linear order of childhood.

We could view the industrial revolution and the political revolutions that accompanied it as a 400-year vacation from adulthood. With enough angry peasants will guillotines, we can re-create the path of childhood through the notion of “progress” toward a dogma ideal. It’s best if that ideal can never be reached, so the path can always exist.

In other words, liberalism arises from the desire of our peasants to be neotenes, or perpetually youthful and yet at the same time, neutered like livestock. Is it any wonder that our society pathologically worships youth and fears death, and encourages domestication and neutering (political correctness) wherever it can?

But a backlash against perpetual immaturism is beginning.

One reason radical right-wing parties were marginalized for a long time in Europe is that they were simply too disreputable. It was worse than uncouth to agitate openly against minorities, let alone to flirt with ideologies that had caused the death of millions. Even to suggest that large-scale immigration could be a problem was considered racist until not so long ago. In such countries as Belgium, Austria, the Netherlands and France, mainstream parties have tended to gang up against radical right-wing parties, blocking them behind what the French call a cordon sanitaire. On the whole, voters for the far right hovered between 10 percent and 15 percentâ€”more than is desirable, perhaps, but few people worried that they would ever get much more.

The cordon first began to crack in Austria and Italy, during the â€™90s. This was not so much because Austrians were rediscovering their Nazi sympathies. Indeed, by the late â€™90s most politicians on the democratic far right in Europe had tried to distance themselves from Nazi or fascist antecedents. The reason for the Freedom Partyâ€™s success was that the Social and Christian Democrats had been in government too long. People voted against a sclerotic establishment. Many Italians felt the same way about the Christian Democrats, who had been propped up for decades, with the help of the United States, to keep the left out. But once the Christian Democrats finally lost power, it wasnâ€™t the left that leapt into the vacuum but Berlusconi, backed by neo-Fascist and anti-immigrant parties, such as Finiâ€™s National Alliance and Umberto Bossiâ€™s Northern League.

Already by the late â€™90s, anti-immigrant feelings were simmering in several European countries, where relatively large numbers of â€œguest workers,â€ former colonial subjects and refugees were beginning to make the native majorities feel nervous. Neighborhoods were changing. Jobs were thought to be in peril. Welfare states were felt to be under strain.

And then 9/11 happened, and the murder of the Dutch filmmaker Theo van Gogh, and the bombings in Madrid and Londonâ€”all these atrocities perpetrated by terrorists acting in the name of a violent Islamist revolution.- The Nation

Sadly, this article generates into incoherence from the point above, but it gives us a good summary: while we could indulge in perpetual childhood, we did through the post-WWII years, but with the fall of the Soviet Union, we lost more than an adversary.

We lost a surrogate path.

Now we had to forge a new way. What were our values? Uh… hard work, money, shopping, ethnic food, and …uh… …well, gotta get back to the missus.

It became clear that our culture is empty and meaningless because it lacks purpose, other than the self of course. How could this happen? One side of the political equation wants to keep us in perpetual immaturity, and that’s the left. Coincidentally, they have gone from zero to sixty over the past 200 years.

Under leftism, in other words, we lost our drive toward maturation.

The voters are now correcting that. In the current decade, for the first time since 1789, we’re seeing an inertial shift to the right. Being liberal hasn’t worked out. It has brought disaster and miserable lives, because until we decide to mature, we cannot have values. We get shopping instead.

In short, we are beginning to see that while “maturity” as defined in our current society is a dead-end, maturation is ultimately to our advantage. It lets us be creative again. Have a purpose again. Enjoy our whole lives again, and stop worrying about dying in a meaningless abyss constructed of leftist politics.

The future is more complicated, but brighter, so long as our turn remains in this direction.

Nationalism is not racism | The end of ideas