Nationalism is not racism 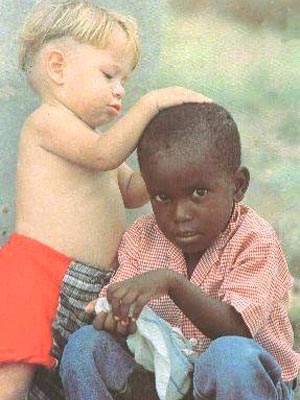 Regrettably, this has to be one of those silly articles that opens with a dictionary citation:

a belief or doctrine that inherent differences among the various human races determine cultural or individual achievement, usually involving the idea that one’s own race is superior and has the right to rule others. – Random House Dictionary

I find this aesthetically unappealing. Dictionaries should be for finding the definitions of precise language, not trying to build an argument about what a political concept is. It’s just silly and underperforming to use one, but most will agree we need a standard definition

Yet if we don’t standardize on the simplest and clearest-worded standard possible, we’re going to be liable to “definition creep.” The left loves this: first, it’s racist to join the Klan; then, it’s racist to not embrace the diversity parade and have at least 11 black friends.

So let’s look at another definition:

The term â€œnationalismâ€ is generally used to describe two phenomena: (1) the attitude that the members of a nation have when they care about their national identity, and (2) the actions that the members of a nation take when seeking to achieve (or sustain) self-determination. (1) raises questions about the concept of a nation (or national identity), which is often defined in terms of common origin, ethnicity, or cultural ties, and while an individual’s membership in a nation is often regarded as involuntary, it is sometimes regarded as voluntary. (2) raises questions about whether self-determination must be understood as involving having full statehood with complete authority over domestic and international affairs, or whether something less is required.

It is traditional, therefore, to distinguish nations from states â€” whereas a nation often consists of an ethnic or cultural community, a state is a political entity with a high degree of sovereignty. While many states are nations in some sense, there are many nations which are not fully sovereign states. As an example, the Native American Iroquois constitute a nation but not a state, since they do not possess the requisite political authority over their internal or external affairs. If the members of the Iroquois nation were to strive to form a sovereign state in the effort to preserve their identity as a people, they would be exhibiting a state-focused nationalism.

Nationalism has long been ignored as a topic in political philosophy, written off as a relic from bygone times. It came into the focus of philosophical debate two decades ago, in the nineties, partly in consequence of rather spectacular and troubling nationalist clashes, such as those in Rwanda, the former Yugoslavia and the former Soviet republics. The surge of nationalism usually presents a morally ambivalent, and for this reason often fascinating, picture. – Stanford Encyclopedia of Philosophy

This definition comes from an excellent source, the Stanford Encyclopedia of Philosophy. While Wikipedia and other social networks have been beating their chests and bleating about how they’re the “new way,” the Stanford Encyclopedia of Philosophy has, with almost no funding and only a few academics, quietly provided a top-notch resource that far exceeds what Wikipedia and social networks can provide.

The point is that nationalism and racism are not the same:

These two are radically different, and only one part of the picture.

Racism hopes to blame problems on a racial scapegoat. If the Hutus have a bad crop, it must have been Tutsi eating up the seed corn, or something.

Nationalism says that our most basic form of political order is advanced tribalism: people are united by culture, heritage, language, customs and values — instead of being united by political dogma, like “capitalist democracy” versus “socialist authoritarianism,” as they are in the nation-state, which is a political State pretending to be a nation.

Nationalism is a sane order for everyone on earth, as every ethnic group can adopt it to their advantage.

As a basis for future political orders, it lets people achieve a standard in common. They desire certain values; they want to reward certain behaviors. Those two methods are more powerful than even authoritarian governments, as the 20th century showed us. Empires come and empires fall, but culture keeps providing good things.

Culture is, in other words, the ultimate decentralized order.

In the five months since a devastating earthquake struck, Japanese police say they’ve received $78 million in missing cash and valuables that citizens have found in the rubble and promptly turned in.

Thousands of missing wallets contained $48 million in cash, and nearly 6,000 more safes turned in by volunteers contained an extra $30 million, the Japanese Police Agency told ABC News’ Akiko Fujita. Most of the found money has been returned to its owners, after police used identifying documents in the safes to track them down.

“The fact that these safes were washed away meant the homes were washed away too,” Koetsu Saiki of the Miyagi Prefectural police force told ABC News. “We had to first determine if the owners were alive, then find where they had evacuated to.”

Some wallets and safes were most likely pocketed, but the scale of honesty in the wake of disaster is still striking. – Yahoo!

In this life, you’re either a realist or a sentimentalist (I stole this idea from Laeeth Isharc, who communicates with a vocabulary change what most people do in 8-10 single-spaced pages).

The sentimentalist cares about what they are feeling, how things appear, what others think, what effects thinking certain things will have on themselves, etc.

The realist cares about consequences. To the realist, the salient fact about life is that it is consistent. If you do a certain act a certain way, you get a certain result — every time. Amazing as that is, it allows us to plan for the future: when we know what we want, all we have to do is look at how people achieved similar results, and avoid the actions they took that achieved contrary results.

Not rocket science, is it?

A realist would look at this situation and say: “Ethnic homogeneity, strong cultural values, a strong bio-cultural identity, and a population with a high average IQ — these things make for a happy nation.”

A racist would look at this event and say, “That didn’t happen with Katrina, so the problem must be black people.”

The realist would respond:

“That may be how it seems to you right now, but reality is more complex than that.

It seems to me that the lack of a social standard, brought on by multiculturalism and nation-state politics, obliterated your method of having a cultural standard like the Japanese did, so you don’t get ethnic homogeneity, strong cultural values, and a strong bio-cultural identity.

You don’t even get a population with a high average IQ, since unless you have a standard you cannot have exemplary members that you promote above others, encouraging the smarter to breed.

In short, you could have had a center to your society based on ideas everyone agrees is important, but you thought that was too limiting, so you depended on government to enforce ‘rules’ instead. That breaks down not only in big storms, but over time. Good luck with that.”

Nationalism is forming a society around a central idea or ideas that constitute a value standard. This standard is encoded in culture, stored in the genes through heritage, and passed on through the centuries.

We see this most clearly in ethnically homogenous places like Israel, Japan and Finland. Israel in particular was created to preserve the Jewish people, a group formed of the intersection of religion, culture and an ethnic group with two major branches.

Most people are going to complain about Israel outlawing miscegenation, driving out Palestinians and refusing to allow just anyone to show up, sing Hava Nagila and get admitted.

But what Israel is doing is created a better world order. Each ethnic group rules itself, and takes care of itself. No one is to blame for anyone else’s misfortunes. We each do what we must in our own terrain, and if people need world culture, they can get it through TV and take-out food (which is as close as most people come to “diversity”).

Contrast this to societies with mixed-race populations, where one group is always on top for whatever reason, and thus is hated by the other, and so a constant minority-majority class war begins.

For almost a year, police departments in several cities around the country, most noticeably in Baltimore, Philadelphia, Milwaukee, and Chicago, are investigating “flash mob”-generated violence, in which packs of dozens or even hundreds of youths, organized through social media sites, appear seemingly out of nowhere to commit assaults, robberies, and other crimes against innocent bystanders.

But here is the dirty little secret that PC media has been tiptoeing around all summerâ€”the perpetrators are African-American and the victims are mostly white.

Another layer to this saga that the PC media wishes to ignore is the mounting evidence that the flash mobs could be racially motivated. In other words, black teens may be targeting non-blacks.

Authorities in Wisconsin say they are investigating 11 new allegations of race-based assaults near the state fairgrounds in which the alleged perpetrators were all African-American and the victims were either white or Hispanic. – Erik Uliasz

We don’t like to admit it, either, but the recent riots in the UK were also racially motivated: non-whites against whites and far-east Asians.

Do we blame non-whiteness, as a racist would?

Do we blame whiteness, and the success of white people in business and culture that hasn’t magically spread around the world, as a racist would?

Or do we just point out that in this world, success as a nation comes from having a strong culture, and in order to do that, you must be ethnically homogenous?

The Autobiography of Malcolm X, by Alex Haley | Maturation