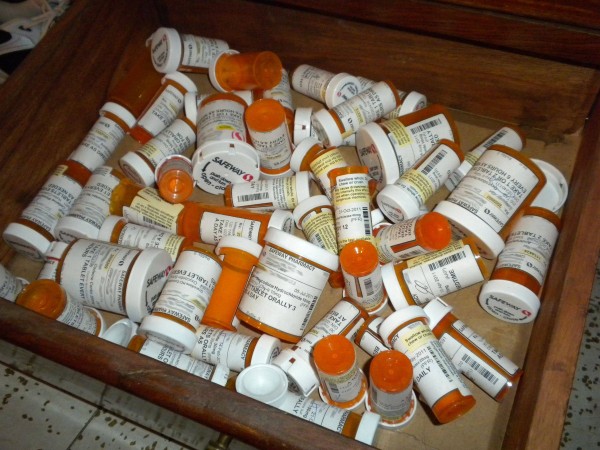 To be a successful liberal, a person must constantly generate drama. This is because liberals are social, because they are based in the individual, where conservatives are results-oriented and based in the ideal of social order. The last drama was gay and transgender marriage and recognition; a potential contender for the next big drama will be the legalization of drugs.

As with all liberal projects, this follows the “ripping silk” model: a hole is made in the silk, then pressure applied from many directions, causing the silk to tear. Liberals specialize in destruction hidden behind the mask of concern for “your best interests,” starting with equality and extending to the idea that every behavior short of murder should be legalized or at least approved of. The hole in the silk will be legal marijuana, probably for a procession of doomed people with horrible illnesses who just want to choke down their nutraloaf without pain, man. This will then be expanded by a desire to legalize all manner of drugs as victimless crimes and personal choices, ignoring the vast damage this does to social order.

Strange that liberals will not speak up for legalizing regulated substances like explosives, various medical compounds and steroids. These do not lead to liberal style happy times, which consist of removing the odious consciousness which periodically reminds them that liberalism conflicts with reality and therefore is most likely insanity. Stop, stop the bad thoughts! Legalize everything you can and maybe it will help. Their victimless doubleplusgood drugs include only those that intoxicate the mind and transport it to a fantasy land where functional liberalism and unicorns frolic together in the golden fields.

And yet, the issue runs deeper than liberals would like to acknowledge. A government that regulates any substance is in effect saying that every other substance is harmless and approved. This approach creates problems in that no substance known to humankind is completely harmless, but rather has certain effects at certain dosages. At one dose, it might be a medicine; at another, a poison; at a third, ineffective for either. This does not mean that all substances are medicines or that marijuana is a harmless medicine that performs works for which we do not have other drugs, but rather that dosage is as important as the name of the substance itself in assessing harm. We have salt on every table, but if you ate three ounces of it you might be in a bit of trouble.

The quandary created by regulation of substances puts society in a difficult position. We either criminalize some, and indicate approval of the rest by the converse, or we legalize all and indicate approval of none. Conservatives should force this issue by demanding legalization of all. Put legal heroin on the streets for ten percent above cost, and do the same with every other drug. Then let people have any medicines, chemicals or steroids they want without a prescription from a doctor. Let us have access to all the dangerous chemicals that you fear we will use to manufacture binary explosives. End the black market in everything by making it all legal.

This forces the issue by making people confront what legalization means. It is all or nothing; no matter what we do, society is stating a position on substances. To legalize marijuana is to approve of it and encourage its use. The only end run around this is to legalize everything, and state clearly our approval of none by stamping USE AT YOUR OWN RISK on every chemical sold. Force the mentally obese consumer-voters to actually know what they are doing with a chemical, or potentially maim, retard or kill themselves. We will lose some, and we will have more terrorist incidents. However, we will have staved off what liberals actually want, which is to force society to approve of their drug habits.

In fifty years, liberals will be screaming for drug criminalization. Their voter base is the one that will snuff itself out, because anyone with the brains to avoid drugs will become focused on learning about how things work and what consequences will be in reality, and hence will have no use for a snake oil magic philosophy like liberalism. Let the bodies hit the floor! For too long, conservatives have tried to save voters from themselves, and the result is a fat lot of spoiled brats who want both their cake and to eat it too. They want civilization with no rules — a condition that does not exist in reality — as a means of indulging their mindless fantasies at the expense of the rest of us. The bill has come due. Let the anarchy commence and we will see who is actually on the “right side of history” by who survives.