Freedom is not free if you let liberals touch it 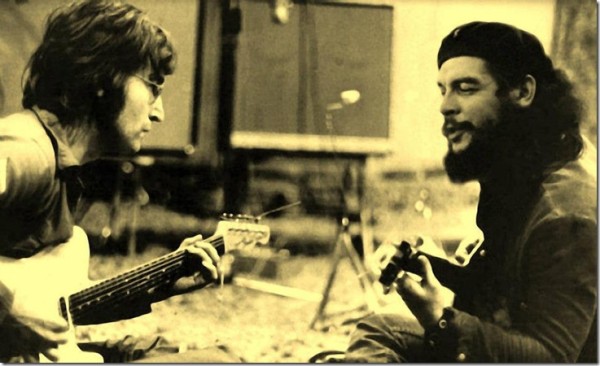 People love generic answers. The broader, the better. That way you can retaliate with the answer whenever a difficult question comes up, knowing that the generic nature of the answer means that it will include the issue being talked about. Something in it will address it, even if vague. Such is the case with our modern platitudes: freedom, democracy, equality, brotherhood, peace and justice. We use them as excuses not to think, and they camouflage our lack of actual goal.

“Freedom” ranks most highly as it is used by both left and right. When Islamic wackoes behead goats and rape journalists (I might have that backwards) we say they hate our freedom. When the KKK stages a rally to protest ongoing diversity crime, or a devout Christian baker refuses to decorate a cake with two men having anal sex for a gay wedding, our pundits talk about the “freedom” they are protecting by silencing these dissidents. Freedom belongs to all, you see, and so if anyone is excluded, none of us are free. It’s like being in a gang but with bigger words.

What troubles people about freedom is that it is a concept without an object. It is entirely a negative idea, which is the absence of something. Of what? Restraints, of any kind, with all of us inserting an asterisk automatically to exclude widespread taboos like child molestation, murder, rape, arson and theft. Some of freedom’s most ardent advocates find this lack of direction troubling, and try to give it a slant to the left, as mouthbreathing turnip-picking prole Kevin Carson does in an article bemoaning the lack of leftist ideological foundation to freedom:

A libertarian movement with this demographic as its core base is doomed to extinction. The reason is that these people, for the most part, arenâ€™t interested in winning hearts and minds among the general public. Theyâ€™re not interested in recognizing the concerns of poor and working people, women, LGBT people or people of color as legitimate, and showing ways that an ideology of human freedom can address those concerns in a meaningful way. Theyâ€™re interested in being superior, in being the last tiny remnant of rational people whoâ€™ve not bowed their knees to the collectivist Baal.

No, pal, you don’t understand your own badly-articulated and philosophically-incoherent concept: freedom means independence from the needs of others and their ideological crusades, in addition to the choice to take up those crusades. When you defend freedom, you are defending those who will set up small towns and by mutual assent exclude any number of groups. Exclusion is one of the fundamental properties of freedom, as it is with other rights, which generally are based upon property rights (you might consider social order instead, in which every rank has a purpose and a duty to the commons in a collaboration/cooperation model). They can exclude other races, other religions, other sexualities… you name it. Welcome to freedom.

If you want to know why libertarianism is both taking off and collapsing, it is this: many of us do not want to follow the ship down under the waters. We live under a tyranny of the plurality where any group that forms a consensus on an issue wins out over those who merely want to live normal healthy lives — there’s nowhere to vote for that — and the herd tends to run away with its ideological objectives for the feelgood buzz it gets from sharing those ideas. It helps them bond, you see, because the herd is composed of generally unhappy people because most people are unhappy, resentful, self-pitying, bitter and in the grips of victimhood philosophy, mainly because if you have not found something of value in life and are not outright mentally disabled, one or more of these is almost always to blame. Very few are actually innocent victims; most are just personally disorganized and mentally incompetent to make decisions.

Those who want to impart a leftist design onto libertarianism and the concept of “freedom” forget the nature of freedom: freedom itself is independence from obligation. It means they take care of themselves, and the rest of you do the same, and if you have failed to do so, it is because you are morally deficient or simply less competent and are being eliminated by the process of Natural Selection (sounds like a second-shelf beer) which liberals love in any other context but the human. Evolution happens when the competent few can escape from the rest and finally, without interference from the insane herd, set up a better way, whether that is a farm or a classical civilization.

Leftists talk up their defense of minorities but they refuse to acknowledge the one minority throughout all of human history. That group comprises the people who think beyond the immediate, plan toward the future, study reality and make their dreams happen. Inventors, conquerors, artists, writers, philosophers and many religious leaders belong to this category. They do not slavishly adore a method like “freedom,” but instead aim toward a higher degree of civilization. This goal can both never be reached and can always be striven for, resulting in — like maturity, improvement in sports or another discipline, or organization themselves — a perpetual quest to make ourselves better.

We have 6,000 years of civilization on the books. We know what works and what does not. Good/better/best are your options; which do you choose? Leftists choose “good” with apologies, but others want to aim for better or best and to do so, they have to get away from the herd that will enforce good or “good enough” on us all so that none rise above its egalitarian level and make the rest feel bad. This is not complex politics; it’s pre-school social dynamics. And yet all of the voices in our mainstream media deny it.

The good that comes from libertarianism occurs in the frame of mind that libertarianism instills. In it, each person is responsible for their own lives and the results therein. They cannot scapegoat others. They must make of life something better than its default, and rise above the mediocre, or accept being of a lower order of ability, society, intellect, and morality in tandem. This restrains the vast majority of humanity, who are heading downward on the evolutionary curve, from restricting the others from rising above. Libertarianism also teaches the idea of engineering a better society through indirect methods.

Liberals understand one method of improvement: get funding, create an agency, and apply rules equally by force. Nature does not work with such universals. Instead, it offers particular circumstances in which an actor — person, animal, computer, civilization — can choose to rise or can adapt to its lack of ability to rise, accept the mediocre and make excuses for this failure. Liberalism is one of those excuses, and libertarian-tinged liberalism is just liberalism in another form.

In particular, the most interesting idea to come from liberalism can be found in the idea of viewing society as a corporation. It should send citizens a bill for taxes, then do something with that money which shows an actual return in physical reality. In this view, feelgood warm fuzzies from diversity programs and child protective services fall short; public schools either produce results or get replaced, much as they would in the free markets that libertarians adore. Unlike the great liberal experiment, this approach requires that we take responsibility for our future and measure it by results, not feelings.

I suspect that Kevin Carson is a bigger racist, sexist and gender-normer than those he criticizes. In their view, nature works better than okay and each race, sex and sexual orientation has a place in its order. It may not be together in one big happy, or serving in cloned assembly line part style — sorry, I mean “egalitarian” — identical roles, but it is a place. Carson fears that if liberal White Knights like himself do not intervene, these groups will die out. It is merely his pretense which is the method he and people like him would use to seize power, which is the opposite of the “freedom” concept he claims to espouse.

The importance of working with nationalists of other races | Legalize drugs