Intellectually Hard Work Versus Work By The Pound 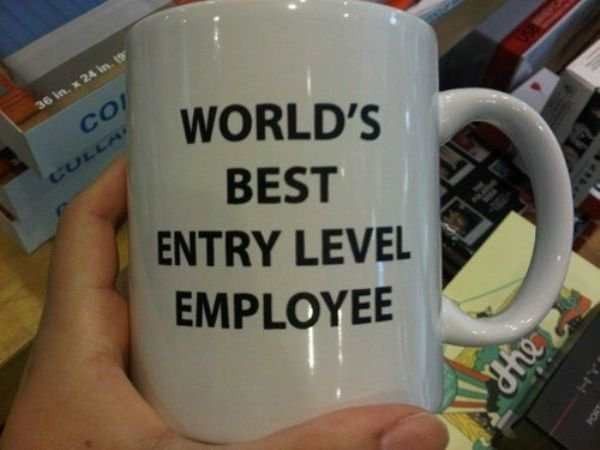 Jobs are suicidal. They make people frustrated, because most of the job is playing politics and doing make-work. They show us the worst of other people, sleep-deprived and under stress, as they act out personal pathologies but must be tolerated because “getting along” is more important to the control structure than quality of results.

Part of the problem with jobs is that they focus on conscientiousness, or following a “responsible” procedure, and almost not at all on inspiration, contemplation or direct action to achieve non-repetitive goals. This rewards the lower intelligence people and punishes those who are more intelligent and aware, but correspondingly, less prone to repetitive tasks.

Our modern science has indirectly discovered this truth — known to the ancients, and the basis of their caste system and aristocracy — through the conscientiousness paradox:

It helps to have a (brief) definition of conscientiousness from the same source:

It’s a fundamental personality trait that influences whether people set and keep long-range goals, deliberate over choices or behave impulsively, and take seriously obligations to others.

A paradox indeed: third world societies are more diligent. However, there is another wrinkle which was not first understood. Further research on the topic may clarify the “conscientiousness paradox”:

The most important finding concerned the differences in correlations between self-report and observer-rating conscientiousness scores with IQ. The former was negatively associated with cognitive ability, while the latter positively. The analyses of the conscientiousness facets revealed, that in regression models three components of conscientiousness predicted national intelligence. Specifically, achievement striving and deliberation were negatively associated with IQ, while dutifulness was in a positive relationship with cognitive ability. Interestingly, this pattern was the same in self and observer rating scores.

This shows us another axis: “dutifulness” versus “conscientiousness.” Dutifulness is related to task, and would include getting all the details right according not to a memorized set of steps, but what is called for on a case-by-case basis. Conscientiousness instead is going through those steps, regardless of how much they apply in a situation. It is a strategy of rote memorization and labor by the pound.

Ancient peoples recognized the difference in mental outlook between the castes. Some are designed to handle hard and unpredictable problems and think about their long term consequences; these have dutifulness more than conscientiousness. Others need to hammer on repetitive tasks and do the usual procedure roughly the right way every time.

This difference corresponds to the differences in r / K reproductive strategies that separate low IQ and high IQ populations. The smarter tend to focus on a smaller set of offspring and invest more into them; the rest have more offspring, and hope that some will survive.

In nature, as in life, everything is a mixed bag and always in flux, but not always in change: the same patterns appear over and over again because they are logically efficient, sort of like a permanent algorithm for life itself. In this way, every population consists of an unequal group, with some specialized toward some tasks more than others, to make this flux work toward constant upward pressure with an internal balance.

This means that r- and K-strategy people will exist in the same society. Much like conscientiousness, r-strategy breeding — based on producing the most offspring possible — is common among third world populations and lower caste European populations. A sensible approach is to have the higher-IQ work on what their minds reward, and everyone else work on what they can excel at.

By denying these needs, we have crippled our intelligent and forced our more conscientious thinkers into positions where they apply inflexible rubrics to varied problems, producing the kind of blockheaded results we see in politics and society. Only through reversing this process can we again have quality of life for our people, and better leadership.

Women In Power | Demons Within