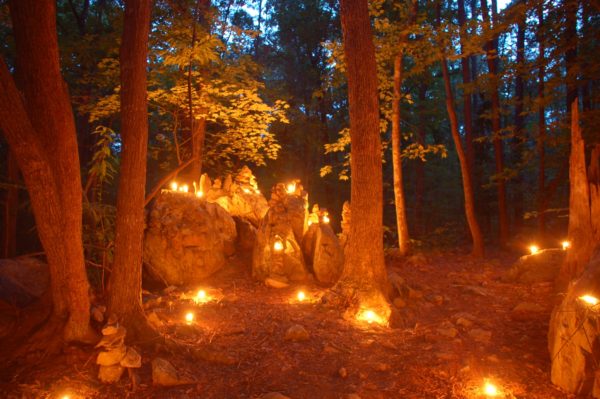 As has long been said, any great strength becomes a weakness. Human language leads us away from the knowledge that reality operates in cycles, and so what is strong becomes weak over time as the world reacts to it.

For the Alt Right, its strength is its popularity, and its weakness is that the same popularity causes it to be corrupted from within. The Right is always undermined by entryism, or sabotage from within by opposite forces, but crypto-entryism may be its biggest problem.

Crypto-entryism happens when the entryist is unaware that they are from the opposing side. They bring the assumptions and values of the other side into the new group, and by so doing, alter its understanding of itself, effectively converting itself into its opposite.

The primal form of this inversion is Crowdism, or the tendency of individuals so that instead of acting toward a purpose, the individual makes itself the purpose; this is hubris or individualism, and mirrors the primal solipsism of all animals, which is a form of obliviousness to the world around them that enables them to feel “freedom” from worrying about the consequences of their own actions to anything but themselves.

Nobility, or the tendency to think of the group and intangibles like heritage or nature, is the opposite of this hubris. It is arrogant and proud, on one hand, and humble and serving, on the other. It is the only way humans have advanced past our early monkey states.

The Alt Right suffers many ignoble entryists. Some simply want power; others want the Alt Right to be a vehicle for their chosen ideology, and you can convert pretty much anything into an ideology if you make it a singular and symbolic goal. Religion, race and patriotism are usual topics.

One of the biggest entryist factions is the bourgeois-minded herd, or those who just want the most immediate problems to go away so that their chosen nostalgia time — the 80s or 50s are common — can return. This is senseless as old times do not return; we can only adopt their successful policies and make new times which will have the same advantages as the old.

The bourgeois want us to forget that the good-enough is the enemy of the good, and to pursue the good-enough. They are balanced somewhat by radicals who want a revival of the Crusades or their modern equivalent, National Socialism, which is more modern than equivalent.

Almost everyone forgets what the Alt Right is telling us: the herd is always wrong. People act for their individual good at the expense of the shared good, not shared just between us here now but our ancestors and future descendants. And in groups, people fall into a herd mentality and choose wrongly.

The Alt Right is not just war on diversity or Leftism, because it includes those things, but war on popularity itself. We are tired of being ruled by the herd. We want the best people in power making decisions that we would not make for ourselves. We want what we need, not what we think we want.

As always with humanity, and especially with higher IQ populations, there are demons within. The enemy is us; what we choose, generally, is what dooms us. Our refusal to discipline our egos and minds. Our need for social recognition. These turn our societies into mazes of infighting.

Under the kings, the West prospered because it had low infighting. There was a clear power structure and while it was not always good, it was not the constant internal friction that we see now where every group gambles on gaining control.

Infighting has doomed the West. Infighting arises from self-interest at the expense of group interest, and only those born to be noble are free of that tendency.

For the Alt Right, it is essential to avoid the inner friction. We will never have an ideology as the Left does, comprised of a single simple and symbolic idea, egalitarianism. But we need to be clear on what we want and crowd out those entryists and their self-interest.

Intellectually Hard Work Versus Work By The Pound | Enemies And Friends