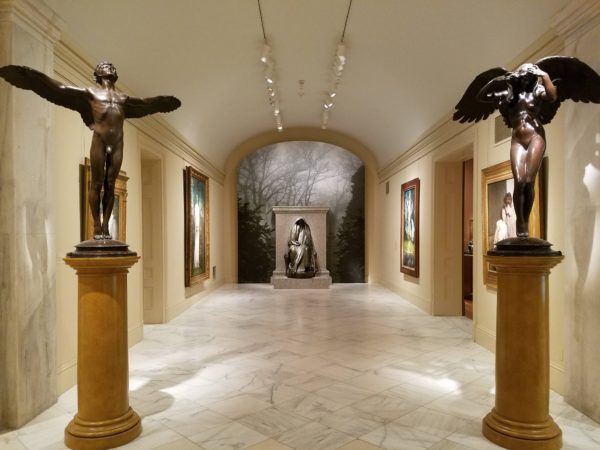 For many years, this blog has covered r/K strategies and their effect on societies. The grim fact is that this primal divide defines two basic approaches to life:

The first we might see as the social strategy. Throw in your lot, and hope for the best, figuring that everyone has a place. The other sees that life is a zero-sum game because even if resources are not limited, leadership is, and hierarchy is needed; this requires investing more in the offspring so that higher quality, or depth of understanding, is always the goal.

That zero-sum approach works because of this:

“We found that involved and supportive parenting can completely override the effects of a genetic risk for substance abuse,” says study co-author Gene Brody, Regents Professor in the UGA College of Family and Consumer Sciences. “It’s a very encouraging finding that shows the power of parenting.”

If you nurture your kids past their bad habits, they make it to the next generation, at which point the genetic split becomes obvious: one child goes for drug addiction, and the other does not, and that other is the one to create the next generation. The parents of these kids are unaware of their own problems with drug addiction, so pass on the trait, but this then ensures that their offspring are selected for absence of it.

The thing is that r / K strategies reflect a broader divide.

Some empirical evidence exists to suggest that this divide is innately recognized by human beings, with introverts being known for making more thoughtful, conservative decisions:

The new study of 81 men and 74 women found that men who thought they were more personally susceptible to contagious disease preferred introverted female faces over extraverted female faces. Likewise, women who thought they were more susceptible to disease preferred introverted male faces over extraverted male faces.

Extraverted or externally-directed people are individualists; their external direction allows them to avoid having to understand their world, so that in turn they may focus more on themselves. They are not people of the plan, but of impulses, and they are fascinated by their impulses and sensations to the point where understanding the world is an interruption that they resent. For this reason, they refuse to plan much if at all, and act on the basis of what they respond to, which are inner appetites and feelings. These sensations are the opposite of self-direction, which requires muting sensation in order to focus on goal and purpose, and to that end, to understand the world well enough to work within it. An extravert does that only to the degree required to satisfy his impulses.

For this reason, when results count, humans turn to introverts. Introverts also tend to be those who, being people of the plan, favor K strategies, or having fewer offspring but investing more in them through stable families and high parental time commitment. This requires sacrifice, both to keep a marriage together and to spend hours instructing a little blighter that does not yet have a fully grown nervous system, but pays off in that the descendants are oriented toward successful strategies in life. It is on this type of thinking that advanced civilization was built because this strategy alone produces a flow of high-intelligence people and is able to nurture genius.

When civilizations decline, it is through the production of extraverts through two mechanisms. First, the societies reward repeating methods of the past without understanding, which is a side-effect of the anonymity of an advancing society. Second, the improvements in food supply, health care and stability allow for those who could not survive outside of the society to become part of it, and by definition, they do not understand what is needed for civilization and become its unspoken enemies. A society geared toward survival will eject as many r strategy extraverts as possible, and nurture its K strategy intraverts as they are the backbone of its success and leadership.

With this in mind, we see a division in population:

A society which is thriving chooses more of the former than the latter, or at the very least, gives them authority and allows them to keep the rest in line. Equality favors the latter group because by making a good result in the long-term equivalent to a short-term socially successful group, it favors the short-term because it is easier to produce and more popular.

When the West decides to get serious about resurrecting itself, it will do so by removing such incentives toward individualism. While individualism will always be more popular with any group, it is the death of civilization, which is why civilizations fail: they give in to what is socially convenient and in turn, make their realists miserable at which point they start dying out.