How To Know If You Have Joined A Hate Group 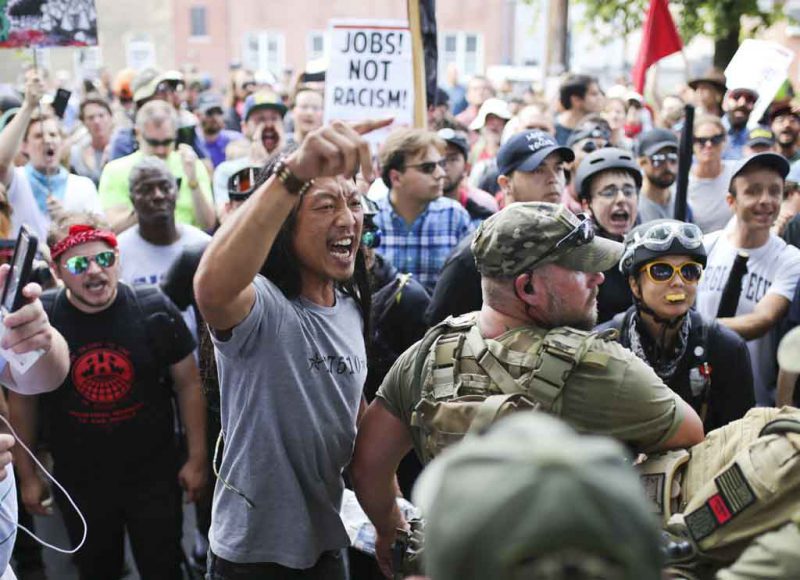 Like any game, politics has specific rules. Among those an astute observer will discover the basic rule, which is that you either motivate the masses or they turn on you.

Since politics relies on appearance and not results, which come might later, it relies on the use of techniques that mobilize large groups by exciting them about an idea. To do this, you need to craft an idea with three vital traits:

If you do this, you can get the group together. It will be comprised of selfish people, since only individualists find a group appealing, because anyone who has transcended individualism is more interested in end results of a qualitative level of greatness. You are appealing to people who do not have answers and are not self-actualized, which is most of humanity.

When you get the group together, it will form a crowd — like a cult, gang, witch hunt, herd, stampede, or clique — and it will promptly declare itself enlightened while everyone else is a stupid monkey. This will cause your crowd to grow, and you will prosper with it, since its members will depend on you for guidance.

At first, you will not have much power, so you will have to play the victim. This means that you must demand “tolerance” and acceptance from others. They will do this, not wanting to seem uncharitable, since that is a sign of weakness. This allows your group to move in and set itself up to become powerful.

Eventually, your group will have dominated, and at this point you face a quandary, because your rhetoric becomes real. Whatever you scapegoated as “the problem” will be destroyed, even if you personally refrain or advise against it, and whatever you idealized will be implemented, even if — especially if — it clashes with known reality.

When groups utilize this method to the point of arguing for the destruction of other groups or people, they are known as hate groups because the majority of their focus is on negative solutions (removal of something else) with little on positive solutions (creation of a dominant alternative).

Use this handy chart to understand hate groups:

With the above, you can see that all modern groups are essentially hate groups, but some conceal the targets of the rage behind vague terms like “elitist” or by targeting the belief instead of the believers who are the actual target. You can tell that you have joined a hate group when it fits into these criteria.

As to how to act without a hate group, only two methods exist. You can be an autonomist, which is a type of extreme individualist who denies all politics but also refuses to contribute to society; “sovereign citizens” are an example of this type. You could also be a realist, which means that you act toward positive solutions as measured in reality, and your only negative solution consists of removing threats to this (the insane and the delusional, including egalitarians).

Of those two, the reality-focused group, which includes those who hope to improve reality qualitatively by making it more like heaven or more excellent, provides the only option in which you can be a hero. Otherwise, you are either selfish, or participating in the cycle of scapegoating and wishful thinking which makes democracy a grinding path to exhaustion and doom.