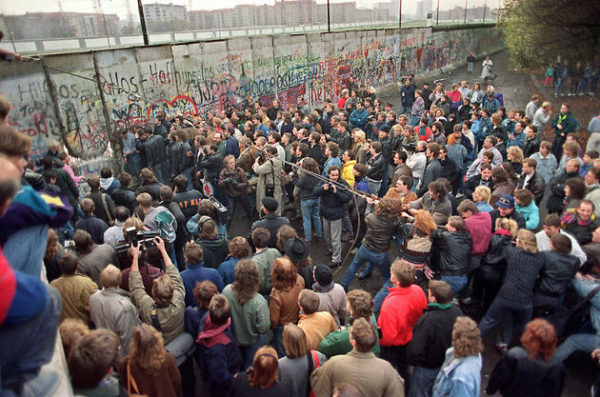 Humans thrive only with civilization, and civilization remains a popular topic in discussion although we do not frequently frame it explictly as such. Current talk about civilization is mostly spurred by the decline of what George H.W. Bush famously called a “New World Order” (NWO) which consisted of an American empire of globalist economics based in world domination by liberal democracy.

Its failure was apparent back in the middle 1990s when Samuel Huntington declared it dead in his epic The Clash Of Civilizations and the Remaking Of World Order, but has recently been in the news with the Chinese proposal of a “Real new World Order,” a replacement for the presumably (by the logical inversion) fake old NWO.

Meanwhile, based on the results of the multicultural experiment called South Africa, the top Institute for Security Studies in Africa has declared that the most important risk to society is â€œsocial organization.â€ Some books have been trying to entertain this idea as well.

This confuses economists and politicians unknowingly fighting the multitude of problems emerging from the above-mentioned social organization. We canâ€™t blame them, because they are focused entirely on their own fields of expertise. However, these people only acknowledge standard societal risks identifiable as a combination of the following:

However, these standard risks ignore the risk of failure of social organization, which is cyclical by nature and apparently coincides with societal growth and decline. Using industry as illustrative example: a company starts a new patent becoming quite profitable, after which it goes bankrupt because the next creative patent destroyed its market. In the same way societies grow and decline, to be replaced by a next society.

Any organization within a failing society will also fail. This civilizational growth and decline cycle can also be visualized through a healthy (competitive) society becoming dark (defensive), ending up becoming toxic (decomposing) while its territory is taken over by the next healthy society.

The combination of risks as it applies to a healthy society has shown that life expectancy correlation with GDP/capita is 0.61. The same correlation in a dark or toxic society is obviously unknown, which implies that the risk of â€œsocial organizationâ€ has a funny (complex) effect on top of our â€œstandardâ€ society.

Projecting this idea further means that whatever handbooks economists and political professionals now produce will mean nothing in a future (healthy society) which is unfortunately also true of current leadership concepts.

A new social organization is undoubtedly on the way, whether Chinese or our own, meaning we may as well start discussing it. Since we cannot tell future leaders how to arrange their future organizations, the best would be to identify probable solutions to risks currently perceived as enduring over time.

To mitigate the currently unattended risk of social organization — the organizational cycle of health-to-dark-to-toxic) — a more realistic view of humans is required. Apart from the natural formation of culture, what we also confirmed historically is that women do things differently than men. In fact, we should expand on that because families are the most important economic unit of all.

Based on that, a slight change in how we do things is proposed herewith. Instead of the â€œequalâ€ workplace where men and women are â€œequal,â€ why donâ€™t we acknowledge the benefit of inequality and make women line managers, with men getting the job of project managers. This is of course a sort of matrix organization few â€œexpertsâ€ know how to deal with, despite the fact that they are married.

The specialized roles are consistent with use in a matrix organization, which as the name implies is one where both horizontal and vertical aspects of power exist:

Taking it further, since not all women are excellent line managers, or men excellent project managers, this inequality benefit can be even further â€œtaken advantageâ€ of by establishing whatever they might be excellent at that others are not. This will be made possible, because of the one benefit a matrix organization has above all else, which is that it optimizes resources from both angles continuously.

In a matrix organization, it is easier to accept “Who You Are,” through which implicit goals are set. Any group wants to be itself and improve itself qualitatively, which requires both external methods such as excluding the Other, and internal ones such as improving the moral discipline and capabilities of individuals.

By way of contrast, a typical pyramid-based or vertical-only structure relies on people being interchangeable parts, some of which rise by attempting to be “perfect,” resulting in a “crab bucket” effect where every person competes against every other for the same things. This encourages dark organization by forcing people into a defensive mindset, at which point they exploit the organization for their own purposes, which usually takes the form of incompetents getting promoted because they “worked the system” and “played the game” instead of trying to achieve the goals of the organization.

A more flexible organization can be found in a civilization of families, where the civilization itself is understood to be a â€œfamilyâ€ because it will almost automatically mitigate the risk posed by social organizations. In other words: everyone has a place, in exchange for these places being unequal, and everyone works toward the same goal as they can according to their abilities.

We could call it the Family World Order (FWO) after a statement by Queen Elizabeth II. When asked what (Her Majestyâ€™s) highest priority was, she answered â€œFamily.â€ She understands that civilization must be a family, and within that have health families, so that each individual is guided to a cooperative role instead of competing against all others.

For those of us looking to replace the NWO, the FWO offers a consistent model that is both flexible and resilient. It also fits with traditional ideas of nation, caste and decentralized cooperation through strong principles and implicit truths shared through culture and genetics. As the old order fails, let us strive for this new better option.

How To Destroy An Aristocracy | “Free Will” Is A Nonsense Theory