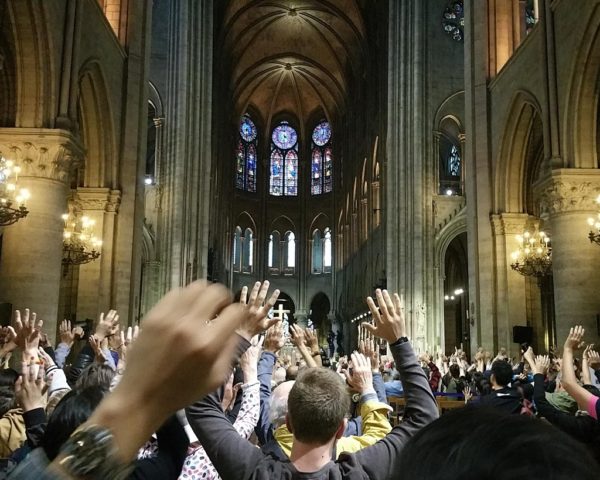 The original Introduction to Dark Organizations now requires an update as part of my ongoing effort to apply management consulting and risk management solutions to human civilization, through the lens of the Alt Right.

The emergence of â€œtoxicityâ€ in its organizational, rather than individual sense became quite noticeable recently. The term â€œtoxicâ€ is used in an attempt to indicate an extractive â€œdarkness,â€ because dark characteristics imply defensive organizations while â€œtoxicâ€ refers to an extraction of the last gasp of wealth and power from the host organization that encloses the dark organization.

However, it is the â€œdarkâ€ dead body that is toxic, causing new employees to unknowingly abuse the defensive system they inherited by extracting its last gasp for self-benefit. After all, the smell of death has a strange effect on man and animal.

In other words, the old guard that worked hard but then became unknowingly defensive, due to modernity, is now being replaced by younger flag-carriers who recognize a staggering organization only able to provide that last gasp of opportunity for wealth before it falls over. This â€œlast strawâ€ is not an attempt to â€œsalvageâ€ the organization, itâ€™s about using the â€œdead horseâ€ as a step to access a higher personal objective of â€œclassâ€. This class is available in the after-dinner-club

It is like kicking (your own) dog while he is down, only in an unknowing manner. In a psychological sense that might be viewed as contempt, because you are working with people you respect only to find out they canâ€™t handle modern pressures and there is nothing they can do about it. So you donâ€™t react by confronting them, you react by beating them at grasping for the last remaining straws of wealth, while positioning to join a class devoid of moralistic limits. After all, it is about survival of the fittest (or so it is motivated).

Effectively these new entrants to the â€œgameâ€ are infected to become toxic hyenas in the same organization, but not necessarily the same industry. For example, the Prime Minister of Hungary does not have this problem.

One global example can be used as circumstantial evidence (other examples are possible):

It is contained in an article by VDARE describing how Angela Merkel may have been bribed to accept migrants. Angela Merkel may have been the German Chancellor for ten years, but in terms of the global â€œafter-dinner-clubâ€ she is a newcomer. Since their official reigns ended, Cameron and Obama have been working feverishly to get into this club. Clearly Merkel wants to join them after her dogâ€™s demise, i.e. the collapse of Germany.

Based on this article (and the same type of article can be written for Cameron and Obama and indeed was written about Blair), Merkel is feeding off German society by making them pay for migrants, which makes her look good in the eyes of Soros and others. This may seem simplistic, but more in-depth arguments would require an entirely separate book, similar to the 600 page version written on Tony Blairâ€™s Broken Vows.

However, the term â€œtoxicâ€, as applied to a single, decomposed body, anticipates that multiple hyenas are gathered for the feast, meaning that Merkel is not the only one, there are many and they are from all party political persuasions, such as Jean-Claude Juncker and Jeremy Corbyn. The victim of this hyena mob is European civilization, which these dog-kickers apparently view with considerable contempt. But what would activate these newcomers to become so ferocious? In terms of this article, they were bribed, but what grand vision could possibly bribe them?

It appears to be the promised carbon tax regime pushed via the global warming scam that is worth an estimated $100 trillion.

In summary, organizations tend to be healthy until â€œpressuresâ€ causes the original structure to become defensive in an unknowing (to those employees) fashion. One could say that the organization protect itself causing its wealth to deteriorate to about 20% of its original ability. This takes time, meaning that a new wave of employees will enter the organization not knowing about the 20% effect.

However, they will eventually pick-up that the organization â€œis going nowhereâ€ causing them to cast their eyes towards external opportunities. These do appear, but with the proviso that assets under their control be brought with. (Salesmen are always asked to bring clients â€œoverâ€) In this case these employees become hyenas without knowing it, trampling on a dead organization in order to gain access to the after-dinner-club (in this global case).

This organization is therefore â€œtoxicâ€ because its dead corpse serves only to infect every newcomer touching it. Discussions regarding a possible revival will however have ended, when the dark stage was reached i.e. when value dropped below 20%. Darkness (from its original structure) can be maintained for a long while, but as the new generation enters the â€œgameâ€, decline is accelerated and bankruptcy encouraged, grabbing the last remaining assets.

Metaphorically, it could be said that the body shrinks in its old age, only to be devoured by hyenas (of all shapes and sizes), opening space for the next lion. Or in reality, a dark organization will eventually become toxic thereby affecting everything around it. In Rome it took hundreds of years, in modern society, it may accelerate to fifty (or within this lifetime).