“Free Will” Is A Nonsense Theory 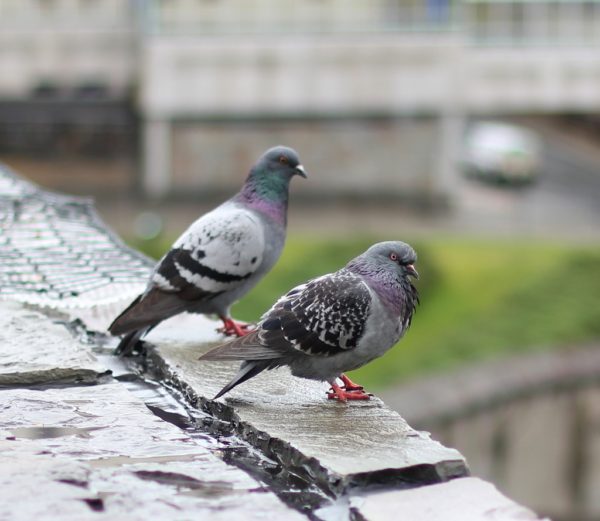 In the latest round of neurotic hand-wringing about culpability and free will:

Does this mean we are relieved of moral culpability for our actions? As the old joke goes: nature or nurtureâ€”either way, itâ€™s your parentsâ€™ fault. With all these intervening variables influencing our actions, where does free will enter the equation? Like most scientists, Sapolsky rejects libertarian free will: there is no homunculus (or soul, or separate entity) calling the shots for you, but even if there were a mini-me inside of you making choices, that mini-me would need a mini-mini-me inside of it, ad infinitum. That leaves two options: complete determinism and compatibilism, or â€œmitigated free will,â€ as Sapolsky calls it. A great many scientists are compatibilists, accepting the brute fact of a deterministic world with governing laws of nature that apply fully to humans, while conceding that such factors as brain injury, alcoholism, drug addiction, moments of uncontrollable rage, and the like can account for some criminal acts.

The egalitarian jive goes like this: if we do not have complete free will, we are not responsible for our actions, so we revert to our favorite idea, which is everybody do whatever they want because we already have grocery stores. Their thinking is that of the third world, which is to say, they do not plan to renew anything, only eat the seed grain and party today and ignore tomorrow.

If you ask philosophy professors in confidence about “free will,” the best of them — what you saw teaching at top-notch universities thirty years ago — would laugh at the idea. They might start out with an explanation such as this:

Minimally, to say that an agent has free will is to say that the agent has the capacity to choose his or her course of action. But animals seem to satisfy this criterion, and we typically think that only persons, and not animals, have free will. Let us then understand free will as the capacity unique to persons that allows them to control their actions.

Many will go on to tell you the words that every human needs to hear: we are animals, we think like them, and if we have souls they do as well, but we also have a higher ability toward abstract thinking because we are tool-makers. The most abstract thinkers can anticipate game plays in chess, or events in reality, several moves into the future. The average prole cannot think past the next paycheck.

For this reason, we have moral culpability, in that we can be aware of a truth or the need to discover that truth, about any given event or situation. Unlike the animals, we cannot just shrug and move on to the next food source. We have the ability to know, therefore we have the duty to know. If you ever wondered about what that Garden of Eden story was metaphorically expressing…

Back to “free will.” Many of us find it comical as a concept. First, free will implies being aware of the full range of possible actions. That is not achievable even with our smartest people. Next, is the idea that we are not a bundle of nerve impulses — a “bag of snakes” as Jordan Peterson styles it — where the brain selects the strongest impulse. Finally, we hit the really taboo idea.

Spoiler: it is the same really taboo idea which it is always is, namely that we are in fact unequal. Some people can figure out stuff better than others, which is why they end up wise or rich and powerful. Most people cannot be neurosurgeons or philosophers, at least until we dumb down those fields as we have, resulting in an incompetence surge.

Oops. We’re back to feudalism and some people being given little money and power simply because they are prolly-oles and have diminished mental capacity and thus diminished moral culpability, so the intelligent response is to limit what they can do, by acknowledging that they will screw it up if given the chance.

In the same way, our ancestors enslaved the primitive savages of the New World and Africa because they viewed in them a diminished moral and mental capacity. Much as we enslave, geld, discipline, bridle, breed and sell horses, we did the same with them. Right or wrong, the IQ data backs them up, in that groups with average IQs in the mid-90s and below seem to have diminished moral and intellectual capacity, at least if we look at normal behaviors in their societies.

Think of the constant violent crime, graft, theft and favela-style construction of Brazil. The drug lords running towns and child trafficking of Mexico. The slave labor camps of Asia and the owned housemaids of Arab nations. These are the norm in third world societies, and there is a good argument that third world societies are as they are because of diminished moral and mental capacity. I would agree.

At this point, the notion of “free will” as a binary — yes/no question — dies, so we turn to “free will” as an ingredient. In other words, ever person has some amount of “free will,” and only those above a certain threshold are actually accountable for their actions. This becomes ludicrous as we consider that even among the top fifth of our population by IQ, predicting responses to our actions in reality is difficult and unreliable.

For us to have free will, we would have to possess divine intuition like angels or gods, meaning that we would know with certainty what happens in response to our actions. Our hack is to say that for very simple actions, even the dumbest know how they would turn out, so we can say that “everyone” knows and therefore everyone is morally accountable for those. The more general principle is that whatever you have the intelligence to foresee, you are responsible for, which almost makes sense except for the unintended consequences that crop up all the time when we enlarge time scale to see how seemingly benevolent acts produced disaster decades later.

Nihilists acknowledge that we have the ability of choice in theory, but that it is most commonly interrupted by our monkey minds and bodies, and that only those with a certain amount of raw ability and self-discipline will get anywhere, and even then not consistently.

Our question at that point is not whether we have free will, but how to maximize the power of our choices.

Choice is a sensible explanation because it takes into account our limited abilities, the continuity between animal and human abilities, and the moral imperative upon us to refine our choice through self-discipline. In this way it is esoteric, or cumulative to the point where the next step is hidden until the one previous is taken, in the way the ancients explained all disciplines.

But “free will”? This is a creation of egalitarianism: the need to believe that all people have the same ability to perceive, so that our treating them as equal does not appear as lunatic as it is.

Family World Order | Russia, Not Syria, Is Again The Target Of Trumpreich Intervention In Syria