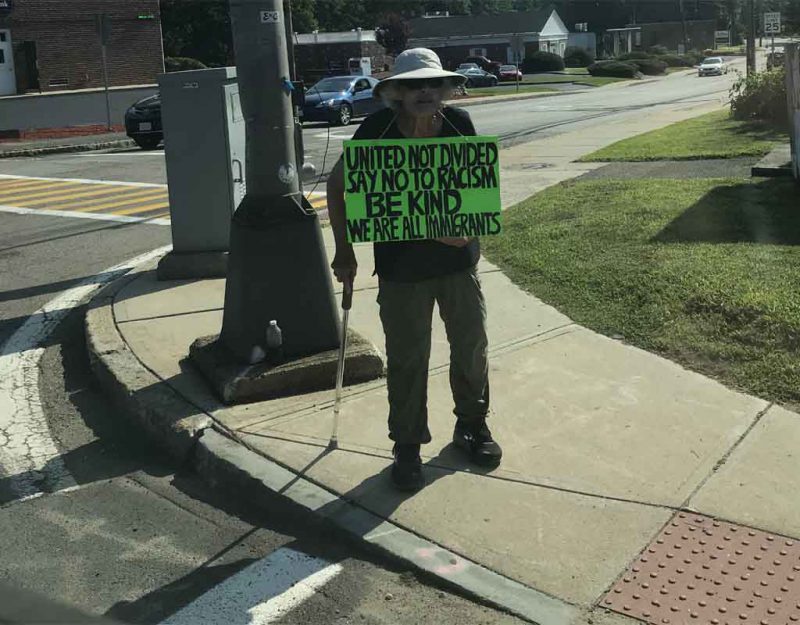 The era of humanity in which we find ourselves consists of the struggle to make stable civilization. We have mastered the rudiments of technology, effectively defeated the crushing poverty of the past, and developed a vast store of knowledge. However, our civilizations keep self-destructing.

You can imagine it like the early days of flight. The inventors built prototypes; they took them to the proving grounds and watched them crash, excited when one stayed in the air for more than a few seconds. Eventually they got one that could actually fly, and fifty years later we had jet airplanes.

Right now our societies keep gliding for a few seconds — in terms of historical time, which is measured in the hundreds of millions of years — and then crash, leaving behind an untidy jumble of corruption, cultureless grey people, promiscuity, and dysfunction.

We have not mastered how to keep a society together without introducing incentives to subvert it, otherwise known as “dark organizations” or “crowdism” when an internal gang forms to act toward its own self-interest at the expense of society.

The problem seems to be that when we set up a procedure or centralized authority, people adapt to that instead of reality, and this produces unrealistic people who then participate in class warfare, or overthrow of the naturally talented at leadership by those naturally fit only to be labor.

This sounds cruel to us because we grew up in an egalitarian time. How dare we say that some are born to be unskilled labor, while others are born to be leaders! However, it is true: genetics determines IQ and other abilities which in turn determine, in the aggregate, your natural role.

We have distorted these roles in our present society by rewarding those who are good at memorizing things, credentialism, making money, and flattering others. Instead of those who are naturally talented at leadership, we have gotten actors and salesmen!

However, this proves to be very popular with a wide section of humanity. People want to believe that they can become anything and anyone, and that no one can “know better” and tell them what to do. This arrogance mirrors the behavior in the Garden of Eden, on the Pequod, or when others try to take the ring from Frodo Baggins.

Popular does not mean realistic, and so it should surprise no one that these popular ideas work out poorly in reality. Declaring equality creates a central authority designed to implement reality, and it needs absolute power without accountability, which means that it attracts the worst of humanity.

Even more, people who defer authority to a centralized command find themselves incapable of acting without being told what to do. They will still be individualistic — greedy, opportunistic, careerist, and self-promoting — but they will have no idea what they want out of life.

In this way, egalitarian societies always go out badly, in that because they are against reality they seek to smash reality and replace it with a human construct, and this turns out to be less than competent at dealing with everyday existence.

All Leftists are varieties of egalitarian — it is a spectrum, stretching from anarchist to communist — and so they lead us down the path to this doom at different paces. Democrats are slow, where socialists and communists propel us quickly into the abyss.

In the end, all egalitarian states end up at the same place, which is that they have taken from the productive to spend on the unproductive, and as a result have become overburdened with the latter while short on the former. This ends in the usual lugubrious way:

Mr Dikötter, who has been studying Chinese rural history from 1958 to 1962, when the nation was facing a famine, compared the systematic torture, brutality, starvation and killing of Chinese peasants to the Second World War in its magnitude. At least 45 million people were worked, starved or beaten to death in China over these four years; the worldwide death toll of the Second World War was 55 million.

Mr Dikötter is the only author to have delved into the Chinese archives since they were reopened four years ago. He argued that this devastating period of history – which has until now remained hidden – has international resonance. “It ranks alongside the gulags and the Holocaust as one of the three greatest events of the 20th century…. It was like [the Cambodian communist dictator] Pol Pot’s genocide multiplied 20 times over,” he said.

He said the archives were already illuminating the extent of the atrocities of the period; one piece of evidence revealed that 13,000 opponents of the new regime were killed in one region alone, in just three weeks. “We know the outline of what went on but I will be looking into precisely what happened in this period, how it happened, and the human experiences behind the history,” he said.

Ideology such as egalitarianism encompasses everything that we do. Instead of acting toward ordinary goals, we act toward equality as a means of achieving those goals, but end up forever entrenched in trying to make equality work despite it effectively penalizing the competent.

Whenever a society takes the egalitarian pill — let us call it the pink pill — it goes down the path of increasingly enforcing an ideology which does not work in reality. This causes it to consume itself.

They always justify it by invoking “the poor”:

Hoping to reach African-American voters nationally in his bid for the Democratic presidential nomination, Sen. Bernie Sanders on Tuesday toured the West Baltimore neighborhood where Freddie Gray was arrested — and likened the poverty he observed to that of the Third World.

“Anyone who took the walk that we took around this neighborhood would not think you’re in a wealthy nation,” Sanders told reporters later at the Freddie Gray Empowerment Center in Bolton Hill. “You would think that you were in a Third World country.”

But Sanders’ anti-poverty message was largely overshadowed by his reluctance to discuss the subject on which politicians, the news media and the public have focused in recent days: terrorism and the self-declared Islamic State.

This not only wrecks an economy, but a social order and eventually, the genetics of the population. It is a whirlpool which sucks in everyone involved and forces them to crusade for a quixotic Utopia which is unrealistic and therefore never arrives.

Unfortunately, humanity is wired to want free stuff, especially free stuff that other groups (which are resented) pay for, so we are driving toward the same end as the Soviets through our reliance on what is popular:

Voters want a free lunch. They want their neighbors to pay for it. They elect stooges to office who promise massive social welfare, public works, and defense spending programs. Then, the hack economists advance an absurd theory – like Modern Monetary Theory – to deliver something for nothing.

The deficits mount up year after year, the currency’s debased year after year, until something gives. In short order, confidence evaporates and price inflation explodes. The country succumbs to political, economic, and cultural destruction.

There is no way out of this cycle. Once egalitarian gets its claws into a society by giving the vote to those who cannot understand and do not care about the results of their actions in the voting booth, it will add more and more socialist-style policy and drain itself.

As has been mentioned in the past, “A Communist is merely a Democrat in a hurry.” This means, conversely, that Democrats are Communists with some patience. They are different degrees of the same idea, egalitarianism, and they will end up in the same place.

The populist revolution has shown us distrust of ideology, and a preference for both realistic policy and the ability to choose exceptional people to administrate it as stewards of the people instead of as delegates or proxies. The people do not know what they want, but they know that they need exceptional leaders to guide them past the mistakes that We The People normally make, namely stepping onto that egalitarian treadmill and destroying civilizations.

Leftism approaches its end through the cycle it has created. Across the West, every country is either deeply in debt or has sacrificed necessary future growth in order to pay for the benefits of the past. When the debt bomb hits, Leftism will go away in a cloud of disaster.

This is typical of the end days of civilization. The drive for equality spends all that exists in a society on trivialities, and since these do not generate further wealth, when that is gone the society has nothing. We either escape this cycle or it ends us.