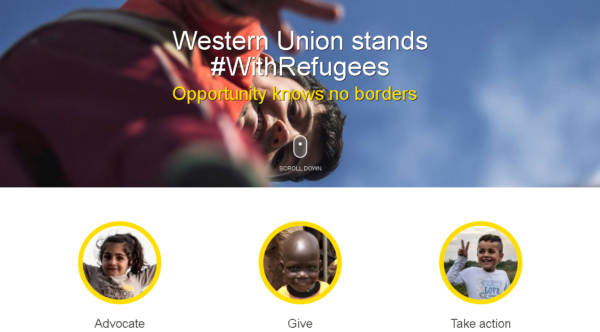 Corporate America — considered the far side of stodgy, capitalist and unhip — has embraced Leftist ideals during the past two decades. Since corporations never do anything except for profit, this tells us something about the changing nature of profit in the Left-leaning West.

The new model for profit involves selling products to an entertainment audience. Originally, companies pitched themselves to the middle class through an appeal to durability, value and efficiency.

Now, they are selling to an entirely transient audience based on image alone. They can do this because, under the wealth redistribution programs of the Left, the rootless manchildren and impoverished underclass are the people with disposable income to spend. The middle class is busy spending on housing, insurance, food, energy and education.

Probably the archetype of this genre was the Apple “Mac Guy Versus PC Guy” ads from the early 2000s:

These showed the components of the new audience: it wanted to be hip and it was focused mostly on entertainment and appearance. That made it easy to market to these people because their demand for function was limited to a very narrow area and a few basic tasks. In addition, these people had already been educated in personal morality by the State.

Personal morality is an old, old con. It is a means-over-ends analysis which states that no matter what you are trying to do, you have to use only methods that others approve of. That list invariably strips out anything really effective and replaces it with the non-controversial. The end result is a neutered person who is concerned with how “moral” they appear to others more than the consequences of his actions.

Herein is the root of egalitarianism. It triumphs because to oppose it is to appear elitist, cruel and exclusive. That bothers the individualists in the crowd, who are afraid that they will not be of sufficient social status, that their ego cannot bear to be told the magic word NO, and that they will not be admitted into the club of cool kids.

You can see this in just about every movie or book created in the last three decades or longer: everywhere there is a natural elite, and our everyman hero wants to break into that but cannot, so he destroys it instead. Call it the Napoleon Dynamite/Revenge Of The Nerds theory of politics. It re-states the complaints of the French Revolution in a digestible form.

The point of these movies is not that the natural elite were bad; they are usually competent and necessary. It is that they look bad for excluding the poor nerds, geeks, hipsters, dweebs, stoners and others who are not succeeding in a broken system. Instead of focusing on fixing that system, it is easier to include everyone and further follow its path of decline.

With personal morality, all is about appearance. You must look inclusive. You must also look hip. The two of these combined mean that the traditional masculine aesthetic is out the window, or even any morality that is based on standards. Instead, there is the social standard: do people like you? do you unite them? And of course, do you include everyone and threaten no one?

From this we get ad campaigns which feature nerdy hipsters — another 90s mash-up — who are obviously useless except for doing hip things. Like all the hippies and bohemians for the past five centuries, they insist on being artists, philosophers, spiritualists and musicians. It is a way for them to become important by pretending to be important. Plato notes it best:

With this appearance-based morality, considerations of effect (“ends”) are entirely replaced by appearance, which is derived from method (“means”). In the West, after the triumph of 1968, this became the underlying approach of industry: be cool, look good, and so on. But it had not yet entered the final passive stage until the dual assault of affirmative action and entitlements of the 1990s.

Those created a permanent group of people who were purchasers of mostly consumer products. They tended to rent apartments, be very faithful to their jobs, and spend any money they had on gadgets in order to feel hip, cool and relevant. Cultureless, and essentially futureless, they were an advertising dream.

Corporate America finally found a way to address these people through consumerism mated with bohemianism and Leftist politics, as noted by David Brooks in his crushing study of the hippie generation in mid-life, Bobos In Paradise: The New Upper Class And How They Got There. It was the votes of these people that paved the way for the Clinton Revolution and the entitlement programs that created the new consumer mass.

Most of us thought that corporations would behave like people on the conservative side of things, but they did not, instead converging on the type of behavior we might expect from anarchists, bohemians or third world countries. This provokes in the mind a metaphorical comparison to the Horseshoe Effect:

This trope is when two groups who are ostensibly ideologically opposed to each other actually have a lot of ideology in common.

Conventional political theory holds that all political ideologies sit on a linear spectrum from left to right: communism on the far left, fascism on the far right, and everything else somewhere in between. This theory implies that the further away an ideology is from the centre, the more different it is from a corresponding ideology on the opposite side of the spectrum: centre-left and centre-right political parties are distinct but still fairly similar, but communist and fascist political parties are dramatically different from one another, as they sit on opposite extremes of the spectrum.

Notwithstanding that there are some problems with the theory — namely that fascist and National Socialist parties are still modernists, thus Left-derived where not Left-leaning, and thus prone to converge on Leftism once threats and scapegoats are removed — this theory can also be applied to corporate America. And there is another glitch: it discusses methods, not goals.

We can restate the theory this way: when any group becomes powerful through mass obedience, it shifts towards a means-over-ends calculus as a means of enacting control. Control is a complex thing to define, but basically it means a centralized force which micromanages all other parts of civilization equally, or uses them as a means to its ends in a way that specifies the desired outcome from a central command viewpoint, as opposed to agreeing on goals and allowing people to cooperate unequally toward achieving them. It is the theory that we can make society into a factory, or like a factory.

For this reason, when corporations get powerful enough and face an audience made homogeneous in thought pattern even if not homogeneous in composition, they tend to act just like Communist states would. This is one of the many reasons that one cannot escape modernity by using modernistic thinking, but must find an entirely different path, such as ends-over-means style barbarian reasoning.