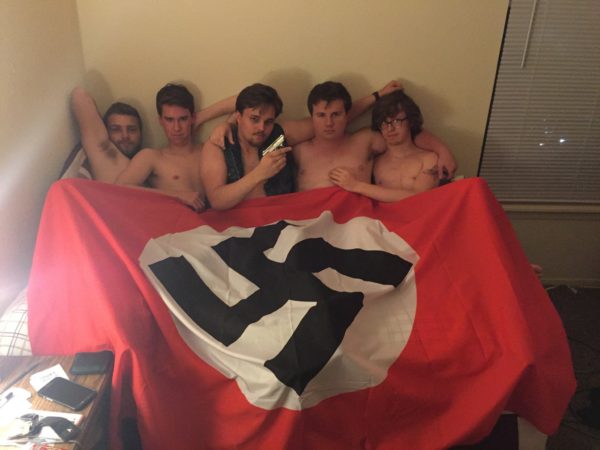 A schism has struck the Alt Right, and it has manifested through infighting. While the infighting is the effect, the actual cause is division between those who want to be white nationalists and those who want the Alt Right to be something more, like the combination of futurism and traditionalism that the New Right espoused. As part of that, it is inherently nationalistic, but not necessarily race-patriotic.

The difference is this: a nationalist may declare Japan for the Japanese, Germany for the Germans, and even America for the Western European, but is not going to get involved with some movement that claims to unify an entire race on that basis alone. Such thinking denies important variations within a race, such as the major regional divides (Western, Southern/Irish and Eastern among Europeans) and important social structure like caste, hierarchy and aristocracy. The problem with White Nationalism is the same problem that occurred with fascism and National Socialism: it is still based in modernity, or Leftist-derived even if not Leftist per se.

In addition, white nationalism is a philosophy of race, but nothing else. It is too simplified. It does not un-do modernity by finding an alternate goal, which is necessary because modernity is so existentially bleak that our people have stopped reproducing, especially the smarter ones. This dysgenic condition, ridiculed and prophesized in Idiocracy, is the primary threat to European-descended peoples worldwide. The first world is a trap, in that our wealth enables woolgathering neurosis like Leftism, and Leftism then makes a life that is so ugly, crass and simplistic that our people start to die out. We need to turn back and find another direction.

The Alt Right looked toward that direction, borrowing much of its ideation from the European New Right (Faye, de Benoist, Sunic, Houellebecq) and black metal, which wanted more of a Tolkienesque daily existence combined with the promise of futurism, which is that instead of using our technology to make disposable gadgets to fascinate morons, we will explore the stars and make a civilization greater than any before it. This is why the Alt Right is significant: the Right has broken away from its defensive, race-obsessive roles to find a new path in which racial and ethnic homogeneity are part of a prerequisite, but are not the goal in itself.

In the meantime, war rages against the Alt Right. New Right publisher Arktos via AltRight.com has accused White Nationalist publisher Counter-Currents of attempting a coup within the company, and in turn, a camp of White Nationalists have accused Richard Spencer of being gay, Jewish, and possibly a CIA plant.

Although on the surface this looks like a battle for wrongdoing, under the surface it appears to be a more heterogeneous white White Nationalist group attacking the more Western European and nationally-oriented Alt Right. In this battle, the Alt Right needs to win; White Nationalism has been holding the Right back for decades, and it is time to move on to something broader and deeper.

And of course, for the next generation of this, there is the Ult Right.