Converting reality into a static medium 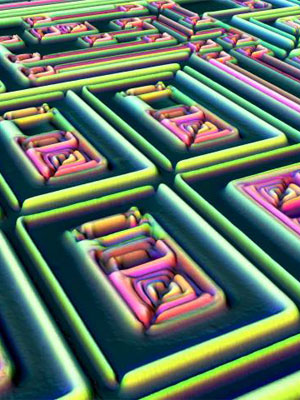 Reality is a constantly changing thing with consistent eternal principles. This tends to fool us simians, who can confuse the eternal and the temporal.

One confusion of this type is confusing what is becoming for what is and vice versa. Most things in life are a process, but we frequently confuse the end result for the process.

No better example of this can be found than in The Woodlands, TX. This is a planned community north of Houston which was created in the late 1960s from former lumber company land.

The initial concept was simple: in an antidote to the city, separate the community from roads with acres of forest. Allow businesses in specific areas and nowhere else. Make certain types of socially destructive activities illegal.

In short, it is the exact opposite of what most communities do. Most places are unplanned, allow business wherever it can fit, and sacrifice greenspace for more parking or shops.

Ever since The Woodlands was created, people have been trying to destroy it. Not as outright evil, conniving overlords plotting doom, but by trying to get their piece of the pie.

They are blind to the process which created this, which starts with planning and includes shutting out all the destructive behaviors which are considered normal in most cities.

Of those behaviors, the most prominent is the idea that one moves to a place where there is wealth, and finds a way to partake in it without any other rules applying. There is normally no sense of place, propriety or purpose — or process.

Instead, it is a simple mechanical process. Find wealth, participate, take wealth away. The problem with this process is that it destroys nice areas.

For example, if you move to a new town and find empty land, buying it and building on it. Maybe put in a fast-food restaurant, a boutique or a pornographic theater. The wealth is there for the taking.

It doesn’t matter whether that land served a purpose, like as buffer between the church and the ale-house. Now you can make money off of it. And if the church folds or the ale-house moves, hey, that’s not your problem.

Suppose what you add is ugly, or encourages destructive behaviors, or sickens the people who are silly enough to partake of it. True, it’s still not your problem. But the consequences of your actions are plain.

Humanity follows this pattern where something new — a town, a brand, an idea, a band, a nation, a religion — starts up and is seen as a cut above the rest. Then in moves the Crowd, which wants to make profit, and so it adulterates it down into the same mess the Crowd was trying to escape.

This moribund tautology occurs every time because things like profit motive, personal choice and democratic choice do not reflect a viewpoint beyond the individual. The individual is thus content to sacrifice the whole for itself, and is most likely oblivious to the process, which is encouraged by the formalization of democratic, consumerist and social values.

If you wonder why our misfortune seems to follow us like a shadow, this is it. We have no centralized authority which can help with these things. If we did have such an authority, we fear it being ideological crazies like the Communists.

Of course, we could trust nature itself and pick people not by ideology, but by personal quality, like we did when we had kings. But that will offend the liberal in us that demands we all start out equal, and be rewarded based on how much of our time we invest in the System.

Thus our pretense keeps us from seeing a working solution. However, this is changing. Conservatives can no longer afford to defend capitalism alone. We must defend what is good and right.

If we do not, we’re right back to where we started, which is that commerce, popularity and demagoguery take over our society and create a liberal majority that is oblivious to the consequences of our actions.

Like what is happening in The Woodlands, the lone inventor breaks away and implements a good centralized idea, and then the Crowd in a gnashing of teeth and grumbling of stomachs intervenes, and converts it back to the Same Old Thing.

And since it was done with socially acceptable intentions, not Voldemort-style evil intent, our society is oblivious and watches disinterestedly as another good thing is destroyed. Repeatedly.