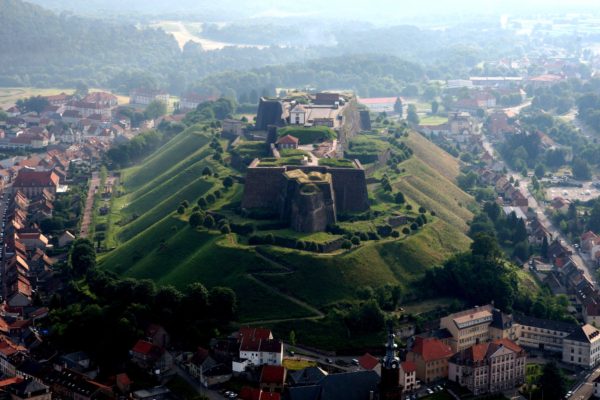 What prompted the downfall of the West? It shifted from the idea of a natural hierarchy to that of a flat human hierarchy, based not in degrees of accuracy, excellence and goodness but in the equality of all people.

From this came the idea of egalitarianism, or equal inclusion of all people, as a means of removing hierarchy. Part of that hierarchy was the caste system, a part of feudalism, in which people had hereditary social rank.

Since that time, for the Left, most activity has involved attacks against those with more money, power or genetic abilities. The Left wants to invert the hierarchy, with the good people on bottom and the parasitic and corrupt on top.

The Left has never understood social hierarchy because they interpret it in terms of themselves. To them, some people have money because they were in the right place at the right time; this makes sense to Leftists because this is how they succeed in their chosen fields of entertainment, consumerism, media and government.

In reality, caste reflects genetic ability. Some people are smarter and more adept than others, and the correct response to this is to put them in positions of power so we all benefit from their greater ability which translates to better results.

But, for the Left, they have only one path, which means conquest of all that is through ideology so that their members stay motivated and keep the Leftist franchise afloat, so class warfare must always continue and expand.

It is important to note that, as with all people dedicated to paradoxical paths, the Left will accuse you of what they are doing. Therefore, if you produce income and buy yourself a nice house, they will accuse you of class warfare to conceal their desire to take it from you.

Consider this Leftist jeremiad in favor of class warfare:

The upper middle class are “opportunity hoarding” — making it harder for others less economically privileged to rise to the top; a situation that Reeves says places stress on the efficiency of the US economic system and creates dynastic wealth and privilege of the kind the nation’s fathers sought to avoid.

The fellow writing this, Richard V. Reeves, is a crypto-Communist. He ignores the fact that what holds those who are less “economically privileged,” which is Leftist-speak for those who are not as capable, from rising to the top is their own actions.

In the meantime, the upper middle class are doing what any genetically gifted group should do, which is to keep power in their hands so it does not fall into the grasp of the less capable. After all, this upper middle class has already proved itself capable, or at least was able to do so before consumerism supported by the welfare state took over our economy.

Forgetting the nouveau riche created by Leftist government, the wealthier tend to be good at getting things done. Their children, because all traits are mostly determined by heritage, tend to be more competent along the same lines. This is why the Founding Fathers of the United States did not oppose the accumulation of inherited wealth; it makes for a healthier nation.

Notice that in addition to “raising awareness,” a favorite Leftist activity is “reform”:

Reeves believes we have to think much earlier about equality of opportunity, including the way the education system, labor and housing markets work. Without reform, society continues with a system that replicates inequality, he argues.

In other words, he wants to enforce equality by penalizing those who are more-than-equal so that those who are less-than-equal — if we define equal as a median — can rise above in the new environment, which will be less competent and farther from excellence.

This is how civilizations end: in order to placate people, standards are adjusted downward, which makes “everyone just get along” and promotes peace in the eyes of the neurotic people who find this goal appealing, but in the long term excludes the thoughtful and transfers power to the insane and parasitic, producing results like we see now.

He claims that society “replicates inequality” which is a ridiculous term considering that inequality is innate. Some are born with more aptitude for some tasks than others.

“One of the silver linings of Trump’s victory is some introspection among the upper middle class. There’s a growing willingness to accept that some advantages are not the result of purely meritocratic society and are the result of a rigged system and people have a right to be angry. It’s a difficult conversation but until we have it, there’s no chance of a solution.”

The toxic assumptions keep flowing. The “rigged system” causes inequality, in his view, not genetic advantages. Instead, he posits a “meritocracy,” which because it will be dumbed down will consist of more boring education, mind-numbing tests, and proving loyalty by wasting time at pro forma jobs, just to keep the intelligent excluded.

Conservatives never quite realize exactly how deranged the Left is until they see these things acted out. The Leftist agenda has always been and always will be to take from those who are gifted in order to give to the less able, creating a standard of mediocrity that in turn destroys the host civilization. Leftists are pathological and there is no compromise with them.