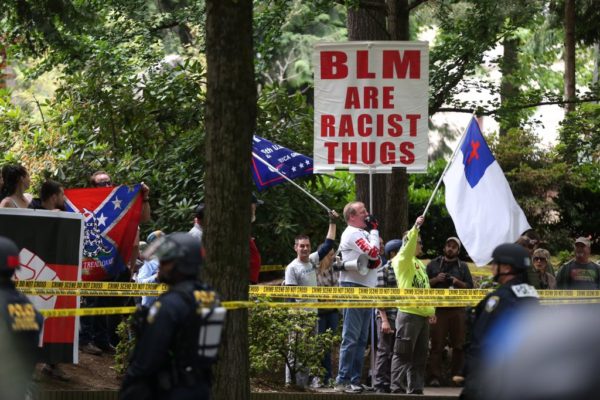 As mentioned previously on this site, Breitbart has fired Katie McHugh for stating the truth about diversity, namely that if there were not Other groups here we would not suffer their conflicts.

This provoked widespread outrage among the Right, who are currently looking for an honest news source, which means one that bucks trends like political correctness and reports the relevant news in full. Previously, Breitbart looked like it was replacing the somewhat Left-leaning Fox News, which is undergoing changes to make it more Leftist-friendly. 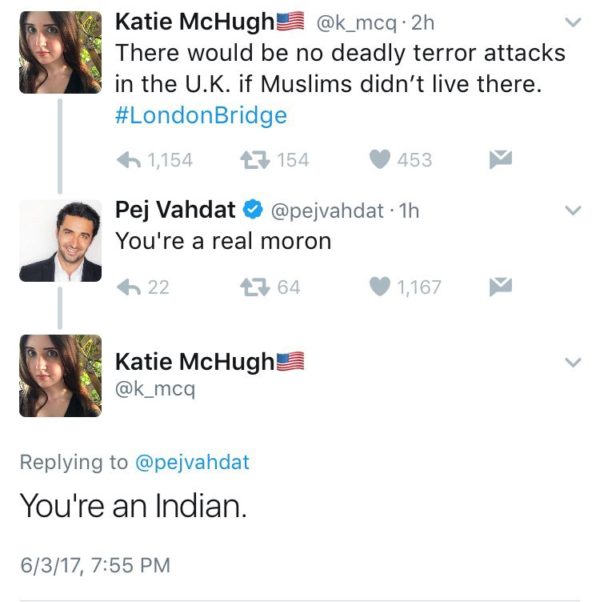 The full exchange shows McHugh stating the truth that all mainstream media establishments seem to dance around, and then reminding someone who is not English that his opinion is not necessarily on point. In return, the Breitbart kaffeeklatsch erupted:

A number of Breitbart colleagues, who chose to remain anonymous, also attacked Ms McHugh for her Islamophobic comments. Speaking to CNN anonymously on Sunday, one said they found them â€œappallingâ€ while another branded them â€œterribleâ€.

…This is by no means the first time she has made inflammatory remarks about race. She once told her 19,000 Twitter followers: “Mexicans wrecked Mexico and think invading the USA will magically cure them of their retarded dysfunction. Lol.”

It is rare for Breitbart, a publication which has been accused of writing racist and misogynist articles, to dismiss its employees for their controversial views. Although one exception is the case of Milo Yiannopoulos. In February, the alt-right figurehead, who was one of the siteâ€™s most high-profile writers, was forced to resign from the publication after his apparently pro-paedophilia remarks resurfaced in an old podcast.

McHugh said nothing that Ann Coulter, Pat Buchanan and any conservative before 1965 would have admitted was true, and her comments are especially on point regarding recent Muslim terror attacks in the UK and France. If diversity did not exist, the problems of diversity — including the actions of other groups who want to dominate or destroy us — would not afflict us.

Breitbart has succumbed to DR3, or the tendency by conservatives to attempt to “prove” they are non-racist by accusing others of racism, creating a circular firing squad:

DR3 afflicts the mainstream Right, which struggles for “respectability” or at least less censorship in a Left-leaning time. Big internet giants like Google and Twitter, major publications and big donors often will drop and ignore any publication which crosses the line on race, which in late Leftism means anything but foaming-at-the-mouth advocacy of diversity or having multiple ethnic and racial groups in the same society.

As an implicit endorsement of diversity, DR3 subscribes to the “Magic Dirt” idea that if we take people from the third world, bring them to our lands and instruct them in propaganda for our system and culture, they will take it up and suddenly become us. This both replaces us and replaces their own culture with ours as a dominant colonial power.

When conservatives take up “magic dirt,” it shows that they have been captured by the very group they claim to oppose, namely the Left, since they have adopted Leftist policies like diversity, equality and indoctrination.

Over the past two years, Breitbart has increased its hiring of ethnic minorities. Its policy appears to be shifting more to what they will probably call “moderate,” but in a time when almost everything is full Leftist, really means conservative-flavored Leftism. As a result, they need to lose the people who are pushing the Overton window farther to the right.

This is reminiscent of the time that National Review fired John Derbyshire for telling unfortunate truths about race. While he stopped short of criticizing diversity itself, it seems that being less than enthusiastic about having Other groups among us is cause for exile.

As this story saturates the Right-wing, especially the internet, it becomes clear that Breitbart is not hoping to become a better news source than Fox News, but simply replace it by doing what it once did. As the mainstream shifts more to the Left and everyone else — who dislike the fast food, soft drinks, politically correct and insipid mass culture anyway — heads toward a realist Right position, this means that Breitbart has backed the wrong horse.

Conservatives who gain power and influence in the system have a nasty history of betting on Leftism winning and instead of fighting, and then in anticipation of this defeat, choosing to shift Leftist so that as individuals they can accelerate their own careers instead of widening the pool by moving that Overton window.

From a personal standpoint, this is a smart move in the short term. They push all their competition back, and take on the sinecure of being Official Conservatives who say nothing that will disturb the herd by implying that our civilization has to change direction or it will fail. In the long term, however, they defeat themselves by becoming their competition, in turn rendering themselves irrelevant.

The future belongs to writers like Katie McHugh who state the plain truth not through attacks on specific racial groups, but in observing that diversity guarantees conflict and that the only solution is to go back to the nation being defined by a single ethnic and cultural group, preserving peace through separation.

Consequences Of Trace Admixture In “Reality Leigh Winner” | Crypto-Anarchy: Another Form Of Secession In Place