Balkanization Is Our Future, Not “Ethnic Liberalism” 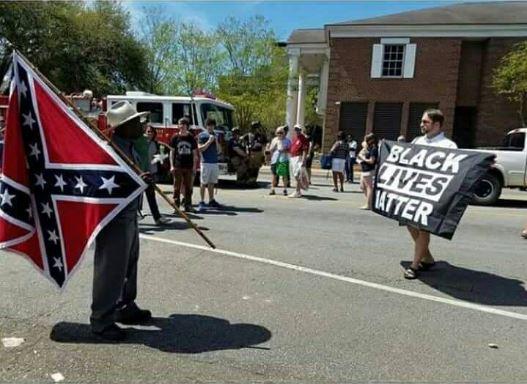 Billy Roper points out that the future of the West is Balkanization, or retreat into separate enclaves per ethnic group, because the policy of diversity has failed and as a result, people have fallen back on what “freedom of association” remains to withdraw from the disaster of mixed-ethnic society and produce their own communities mirroring European countries:

And on this yearâ€™s edition, out this week, they say natural geographic sorting has taken place over the past couple of decades. Liberals have moved next to liberals, conservatives next to conservatives. It used to be the rule just not to bring up politics in polite company. Now imagine a real estate ad â€“ two-bedroom, one-and-a-half-bath, cul-de-sac, good schools, nice neighbors, no people of the other party need apply.

Of course, the recent media coverage about racial gerrymandering also supports the observation I made in my book The Balk, as does this NPR program: people are moving to segregate themselves politically and racially, to live among their own kind ethnically and culturally, voting with their feet, as America separates itself out through internal immigration on the road to balkanization. The black areas are becoming blacker, the Hispanic areas browner, and the White areas Whiter. What we are witnessing is the emergence of new ethnostates, which will become new nations when America goes down.

The people who really lost out here were the people who gambled on miscegenation. Their kids will have to pick one tribe or the other, and because the closer the tribe is to human origins, the more it influences appearance, this means they will have bred toward the more original group. If you had a white parent, no one cares anymore.

In the meantime, people are sorting not just according to race, but by ethnicity, with groups such as the founding group of the United States, the Western Europeans (WASPs) finding their own space apart from the mixed-ethnic Europeans (South, Irish, East) and third-world immigrant flood. Again, people do not care how well-behaved or intelligent these immigrants are, or what their SAT scores are. They just want to live with people like themselves, which means that Everyone Else need not apply.

This contrasts the “magic dirt”/proposition nation/Leftist view of society, which is that we can combine all different genetic strains of people and then indoctrinate them in Leftist ideology and forge a nation out of those robotic, obedient, and conformist beige people.

Conservatives in name tend to adopt this view as well. Witness Breitbart editor Ben Shapiro assert multiculturalism as a goal of “conservatism”:

I don’t care if someone immigrates here so long as they’re willing to imbibe the principles of Western civilization. I don’t care what someone’s race happens to be. This is consistent with the founding vision of the country. But the alt-right doesn’t accept that.

Shapiro is wrong, of course; the founding fathers specified that they wanted Western European people only and were quite vocal about race and inherent inequality. But current American conservatives, who have been selected for their ability to work with the post-1968 Leftist Establishment, see it differently.

Even more, it is nonsense to assume that culture is independent from race, just like it is insane to separate sex and love. You can force it to appear as if this is true, but then, a conspiracy of details over time destroys you, much as it has destroyed our society for pursuing these illusions.

All general tendencies — “traits” — are heritable. Cultures are composed of traits, if not explicitly, in orientation. This is why human differentiation happened. This means that the hardware required to run culture, at least without it being enforced temporarily at gunpoint, is limited to the group that invented that culture.

Shapiro may not like this, but he is out of luck because it is uncontroversial by itself. If someone argued that we should replace the Maori or Zulu with legions of Fred from Accounting and his lovely wife Mabel from Cleveland, OH, then they would be uniformly seen as genocidal racists. When the inverse is argued, people shrug it off, because it fits within the Leftist wealth transfer narrative.

Shapiro also fits within that narrative, which is unfortunate given his entertaining insight in many other matters.

The grim fact is that Balkanization is happening because Western people, steeped in egalitarianism and universalism, cannot accept that there are different groups because they have different genetics. At least, they cannot accept it in public. When you deny this impulse, it comes out in the form of groups withdrawing from the ruined false center of society, and retreating to be with their own.

As usual, diversity fails. It is attempted genocide that will benefit no groups, although some members of each will be peeled off and mixed into the new beige master race of perfect Leftist supporters. Instead, it will create a collapse where different ethnic, ethnic-religious and ethnic-cultural groups. With that, superpower status goes away forever.

Balkanization offers us a view of the civilization cycle. Civilizations rise, invert their thinking, become individualistic, and then extinguish themselves through equality including democracy and diversity. Within them, the former active and productive agents pack their bags and go elsewhere, producing a new civilization, while the miscegenated remnants writhe in third world status.

Was Consumerism Always A Bubble? | Rebirth Of The Spirit