Rebirth Of The Spirit 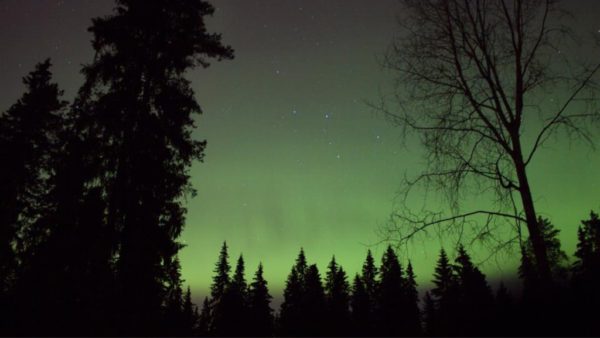 Life provides infinite chances to fall into infinite loops caused by paradoxical thinking. For example, the Antifa groups who complain about attributes of fascism — repression, censorship, “racism,” brutality — soon find themselves exhibiting those same traits. And some of this is natural; for example, if you want to bust pedophiles, you will spend much of your time exposed to kiddie pron.

German novelist GÃ¼nter Grass wrote a novel called The Tin Drum, and through it produced a powerful metaphor for the 20th century: it is like the incessant beat of a drum, repeating the same phrases, so that the sheep herd to do whatever is the current fanciful notion of how to avoid the free-fall decay of a once-great civilization.

Ideology is like that tin drum. It must be beaten, repetitively, and even if in new patterns it sounds out the same ideas. The basic idea of ideology is that the weakness of society, which is externalization in both (a) socialized cost and (b) conformity, can be harnessed like a factory to make people who each march to the beat of the tin drum toward a centrally-determined goal.

After all, this is what democracy, fascism, communism and socialism have in common. There is a central command which issues control orders. Then, everyone obeys these equally. Even if that central command is elected as in democracy, soon an Establishment forms which controls what happens more than the current candidate.

This means we need to be suspicious of those external orders or anything which behaves like them.

Control orders invert existing ideas and institutions. They do this by changing these things from goals in themselves, to methods which serve the purpose of more control. This means that no matter how hard you try to make something work, it will defeat you, because the meaning behind the symbols has been altered to be its exact opposite.

Consider (perhaps) the problem of Western Civilization. We know that it has fallen; it grieves us to say this. In turn, we realize that it needs a rebirth, and on some level, we all know that this cannot be done externally. We are not going to be able to elect a single candidate, make a single law, or even create a fanatical dictatorship to enforce this.

The cultural wave which brought us Brexit, Trump and perhaps Le Pen shows us the force of internal motivation. Across the former West, the natural leaders in communities from all walks of life have started to become cynical about the inertial direction of our civilization, and this has caused them to want alternatives to more equality, diversity, democracy and consumerism.

That has placed them at odds with both the Establishment and the herd, which chases trends but only catches on to them after their peaks, so that it is always pursuing what worked yesterday in the hopes that it will make them popular tomorrow. This is why consumer fashion today mimics high fashion ten years ago, and why most investors rush in to buy a “hot stock” only to find its value has faded.

While this cultural wave is refreshing, it is only the first stage; it is formed of doubt and resentment of what exists now, and does not yet have in mind another direction. It will need to give people an alternative to modernity in order to succeed.

For us to find that alternative, we need a spiritual rebirth. The problem with this is that it cannot be done externally. For this reason, all of the Rightists flocking to variations on patriotism, religion and working hard are failing just as solidly as those who insist we can achieve our rebirth through racial separation alone. There needs to be something to tie all of these together.

Among the various dissident Right groups, there seems to be a competition for who can find the oldest church and cling to it like a life vest. Some favor Catholicism, but others are unhappy with anything but full eastern Orthodox. But ultimately this becomes a form of ideology as well, a symbol standing for the whole, and it will not bring victory but defeat.

We know modernity is a horror. Civilizations die because society ceases to become a means to the end of a good life, but becomes an end in itself. People learn to play the game. This is why nothing changes: the game rewards inertia, and in mass groups, inertia arises from fears. Fears of insufficiency, or of having made the wrong decision and being suddenly uncool, dominate the human mind. Ideologies of inclusivity salve these fears, and this quickly attracts a mass which seeks convenient mental answers, and those who offer pleasant illusions become powerful on the wave of this crowd, in industry, government and even religion. This is why all of these things have taken on a bureaucratic character and become abusive. This abusive behavior leads to all of us acting out unnecessary tasks in order to demonstrate ideological obedience. This is the end result of ideology, even well-intentioned ones.

The spiritual rebirth we need is within and cannot be enforced by an external doctrine, or by going through rituals, or even through fervent dedication. It must be a change in our will. We must cast aside the doubt and fear, and fully desire to restore the West again. This requires rejecting intermediaries like the Church or fascism which are ultimately symbols standing for the whole. We need to cultivate in our hearts the desire to be good, to rise above the rest, and to put everything to right. We cannot rely on any external forces in lieu of this inner force.

In discovering this inner force, we cannot shape ours thought by anything but intuition. We know what good is because it is what not only survives in nature, but creates a greater qualitative degree of beauty, accurate observation of our world, and a desire to exist in union with the order of the universe, which steadily improves itself by qualitative degree, as we see in how our thoughts evolve and how natural selection makes eagles and hummingbirds from sparrows. Since we know good, we have only to discover a will toward it in our souls.

Our future consists of divergent paths. A society based on externalization and control, or a choice for something different. We will not know what it looks like until we begin walking the path toward this new choice. We know for certain however that it begins in the formulation of our will toward something good, instead of finding new ways to bang the tin drum.

Balkanization Is Our Future, Not “Ethnic Liberalism” | Democracy Always Converges On The Same Mediocrity