Was Consumerism Always A Bubble? 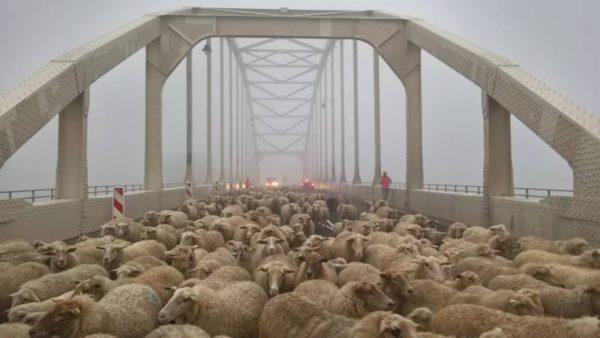 The theme of the 21st century will be: bubbles popping. Bubbles are opportunities for profit created between the implementation of an idea and the time when its consequences are revealed.

We have seen small bubbles pop. The housing bubble, funded by banks at the demand of government law, collapsed because minority homes loans were riskier than thought. Then it collapsed again when it turned out that the type of person who thinks home flipping is a good idea tends to be unreliable in financial prediction.

Another bubble that will pop is the dot-com 3.0 bust. The internet was the “new big thing” in the 90s that Boomers counted on for their retirement, but as it turns out, showing adds to bored cubicle slaves is not a financially viable model. And so, it will collapse.

Then there is Hollywood. In the 70s, when cable emerged, the movie theaters no longer had a monopoly on film. It took a few decades to take hold, but by the mid-90s Hollywood had peaked and was in decline. The same was true for publishing, newspapers and the music industry. While their product was scarce, it was valuable… once easily accessible, its value faded.

In Hollywood, the idiots will keep blaming “piracy” for their decline but the real truth is that people simply do not want to pay as much for the product anymore. We are drowning in the output of movies, music, books and news media; this means that none of it is all that valuable. When you had three television channels and one movie theater, it was scarce and valuable. But now?

Even more, this abundance has revealed that products have arcs. When an idea is new, no one else has thought of it, and so no one else can do it. But then it gets cloned. And then, in the timeless methods of scientists and MBAs, the clones are improved and made slicker while being made cheaper. This makes the product itself cheaper.

Google is struggling with this. Search engines were like space travel in the 1960s when search engines were introduced in the 1990s. But now, people think of search engines like they do electric lights; they just want it to work, and with as little hassle as possible. They do not want to see ads, or be shunted through some corporate money-making scheme. You are the yellow pages now, Google.

Hollywood was huge when going to the movies was a thing. Thanks to diversity, going to the movies now means encountering people you do not want to, so the middle class is staying home. As a result, the theaters are dying. The new urban audience is just not filling the gap. And as a result, there are products for the middle class to have huge TVs and watch movies at home.

Industries die. Many of the industries we have known and grown up with have already reached their peak, and are now just cash cows being sliced up for the remaining worth in their assets before they become low-margin, repetitive businesses and possibly fade away entirely. But these industries are not alone; all across America, the consumer bubble is popping, and soon what remains will not resemble the old:

The US Census Bureau has found 48,000 abandoned homes within the boundaries of Baltimore; a drive-through quickly shows sad facades with broken windows and missing doors encompassing entire city blocks.

In New York state they call these â€œzombie buildings,â€ and there are thousands; the Great Recession of 2008 led to a flood of homeowners walking away from homes or businesses as they stared at foreclosure.

The Census Bureau estimates that millions of homes have been vacated across the country.

Much of this can be explained as America’s diversity epidemic. Our ideological government, spurred on by the voters who were greedy for their own pension plans to be filled, decided that diversity was the One True Way and so forced it on everyone. This creates high-crime areas which drive out business because of higher costs, leading to blocks of abandoned buildings. In turn, employers flee the surrounding area because Affirmative Action forces them to hire people who are both of a minority group and incompetent, because the law does not assess competence, and so if they stay there, their workforce cost will quickly destroy them. So everyone flees. Another government success story!

But even more broadly, products are not worth as much as they once were anymore. The brands innovated in the 1950s-1980s have not been replaced, nor have the product types. A vacuum cleaner is just a vacuum cleaner, and now that the technology is well known (i.e. not advancing) then any one is as good as any other, and if they all last about five years, just get the cheapest. Same with cars. TVs. Radios.

In addition, whole categories of scarce technology have vanished. In the 1980s, every kid wanted a killer stereo system with a receiver, tape deck, CD player, record/vinyl player and equalizer. Since this technology did not advance, it miniaturized instead, and so now people plug earphones or speakers into computers or portable devices and get nearly the same sound.

Or let us look at the personal computer. A bubble was created when few had them, and everyone needed them. Now? The technology seems matured. The improvements are incremental. So people buy one every ten years or so, and see no reason to upgrade until Microsoft cranks out a new operating system. The market shrinks.

Another bubble was cell phones. If you listened to the guys with slick black hair, this was the future. It turns out however that it was a trend, or a short-living fascination. Everyone bought one, but now that the boom of first-time buyers is over, the only audience is people updating their existing phones, and they do that every few years. Bubble over.

Maybe the housing bubble is over as well. When there were only a few big cities, the property in those was worth a lot of money. Now we have more big cities, and so if you cannot buy in one, you might as well buy in Houston or Cleveland. This breaks the monopoly of the big cities and so, the value of those properties declines. The bubble pops and becomes an ordinary commodity, not a scarce one.

Perhaps education is another bubble. In the 1950s, a college degree opened lots of doors. They promptly oversold college, lacking local aristocrats to tell them otherwise, and so by the 1960s, a graduate degree was required. And yet, the sheep had not figured this out, so an entire industry arose to sell people college degrees so they could take menial jobs and pay back the loans.

Much of our consumer economy has collapsed or at least consolidated. In the future Walmart, Amazon and Costco will be responsible for most purchases that are not at the local grocery store, and all interests which compete with those will perish since they cannot compete with the cost-efficiency of economies of scale. When Costco can buy 10m of something, a store buying 100 will never be able to price-match. All of industry will go this way: concentrated into a few large, low-cost retailers.

When the consumer economy contracts, the governments of the West will be in trouble. Over the past century, they have treated middle class income as a kind of infinite bank account upon which they can write checks for their favorite social programs. When that goes away, they face default or they will have to restrain themselves somewhat.

Nonetheless, this scary change may be a necessary one. A consumer economy depends on constant growth; an agrarian or localized economy, on the other hand, needs no such thing. Let us look at the sane option to consumerism, agrarianism:

In short, this is about leading the way to a life set free from the bonds of an increasingly complex society and the vulnerabilities that go with it. It is about tradition and social order. It is about growing plants and raising animals and understanding the meaning of husbandry and stewardship. It is about understanding our place in the world â€“ those who came before us and those who will follow after us.

Southern Agrarianism is a Blood and Soil movement. It takes in two of the most basic concepts in all of history: Our People, and the soil that provides the food that feeds our people. It means that, while we wish all the best toward others, our immediate family comes first, followed by ever larger circles of extended family, and then on out from there. There is Our People, and there is Other People.

This being Southern Agrarianism, our people are the Southern people; those who originated in Europe and built the South. Historically, the culture of the South was heavily influenced by the Cavaliers who fled the violence of the English civil war and settled in the South. They brought with them the English high culture which translated into the Southern Plantation culture: a hierarchy-based culture that was deeply rooted in the soil. There was a sense of kinship that was shared by both the smallest share cropping farmer and the largest plantation owner; they shared the common bond of those who live close to the soil.

Under agrarianism, you might not have iPhones, but you do not have TPS reports. Each person corresponds to a specialized role that anchors them to a locale and gives them a role that is unique to them. Stability returns. It is not primitivism, but it is the best part of what primitivism offers, with the added sanity of social hierarchy and an aristocratic leadership caste.

Consumerism winding down shows us that modernity was always a bubble. An insane idea, enforced by enough people, can last for centuries. When it collapses, it will not be a big event, but many small details conspiring. Such is the nature of our time. Liberal democracy, equality, consumerism and diversity — all facets of the same idea — have perished. Hail the new future.

Exploring The Dream World | Balkanization Is Our Future, Not “Ethnic Liberalism”