As The Era Of Formal Organization Ends, An Age Of Organic Systems Rises 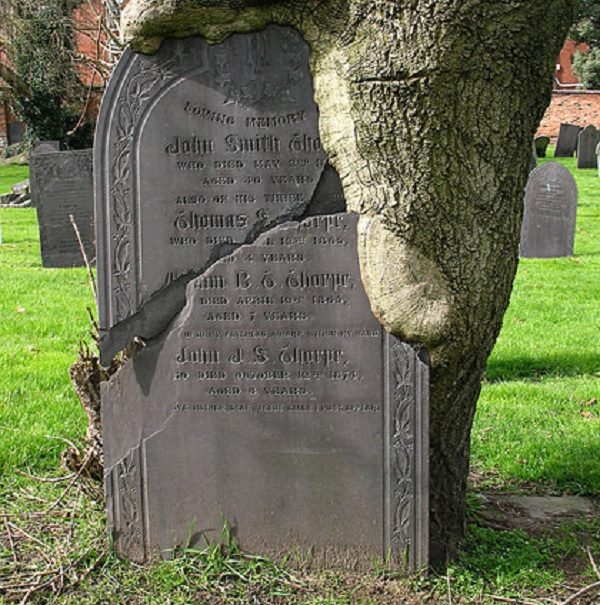 The modern age has ended in failure: constant racial violence, debt dooming government and consumers, environmental pollution and dying ecosystems, ugly cities, first world populations failing to reproduce, and a rise in anxiety and depression among the young:

When you examine certain other data, though, thereâ€™s an interesting recent wrinkle to this trajectory. In a paper published in 2014 in Social Indicators Research, Twenge tracked the results of the Monitoring the Future (MtF) survey, â€œa nationally representative sample of U.S. 12th graders [administered] every year since 1976,â€ between 1982 and 2013. Like the MMPI, the MtF asks students about symptoms in a manner that should be generally resistant to cultural change: The somatic items Twenge examined asked about trouble sleeping, remembering things, thinking/concentrating, and learning, as well as shortness of breath. An interesting recent pattern emerged on these measures:

All the items end up significantly higher than where they started, but for many of them most of the increase happens over the first half of the time period in question. From the late 1990s or so until 2013, many of the items bounce around a bit but ultimately remain flat, or flat-ish.

Why have these symptoms appeared to plateau? â€œItâ€™s hard to prove causation in over-time schedules, said Twenge, â€œbut SSRIs came on the market in the early 1990s, and thatâ€™s exactly when these things started to plateau.â€ These drugs â€” Prozac and Lexapro, among others â€” have been prescribed to millions of people who experience these symptoms, many of whom presumably saw some improvement once the drugs kicked in, so this explanation at least makes intuitive sense.

It is the secret in plain sight: despite their wealth and technology, modern people are miserable. This indicates a non-material origin of their sadness, which seems to occur because of a lack of faith in the future, a failure by society to meet their existential needs, and the absence of any particularly compelling purpose to life. When our only goals are to attend jobs, buy stuff and try to escape the ongoing decline, people just do not feel like doing much, including reproducing. It is a hell from which they are only too glad to exit in death.

This, more than anything else, is what has doomed the Age of Ideology, which started with The Renaissance™ when humans proclaimed that the human form was more important than hierarchy, organization, natural order, tradition and even logic. Civilization gave up on having a purpose and decided to focus on individuals instead.

That in turn required mass manipulation, which means that an ideology must be created and enforced, and people will be treated as a fungible commodity like electric power which drives the wheels of government. This decision, made in the name of individualism, in fact penalizes individuality, and leaves people stranded in a society that recognizes their external traits only and ignores who they are inside.

With this misery, people are ready to destroy what we have. They know that it is a path that leads to nothing but death, so there is really no risk in bailing out on it; it is not like we can find something more fatal than sure death. Maybe it will kill us sooner, but if we are miserable, that is not a really disturbing thought.

The end of the Age of Ideology brings about what some are calling “the return of history,” in a nod to Samuel Huntington and his formative book The Clash of Civilizations and the Remaking of World Order, in which he suggested that external human organizations like ideology were dying and being replaced by organic groupings that could be instantly visually discerned, like religion, race, culture, ethnicity and tribe.

The return of history is a scary time. All that we have known is dying; while daily life will probably remain similar, what we view as good has changed, and so people find themselves desiring an entirely different type of society:

Are the norms underpinning the liberal democratic governments of North America and Western Europe as fragile as the communist ideology of Russia and Eastern Europe in the decades preceding its sudden collapse? Thatâ€™s the implication of a provocative essay by the political scientists Roberto Foa and Yascha Mounk in the latest issue of the Journal of Democracy using World Values Survey data to highlight the broad-based erosion in support for democratic institutions across the Western world.

…The dark specter of illiberalism across the West is symptomatic of a deep and broad-based decline in confidence in democratic institutions and ideas that has been taking place for two decades.

The decline has been longer than that. In 1789, liberal democracy began takeover of the West, and launched us into Napoleonic Wars, a series of revolutions, and finally, two catastrophic world wars. When the postwar order ended with the falling of the Soviet Union, people began to realize that this was the final condition of this path: existential emptiness, shopping, diversity, vapid public figures, dead culture, graffiti-scarred and ugly cities, divorce and promiscuity, and every other aspect of a failed culture on its way toward third world status.

We were told that social hierarchy — especially aristocrats — was the source of our misery, and that if we ruled ourselves, we would do better. That turns out to be a lie; democracy has caused more death and disaster than any other system of government, and it is destroying us from within as well. For this reason, people are backing away from ideology; they see it as a type of black magic because it always sounds good, and just as consistently produces horrible results.

Even unusual sources are observing the death of democracy:

â€œDemocracy is always presented as if it were incomplete, because democracy is not enough by itself,â€ says Macron, elaborating that there is always something missing in the democratic process; some sort of void.

â€œIn French politics, this absence is the presence of a King, a King whom, fundamentally, I donâ€™t think the French people wanted dead,â€ said Macron. â€œThe Revolution dug a deep emotional abyss, one that was imaginary and shared: the King is no more!â€ According to Macron, since the Revolution France has tried to fill this void, most notably with Napoleon and then Charles de Gaulle, which was only partially successful. â€œThe rest of the time,â€ said Macron, â€œFrench democracy does not manage to fill this void.â€

Democracy is artificial; aristocracy is natural, since human beings have different abilities and these place us in a hierarchy of capacity. Democracy is external, since we are forced to think about how our actions look instead of their results in reality, while aristocracy is internal because it is focused only on results, which apparently most people do not understand and fail to predict, as the results of democracy show.

The old West has died in a surge of mob rule and egotistic individualism as advocated in The Renaissance™ but arising far before when the middle class wanted the aristocracy out of the way so it could enjoy an unfettered business environment. We now see how that gamble ends, and we want off the crazy train to doom.

What Destroyed American Cities | The Consequences of Free Expression