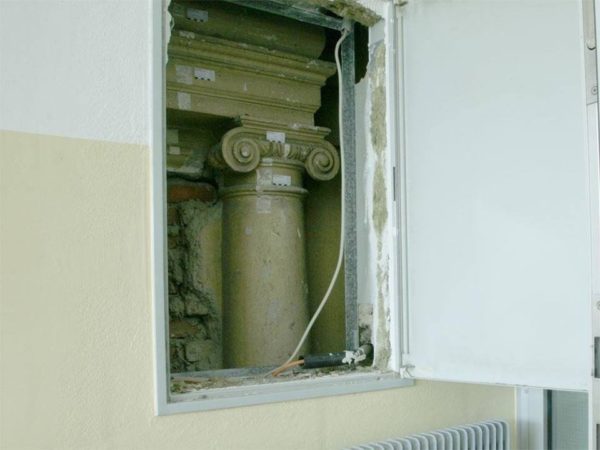 The modern era is defined by the focus on the human individual which is its core. That perspective inverts, or changes into its opposite, every value of the past, because those values were not focused on the self but on the order outside of the self. We must re-learn everything that was common sense in the past because we have not forgotten it; it was altered.

Such is the case with aristocracy, which modern people do not understand at all. To them, aristocracy means “rule by rich people.” This is typical of the modern materialist view which judges people as economic and political actors only, and is blind to the actual question of humanity, which is individual quality by wisdom, intelligence, spirit, moral character and talents.

Aristocracy recognizes that most humans are low in ability and motivation to do anything more than serve a relatively limited role in a local area. It also sees that, in emulation of nature, humans are pack animals who need strict hierarchy so that each individual knows what to do at any given time. If that is not present, humans revert to their monkey nature and become destructive.

The order of the pack can be achieved several ways. The simplest is combat; the strongest and best fighter wins. The problem with this is that it excludes wisdom, so humans sometimes choose instead those who make the best leaders, which is a combination of fighting and intellectual skill. This produces leaders who are able to manage others and understand long-term goals, and under that, we prosper.

In this way, aristocracy rises naturally. Any group of two or more people requires a leader, much as every home has a Man and Wife in complementary roles. The leader is not chosen by a vote, but by natural ability, judged by those who are most likely to be his peers; in other words, a hierarchy forms from the top down, and choices pass this way as well. This process emerges from human behavior.

To the dismay of moderns, this means that not only is there no voting about who should be the aristocrats, but there is also not universality. That is, if you are on the bottom of the pyramid, it is not expected that you would understand the choice per Dunning-Kruger and therefore, your opinion is not sought or wanted. Those of the highest ability, as demonstrated and perceived by others of high ability, make these choices.

Even more to their surprise, this means that aristocracy is the exact opposite of what they think it is. They think it means that we give power to the wealthy; what it actually means is that we find our best people, and give them wealth and power. This way, they will use that wealth and power toward good ends, and have no need for more so are uncorruptible.

The point of aristocracy is to conserve the good in our society by placing it on top of the hierarchy as an example and so that the rest of us benefit from its abilities. These good people then own most of the land, and tend to keep a good deal of it natural, as the “green belt” in Britain was before it was torn down to make housing for immigrants.

In turn, aristocrats are permanently bound to duty. Rarely do any quit their positions, and they know that they and their descendants will be held responsible for whatever they do. Further, they are not politicians who view their roles as a job, and society as something contracting with them, but representatives and part of that society, inseparable from it.

It is not surprising that aristocrats in the past and present tended to be hard-working and diligent about getting the details right, something none of our politicians seem to care about.

Aristocracy includes a hierarchy and caste system. The hierarchy expresses itself in different levels of aristocrats — kings, dukes, counts, lords — who form a cascading power structure from the king downward (empires are generally a religious construction, and violate the principle of nationalism, so will not be discussed here).

Power is strongest when it is most local. The lord of a certain parish or county will have more direct power over his citizens than the king, who has no limits on his power, but tends to administrate at a higher level. This means that instead of bureaucracy, case-by-case decisions by those actually in power are used to regulate society, making law and red tape less important than anticipate consequences of any action. A law says that pollution from a plant must be below a certain level; a lord may order the plant to cease any action that pollutes at all, or any other action that in the view of that lord, disrupts the local community.

As a result of its cascading structure, aristocracy creates a society around it that follows a mesh pattern as seen in agrarian societies. Instead of huge cities as hubs, there are many smaller cities surrounded by towns and outward from that, villages. These overlap to some degree such that while the individual is never that far from civilization, human habitation is also dispersed so that its negative effects are lessened and no one is anonymous. Instead of a binary hierarchy, where there are those in control and those who are subject masses, there is a tiered hierarchy where everyone has a place and, unless they prove grossly incompetent, will retain that place on the basis of its local connections. This spreads stability and security, and ends the competition that has incompetents aggressively campaigning to become wealthy.

In addition, under aristocracy civilization is liberated from herd opinion. There are no thronging masses waiting to be inspired by the political trope of the day spoken from on high. Instead, there are leaders who are directly accountable for their actions, and who can filter out troublemakers by exiling them. Aristocracy inherently recognizes that whatever is popular is wrong, and that what requires someone of intelligence, moral character and experience to see is what will work best in the long-term, which is the only time scale that counts because only when people can rely on their surroundings to be consistent throughout the ages can they trust that their work and efforts are worth doing.

Aristocracy also implicates a caste system, which generally fits the form of 1% Brahmins, 9% Kshatriya, and 90% Vaisyas and Sudras. Brahmins are the leaders, priests and wise men; Kshatriya are the warriors and artisans, and make up today’s middle classes; the Vaisyas are the merchants, and while they can be quite wealthy, are not accorded respect as leaders, and Sudras are the working class with several levels within it. This caste system ensures that each person can compete at a level where they can do well, and that they are not given power they do not understand how to use.

This caste system arises from an understanding that traits are heritable, as Charles Darwin taught us in the West. Someone who is good at leadership, if he marries a woman of similar ability, will have children with that ability unless they are abused or have some mutation so grotesque that it damages them. In the same way, the other castes perpetuate their traits as well, and the only way for people to rise in status is through multiple generations of actions which are above and beyond what others at their level do.

Such as it is, this outlook is cynical about wealth. Those who are good at making money are bad leaders because the two are entirely different skills; someone who is good at making money aims only toward a narrow end, profit, while someone who is a good leader aims for good results in reality, which means something that benefits civilization as an organic whole, or an entity in which each of us serves unequal roles apportioned to our abilities. Aristocracy is based in duty and excellence, and the ability to make money easily implies an opposite of that, which is why aristocrats do not behave like our rich people now.

Inherently nationalistic, aristocracy recognizes each nation as a tribe of its own and the interests of that nation as inseparable from those of the tribe. There can be no separate entity, like government, which manages society for its own ends; aristocracy manages society to thrive because only that grants the aristocrat success, and since they already have money and power, only success at real-world tasks will allow them to advance in stature in their society. Since humans are social animals, and status competition is a hard-wired behavior, this redirects an otherwise abusive human behavior into a constructive one.

Those who criticize aristocracy generally mention its downfall, but few mention that it avoided the worst of the wars which we unleashed on ourselves later, drove off the worst of the threats, and made our society prosperous enough that mass revolt was even possible. As we have seen through the last few centuries of conflict, corruption, social decay and a failure of our cultures to produce the same abundant art, learning, architecture and literature that they did under the monarchy, we were better off in the long-term with aristocracy.