Are We Suffering From Too Few Executions? 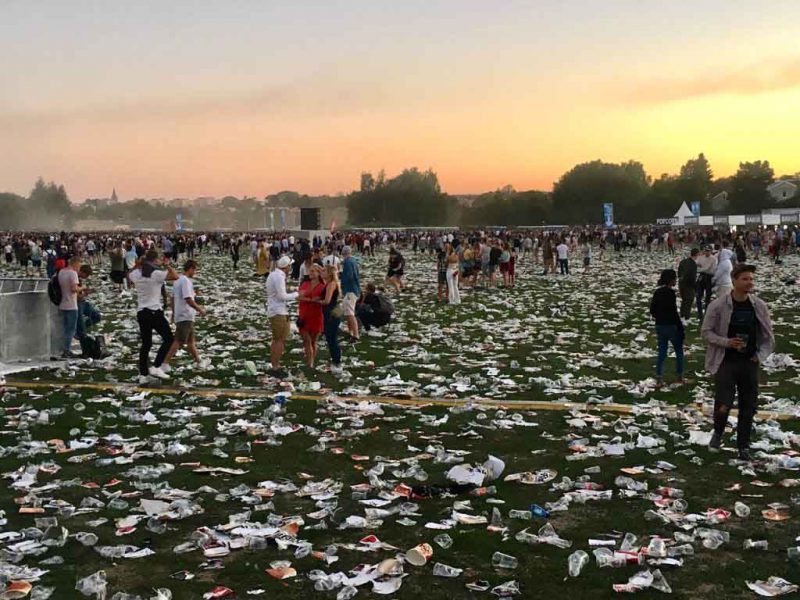 Like most things in American law enforcement, the death penalty has proven controversial because we do not trust ourselves. Diversity has divided us to the point where there is constant crime and in order to keep it from taking over, police and prosecutors are under tremendous pressure to find bad guys and put them away.

However, since our legal system is based on individual acts — and you cannot generally consider other individual acts, such as criminal history, in the courtroom — we cannot simply tell them to remove bad people so that good people go free. No: we must wait for the bad people to kill or injure the good, and then we take those casualties and lock up the bad, in theory.

Since we have no trust in this process, either to save us from the chaos or to correctly find the right anonymous criminal who lives like a parasite off our society, the thought of executing people makes many queasy. What happens if you kill the wrong guy? It depends, perhaps, on whether he is merely “not guilty” or actually innocent, meaning not a degenerate criminal!

However, the media likes to give us the sob stories and bittersweet, conflicted picture of reality that makes us feel better about doing nothing and pitying ourselves instead. For example, the bright keyboard warriors of the press inform us of the horrible home life of a killer that the court “refuses” to consider:

In many ways, Miller’s life was also one long cruel experiment. Take a young boy, who first experienced alcohol’s influence in his mother’s womb, and see his basic humanity violated by everyone close to him. See him first sexually assaulted when he was just 4 or 5 years old by a cousin and later, according to court records, by one of his grandfather’s friends. See him raped and sexually assaulted by his mother — herself living with a brain damaged by toxins from the plastics plant where she’d worked — who would also whip him with a belt, an extension cord, a wire coat hanger or an umbrella. Then introduce a stepfather, an angry drunk who took physical abuse to another level. On one occasion recorded in court documents, Miller’s stepfather “knocked David out of a chair, hit him with a board, threw him into a refrigerator with such force it dented the refrigerator and bloodied David’s head, dragged him through the house by his hair, and twice ran David’s head through the wall.”

According to those documents, by age 10, Miller had twice attempted to kill himself and had begun drinking alcohol. He would go on to abuse psychotropic drugs that mingled with what was by then a documented history of psychotic episodes. Miller and his siblings were removed from their dilapidated home at least once, but soon returned. As a 16-year-old, he allegedly tried to rape his mother at knifepoint. He told mental health professionals in prison that he didn’t remember a single time his parents told him they loved him. And when his mother died, her obituary reportedly made no mention of him.

Of course, this does not explain why some people with abusive backgrounds grow up to be haunted functional adults, and others aim to destroy themselves and everyone around them with murderous rages. It seems that in our collapsing civilization, many children grow up in homes of abuse, and not that many of them end up rage killers, although enough do to make us wary.

This article goes into the pointless murder that occasioned the execution, and tries to tell both sides, but brings up an interesting point, namely that no crisis happens by one person alone; there is usually a sequence of bungles that leads up to a condition of total instability.

Lanza wrote in what appears to be an online communication with a fellow gamer: “I incessantly have nothing other than scorn for humanity,” the Hartford Courant reported. “I have been desperate to feel anything positive for someone for my entire life,” he wrote.

From the 10th grade, Lanza’s mother kept him at home, where he was surrounded by an arsenal of firearms and spent long hours playing violent video games. His medical and school records included references to diagnoses of autism spectrum disorder, anxiety and obsessive compulsive disorder.

In other writings, he rages against “fat people” doctors who touched him during physical examinations as a child and writes about pedophilia as a form of love.

Clearly mental health issues are evident here. The parents did nothing… the authorities did nothing… apparently no one else was involved who had any authority, because we do not hear of a church or any other organization present. What would CPS do? A kid this far gone needed to be removed from society, not kept around weapons, and probably institutionalized in the hope that he would someday be cured.

And yet… nothing. The problem was swept under the rug. For the authorities, dealing with him meant risk to the person taking on the case, so no one took on the case; that is how you end a career, where finding some impoverished black kid that you can get into college is how you make a career and end up on television to boot.

For the parents, this was a dead loss. The father bailed to a new relationship. The mother seemed to think she could fix the problem by institutionalizing in place with video games, but this only made the void deepen. A gnarly problem festered and became malevolent.

Had he survived, Lanza would probably have been executed or at least jailed for life, the more sadistic option to execution. However, the causes of his broken life would continue unabated in the form of the people around him who failed to do something. You get few points for arresting the perp after the crime because the damage is already done.

The first article gives us a hint of this thinking:

Outside, after the execution, Kissinger continued: “And if any of you have been reading what we submitted to the governor, what we’ve been saying to the courts for the last 20 years, you’ll know that he cared deeply for Lee Standifer and she would be alive today if it weren’t for a sadistic stepfather and a mother who violated every trust that a son should have.”

Sure, his stepfather and mother were bad. Lanza’s parents were awful too. What about those CPS workers? Let’s go further… how about the people who make a broken society, then steadfastly refuse to even see how broken it is, simply because it would offend their pretense of being good egalitarian altruists? Or the people who ignore the dysfunction daily?

At some point we have to admit that, while broken people appear in any society, our society seems to specialize in generating them because it is dedicated to remaining oblivious about obvious problems. We live in denial because we have given up hope of change because the rot has become a core of our society, namely egalitarianism.

With egalitarianism, we are all equal, and choices of sane or insane lifestyles are merely that, arbitrary choices. In a sane world, the David Earl Millers and Adam Lanzas of the world find themselves interrupted before they reach the point of detonation. Their parents find their worlds turned upside-down before the lugubrious murders.

That might be too much sanity for us right now, but those who come in the future will see this extremism as normal. We got sold a bill of goods during The Enlightenment™ which insisted that each person is a special snowflake and their choices are sacred. In the future, only reality and adapting to it will be sacred, and threats will be ejected before they can kill.