What Really Backs A Fiat Currency

by Jonathan Peter Wilkinson on December 26, 2018 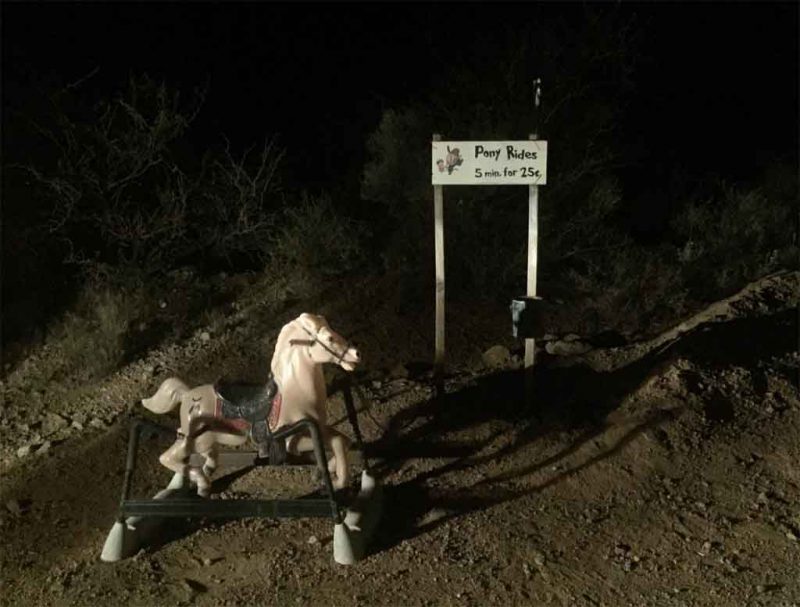 So you’ve signed up for that Econ class on Money and Banking that will make you a millionaire. It’s the end of the semester, along about Christmas Break. You’ve taken the notes, reviewed the notes, popped the No-Doze, drank the Red Bull (sans Vodka for once) and are now off to your final exam.

Question number one reads something like this: “An evil James Bond villain, Goldschwein, devised an iniquitous plot to destroy the USA by robbing all the gold from Fort Knox and killing the economy. Explain in the context of the definition of a fiat currency why this plot could no longer work after The Nixon Presidency.”

Mustering the fine art of scholarly regurgitation, you make moves that do Ex-lax and Metamucil both proud. The answer centers around what Progressive economists see as the evolution of money beyond any dependence upon what John Maynard Keynes once dismissively described as “The Barbarous Relic.” Hard money, backed by a store of valuable metallic specie, was necessary in unenlightened times when peasants were too crazy to properly trust the government. A Pound Sterling Note at least theoretically obligated Her Majesty’s Exchequer to honor the note as a claim to an agreed upon amount of Stirling Silver. This, in turn, limited either the value of a unit of currency or the amount thereof in circulation. If the Welshmen couldn’t bludgeon the blasted hills into a higher yield of specie, Her Majesty could just bloody well do without a couple of extra scones to go with her high tea.

It also required that the government, at least theoretically, maintain a reservoir of precious metals on hand to honor claims made against the promissory value implicit to all issued notes of currency. In Her Majesty’s upstart, rebellious colonies across The Atlantic, this store of value consisted of Gold Bullion held under armed guards at the National Depository. The Depository is located at Ft. Knox and, as legend has it, is accessible by vehicle via Gold Vault Road.

Barbarous or not, detaching the value of the currency from the physical limitations of our gold mining industry renders the gold inside Amerika’s National Depository something of a quaint and lovable national relic. More importantly to the progressive economist, it allows the government to determine what a good money supply would look like. It can then manage the size and liquidity composition thereof via a vast gallimaufry of boring and obscure debt transactions with banks and other governments. All of this retains value based on some purple and pink unicorn known as the “The Full Faith and Credit of The United States Government.” Thus, even if Goldschwein pinched a big pile of our actual gold, the currency would still grind on, and on, and on ad infinitum. This is because fiat currency is currency that a government says has value.

Government had essentially walked to the edge of a cliff. It now had options in terms of policy and power that Phillip Augustus never would have dreamed possible. The government not only owned the mint, they could produce regardless of whether they had value to back the issue or not. I keep looking for the bank or credit union offering a similar type of checking account. It all works like magic. As long as you and I believe in magic.

If governments had walked to the edge of the cliff on what made money valuable, it took a few Libertarians would could sling an algorithm to not trust The Man and walk right over the edge. Once the blockchain became mathematically solvable with finite, unique, and idempotent solutions, the cryptocurrency was born. The units of issue for a cryptocurrency consist of these unique solution points to whatever blockchain is being worked. The value occurs when users pay pre-existing monies in return for the ownership rights to a particular solution point. If I were to willing fork over $10 to hold the rights and won that particular auction, that particular solution point would become the digital equivalent of a $10 bill.

This $10 Bill may or may not really fulfill the purpose and mission of money. A valid money serves three purposes. It is a store of value. This means the digital $10 bill will actually stay worth $10 over some time horizon greater than the time horizon I personally require for that particular Bitcoin to be worth $10. A perfectly valid money is a universal medium of exchange. The money has to acceptable to anyone anywhere I would do business, in meatspace or cyber. A valid money is a unit of account. If I have twenty-five blockchain solutions on the thumb drive in my vest pocket, and you know that to be the case, you should be able to multiply in your head and easily determine how much cash I have on the thumb drive. Taxes and fees should be payable in Bitcoin with perfect understanding by all parties involved of exactly how much value has been ceded or received.

This is where the cryptocurrency revolution meets with the Empirical Death Star. Bitcoin cannot be a unit of accounting if different solutions to an identical blockchain are traded for different values on different days. The dollar fluctuates on the currency markets, but it doesn’t fluctuate when you and I trade them back and forth. The buyers and sellers in a dollar-denominated transaction can and probably will inflate or deflate their bid and ask prices based upon what they believe a dollar should be worth. The dollar, however remains constant. Differences in the perception of that constant are what make dog fights and option trades more fun.

Thus, like any other failed currency such as the Thai Bhat of Soros infamy, Bitcoin became an exotic investment vehicle rather than a legitimate money. Then began the roller-coaster ride. John Crudele of The New York Post takes his guess as to the final destination.

I predicted a number of times that bitcoin would eventually be worth $0. On the day that column was published, bitcoin was selling for $15,144. That was below the $19,650 peak it reached on Dec. 16, 2017. Over this past weekend, the price had fallen to just $3,600, which is still $3,600 too much. Since its peak, bitcoin has lost about $700 billion in value. Think of it this way: The early participants in this pyramid have made a lot of money, but other people have lost $700 billion of their money in less than a year. What caused that price decline? Nothing. That’s the same reason why bitcoin was once worth $19,650, or $15,144, or any amount….

So here we have a currency that is essentially worth what an auction result says its worth and nothing else. There is nothing in a vault being guarded by burly and aggressive soldiers to back it up. It traded openly as a currency and it has seemingly retraced the Flight of Icarus. All that’s missing is the ugly faceplant followed by the splash. Next month the US Treasury is going to auction off a big load of bonds. The value of the USD will fluctuate in part, based upon the results of that auction.

There are only two things preventing that auction from setting the value of the currency in your wallet. First, the UST can alter the supply of money to enhance or retard the impact of the auction results on the pricing of currency. Secondly, the IRS, FBI, and a myriad of other highly unpleasant tentacles of the USG can make you accept the USD as a theoretically valid money. Otherwise, what Jazz Shaw writes here would be frightening truth.

There is one area where I would take exception with the author’s description, though, and that’s the comparison to other mediums of exchange with perceived value. Take the US dollar for example. Particularly since the time that it was completely unlocked from the value of gold and silver held by the government, our dollar is also more of an “idea” than a thing with measurable, substantive value. Sure, you can tie the value of the dollar to our GDP or whatever you like, but it gets traded largely based on how strong people believe the US economy is. When bad news rocks the headlines, the dollar grows weaker.

Not to Black Pill Jazz while he attempts to Red Pill me, but here goes. Remember that happy phase “Full Faith and Credit of The US Government.” It’s a bit like The Ministry of Love from the Orwell novel. The US Government retains full faith and credit based on one thing and one thing only. It retains the ability to pretty much smash anyone that says otherwise. A Fiat Currency is only as valuable as its issuer is lethal and willing to employ that lethality on behalf of the currency-holder. Am I the only one who finds that proposition considerably more barbaric than the barbarous relic that cheesed-off Sir Maynard-Keynes?

Nihilism, Universalism, Conservatism | Are We Suffering From Too Few Executions?