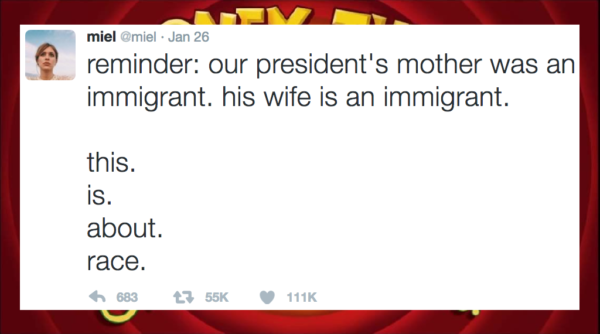 The Alt Right rose as an alternative to a Leftist-hybrid mainstream conservatism and a pathological underground conservatism absorbed by directionless neo-Nazis both. As a result, it knows more of what it dislikes than what it likes, and has struggled to define itself despite an incipient sense of general direction.

This has caused tension with the Alt Lite, who are also seeking an alternative but base their objections in the Leftist ideal of equality, expressed in freedom of speech and association, following the vein of the Libertarian wing of the Right. This periodically explodes into factionalism and virtue signaling as the Alt Lite tries to both reject the path of modern civilization, and hang on to its core ideas:

“White pride, white nationalism, white supremacy isn’t the way to go,” he continued. “The way to go is reminding them and yourselves that you should be aspiring to values and to ideas.”

“You should be focusing on what unites people and not what drives them apart,” MILO concluded.

While the Alt Lite has done much good, namely by forcing the Left to abandon its double standard on free speech, it also misses the point: all politics is identity politics because each group represents its own interests. People are altruistic in name only because public altruism wins them virtue signaling points, which enables them to act for the self-interest of their group but in covert ways.

Currently humanity finds itself in a struggle between first world and third world. The first world has advanced its level of learning, technology and social organization and consequently finds itself wealthy and powerful, with high average IQ populations and smoothly functioning institutions, or at least it did until the Leftist takeover following the First World War.

The third world on the other hand never produced these functional behaviors, and so remained mired in self-destructive behavior, as is exemplified by the constant graft, theft, bribery, assault and vandalism that is the norm in those societies, which have low average IQ populations.

In order to acknowledge this struggle, we must first see that each group acts in self-interest. Using that reasoning, we can see that neither are first world multiculturalists altruists, nor are immigrants coming to be “assimilated.”

They are coming to conquer. That they use passive means — moving in, demanding society adjust to them, and reproducing until they can vote themselves into power — does not matter, nor does it matter that they do not consciously intend these things. Their presence, whether they mean it or not, amounts to an invasion.

For this reason, those who reject identity politics are in turn rejecting the uncomfortable reality of politics, which is that it is a racial construct more than anything else. Ideology does not replace self-interest; it is merely used to cloak it while convenient and then discarded. The West will destroy itself by accepting ideology at face value.

We know that the Alt Right wants to navigate between cuck and sperg, or the two extremes of the Right, with “cuck” being the Leftist hybrids in the Republican party and “sperg” being the people who seem to delight in racial cruelty on the White Nationalist front. Neither is a functional model.

In fact, the Alt Right represents a third path: recognize that what the spergs talk about is part of the truth even if it is socially taboo, but that we can understand it in a logical/factual and not emotional/personal way. Further, that while the cucks are clearly broken, any political movement will have to focus on keeping civilization as functional as possible.

The Alt Lite wants us to see two divisions: real conservatism and identity politics. There are in fact three divisions, with identity politics being present in the third, but not the whole of what it is about; while the spergs fixate on race (and Jews) the Alt Right takes a more realistic view, which is to acknowledge that all parties act in self-interest and to unite the self-interest of our leaders with our self-interest as a tribe.

Everyone is lying to you. The mainstream Right wants you to think that respectable politics cannot recognize racial and ethnic self-interest. The White Nationalists want you to think that politics is limited to that issue. And the Alt Lite comes in on the side of the mainstream Right by pretending that we can fix the current system with more “muh freedom” and “muh equality.”

Conservatism failed as a movement, not as an idea, because the movement drifted away from the idea as the West drifted Leftward in the fervor to be anti-conservative (including nationalism and resistance to moral relativism) after the First World War. The idea has always been consistent, but its public face was modified to make it more accepting of Leftism so that Leftists would accept it.

However, now we know that there is no bargaining with Leftism or any other form of cognitive error. They act to destroy us, and will call us Nazis whether we advance a moderate idea or a radical one. Their goal is to enforce a Leftist takeover of the West by constantly pushing the public debate Leftward, so that at some point they can include conservatives entirely.

While it does not have a formalized platform, the Alt Right comprises a clear set of ideas inherited from its roots in libertarianism, the New Right, nationalism, Neoreaction, red pill and traditionalist communities. It knows what it wants, but that path does not involve either the mainstream Right or the underground Right.

The Alt Right is part of the same cultural movement that propelled Donald Trump to victory, and this cultural wave is a rejection of Leftism and affirmation of realism, including the fact that all groups act in self-interest. We have had enough of ideology; it is time for sanity, adaptation to reality, and a civilization oriented toward being good and thriving instead of using itself as a means-to-an-end to achieve world Leftism, or “globalism.”

It can win when it takes a third path. It does not need the dead notions of “White pride, white nationalism, [and] white supremacy” as Milo notes, but a revitalized nationalism. It does not need totalitarianism, nor democracy. It needs to provide a path out of the ruin of modernity, starting with the assumption of human equality, but it cannot stop there.

The Alt Right thrives when it provides a vision of what it wants in concert with what it rejects. The modern order of liberal democracy has failed; we want a traditionalist society with strong nationalism, based in realism and not humanism, and we barely know what it looks like… yet. All previous Right-wing orders have failed, and only the Alt Right remains; now is our time to dream.

Dissident Right Reviews Nihilism: A Philosophy Based In Nothingness And Eternity | How To Replace Obamacare: Remove The Healthcare System Entirely