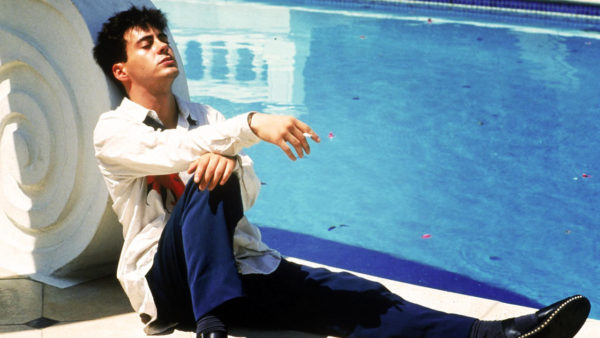 Two of the questions that have baffled writers in our time: Why do we not fight back? and Why are we failing to reproduce? The same answer addresses both: our people are existentially miserable.

Existential misery refers to concerns related to existence itself. People who are existentially happy believe they have purpose, that the world is basically good or at least not headed toward failure, and that they will have meaningful lives.

These are the questions of purpose and meaning that disturb our sleep in the middle of the night. Those who feel existentially lost sense that their lives have no greater meaning than material consumption and labor, and tend to self-destruct if they are above a certain level of intelligence.

At the core of an existential question lies the troubling idea of hope. Those who have realistic hope, meaning that things will turn out for the best based on the sanity and stability they see in their civilization, tend to thrive and be productive, happy and connected to the world around them.

On the other hand, those who lack hope tend to destroy themselves by failing to reproduce, self-sabotaging, and other behaviors of unhappy animals. This shows us that the central question regarding European-descended people is Why are we so hopeless?

We have no faith that our lives are good or that the future will be good; in fact, even if we are afraid to articulate this, we believe the contrary. This is made difficult by the fact that on the surface, all is shiny and wealthy, happy and content.

People drive by in new cars. They go to jobs with fascinating titles. They always have new gadgets and objects to discuss, if not the 500+ channels of cable and internet. We have progress. We are good. Or are we?

Despite all outward signs of being good, we — the descendants of those who made this civilization — do not like our society. Its wealth is wonderful, but seems to mostly go to the wrong people. Its technology is great, but always glitches and then breaks down after only five years.

We want to escape it, in fact, which is why everyone dreams of getting rich and bailing out. An entire society is a hamster on a wheel, just for the chance to escape that society!

Our people are miserable is this is why they are dying out. Conservatives shut the door on the world, go back to work, pay their taxes and grumble to let off steam, then do nothing. Leftists find their Utopia empty, and redouble their efforts. No one is happy with the situation, but because they are atomized by social isolation, they engage in “compensatory” behaviors or those which make the individual feel better about the world rather than attempting to change it.

Nowhere has this hit harder than with Generation X. Growing up as “latch-key kids” who were the products of divorce and social breakdown, Generation X realized that they were going to be adults in a world without social order. They could rely on nothing, were targets of predatory business and government, and saw that their society was entirely without future. They retaliated with a dropout culture that matured into total rejection of society and a desire to destroy it.

The result is a nation ready to split in half, with one side belonging to the Left and the rest for the realists. The realists will identify the following as the fatal flaws of liberal democracy that have shaped the lives of Generation X and made them detest society:

This is the nightmare into which our Leftist regime launched Generation X starting in the 1980s. Back then, the disaster was just beginning to gain momentum, but none of us thought there was any future in this world. This created zombie citizens who wander alone through the world, finding nothing of importance and like a star before becoming a black hole, imploding on themselves.

Generation X is a group born without hope. Their parents, the 1968er “Me Generation” Baby Boomers, climbed up the ladder and then pulled it after them, leaving people stranded without a civilization that gave them any hope. In this hopelessness, they have begun to die off, having known since their early teens that this disordered, insane world offered nothing but death.

Along with millennials, Generation X propelled the Alt Right to prominence because they realized that the collapse was upon us. Society was dead when they were born. We are now just carving up the remnants. The only fix is to radically remove the insanity foisted upon us by tearing it down to its roots, and excising those. Extremity is no longer extreme; it is the bare minimum for survival, and this is why the Alt Right arose among Generation X.

Any solution will begin with peeling back the above policies. Remove affirmative action, sexual equality, diversity, unions and equality from the law, and leave it up to people — not government or ideology — to organize their lives. Only in this way can we back away from the abyss, and then run in another, more constructive direction.