A Middle Path For The Alt Right 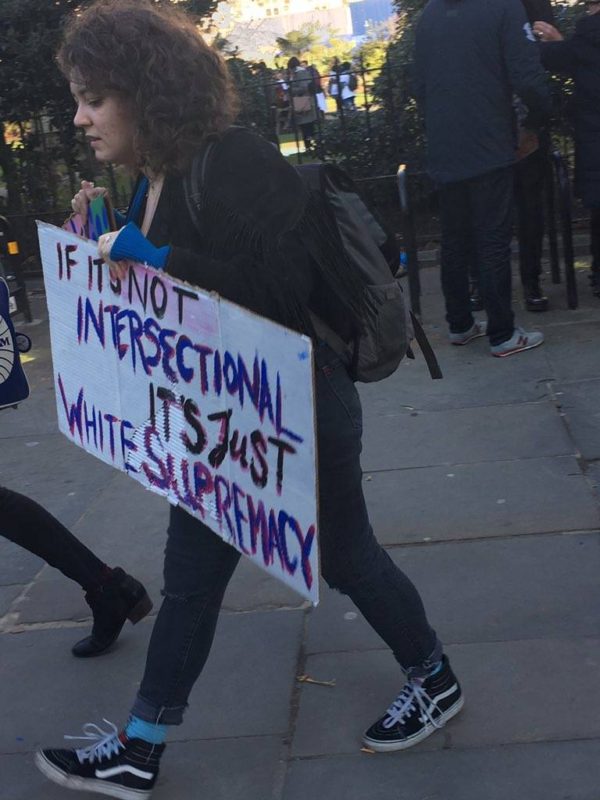 Perhaps the doctrine from Buddhism that is most useful on a daily basis can be found in the idea of the middle path, which also possesses counterparts in Greco-Roman ideals of balance, golden means and natural orders and hierarchies. The essence of the middle path doctrine is that in every situation, people gravitate toward extremes, but the real solution is found in having a direction toward a goal and pursuing it through methods that fall between the extremes.

Much as the old saying goes that “exceptions strengthen the rule,” meaning that in a relative universe we only know something through its opposite, and so an exception shows us just how consistent the rule is in the vast majority of cases, extremes serve to reinforce a center. These extremes feed off one another, creating motion back and forth, and somewhere in the middle, a realistic and measured path emerges — if one is fortunate to be aware of what the actual goal is, knowing that the first thing extremes do is redefine common sense goals toward scapegoats, distractions and other human pathologies.

The Alt Right came about for two reasons: in the mainstream, people would not talk about problems of vital importance and the clear logicality of certain erstwhile taboo solutions; in the underground, people refused to do anything but talk about these taboos, turning them into a goal in themselves which leads to pointless stupidity including violence. The big secret of the Alt Right is that it is not White Nationalism, but a reaction to White Nationalism as much as it is to the John McCain style bend-over-here-it-comes-again Republicans.

As modern citizens, we live in an egalitarian time, which is essentially chaos kept in check by concealed power that never arrests the decline. That is because egalitarianism itself is a rationalization of decline; if we cannot stop our downfall, we might as well make sure every person feels comfortable, which happens through the class war pacifism of equality. This leads to another form of pacifism, democracy, which ignores what is right and necessary and replaces it with whatever makes most people feel comfortable. At that point, we have chosen the mentally convenient over the realistic, and so our system cannot make any sane choices except in a crisis when even “most people” see the obvious.

In this time, every decision will consist of choosing a middle path between cuck and sperg. “Cuck” (verb, noun and adjective) derives from the term cuckold which in internet-speak came to mean anyone who is cowed into accepting the lies approved by their social group when those lies conflict with what that person knows to be true and his own needs. “Sperg” is a nasty little term arising from the armchair psychologist diagnosis that Leftists started using in the 1990s to cuck people into denying facts. Someone is a sperg if they notice a socially inconvenient fact and demand it be addressed, in the Leftist usage. However, since that time, sperg has come also to refer to those who then fixate on that socially inconvenient fact and use it to explain all other facts, such as “lower black average IQ is why American television is so bad” (hint: American media was bad even when Stepin Fetchit was the only black role allowed).

With those terms in mind, we can look at American politics through the actual issues we need to be concerned about

You will not hear about these issues on your television, from politicians, in academia or even in conversation with your local fans of politics. That is because these are long-term decisions and politics makes any action on those too risky for an individual to attempt, because politics always goes to whatever is easier for most people to understand — a type of lowest common denominator — and so is bigoted, biased and hostile toward complex ideas, and these are required to understand the importance of long-term decisions. All civilizations in decline have this “every man for himself” attitude.

The root of the cuck/sperg dichotomy is found in the denial of these issues. Cucks, thinking of their own self-interest before that of the group or nature or the gods, will deny these issues. Spergs, getting a sense of how much is denied, want to focus in on one solution to one of these issues, and use fanaticism about that to make themselves feel mentally comfortable about the other things going wrong. For example, a diehard racist will believe that if he eliminates white, black or Jewish people, then society will overcome its other problems by some kind of magic. That is the essence of the sperg mindset. A cuck, on the other hand, will accept that “everything’s going to hell in a handbasket” and use that negativity to justify doing nothing about real problems while building up personal wealth and power in the hope of escaping personal consequences of those problems (hint: this never works, because as order declines, the wealthy and powerful become targets and are sold out by their personal security forces or mercenaries).

Extremes such as these provide a sensible middle path: instead of denying the problem, or denying most of it through obsession with one problem, design a solution for all problems. This takes two forms, short-term and long-term.

In the short term, the West is trying to shrug off the immediate doom brought on by Leftism and democracy. These two things create one another: the root of Leftism is egalitarianism, and democracy is based on egalitarianism, so the system has been corrupt from day one because it can only go in one direction over time, which is toward more egalitarianism. All of the intermediaries and proxies — liberty, freedom, justice, free markets — are desired because they offer a way to co-exist with the insanity of egalitarianism without being personally destroyed by it, forgetting that destruction of a civilization means personal genetic destruction in future generations.

In the long term, the West is attempting to reverse its decline. The good news is that we encountered decline, unlike other societies, because we succeeded and therefore got to a new level of complexity and scale which brought with it new problems, and we are now struggling to fix those problems. The list of actual issues above nicely encompasses what must be addressed here, even though these problems seem intractable because the obvious and also singular solutions to each are taboo to the herd, and when mob rule is the standard, the will of the herd banishes any such realistic, intelligent and life-affirming thinking as to try to solve fatal long-term problems!

Our success in beating back the immediate threat of a chain reaction virtue spiral from Leftism and long-term civilization decline from individualism will determine the binary question of whether we exist in the future. While it will take time for decline to reach us, it will eliminate us eventually, and as is the way with most natural systems, the process accelerates as it becomes closer to fruition. This then defines our path: we must choose a direction that goes away from these twin forms of decline, and between the extremes of cuck and sperg.

Enter the Alt Right. The Alt Right does not formalize itself as an ideology, and so keeps itself flexible by having a high degree of internal dialogue. It also avoids cuck by being outright irreverent toward sacred cows that are not backed up by a record of time-proven success, and avoids sperg with the same irreverence, mainly by being skeptical of anyone who claims to solve all of our problems with “this one neat trick,” as egalitarianism did when it promised, during The Enlightenment,™ that equality would deliver us from internal conflict through ending competition via pacifism.

The glory of the Alt Right is that while it is not extremist and fanatical, it is unreasonable, because being reasonable leads to getting cucked by those who are not reasonable, and therefore both roll over the reasonable — who rationalize their own defeat as victory — and set a new social standard that approves of misbehavior, thus encouraging it because bad behavior is always more efficient and rewarding to the individual in the short term than good behavior.

Our middle path consists of going to the root of the problem in the West and seeing that it is individualism, or the tendency to put self first before principle and people. We recognize individualism on the battlefield as cowardice, because any soldier who refuses to engage the enemy in order to preserve himself, and thus endangers or indirectly kills his comrades, is a threat not only to individuals, but to the unity of the military unit itself. When cowards are present, a good man will go forth and get killed so that cowards can survive, so good men hold back, just like the cowards. This behavior then spreads like a virus, much as individualism has spread through the West.

To hold back individualism, we must nail “equality” to a cross and watch it die. There is no equality; people vary in quality. If you want better quality people, you must reward the good and punish or at least not reward the bad. If you want a working civilization, you must not only have a hierarchy of leadership, but a social hierarchy, called caste, where people are only allowed to make the decisions they are competent to make. In any population, only about 5% are natural leaders, and only 1% can understand the basic concepts needed for leadership or avoiding long-term problems. It is essential that those have strong power over the rest, or we see the kind of chaos that we dwell in daily.

This approach avoids the dual extremes of democracy and dictatorship. The former avoids long-term problems and self-destructs, revealing itself as a variety of cuck; the latter pursues symbolic or ideological issues in order to maintain its own power, and so becomes pointlessly extreme and cruel so that it can be stable, revealing it as a variety of sperg. These two paths, cuck and sperg, lead to doom. It is not equal doom, meaning that they do not create the same exact results, but these dooms are two tributaries of the same river, which leads to civilization decline that manifests as a slow conversion of first-world high IQ single-ethnic wealthy and knowledgeable societies to third-world low IQ mixed-race impoverished and ignorant societies.

At the end of the day, for humans, “the problem is us.” What we think we want, or in other words what we intend, is usually what is worst for us. People power makes other people happy, so is socially a winner and personally more convenient and profitable, but this individualism causes society to break apart. The Alt Right is navigating between cuck and sperg, which are both ultimately scapegoats, toward its real goal: reformation of the Western soul, culture and civilization to rise above the broken notion of equality, and through that, to end both short-term and long-term fatal problems that are precipitously close, at the time of this writing, to ushering us into the grave.